As you know, it’s been a tough time in the past few weeks (with the passing away of Malcolm Willstrop, Hollie’s coach). So really I wanted to try and enjoy being on court, stay on there as long as I could. And just try not to be too angry which I feel like I did. 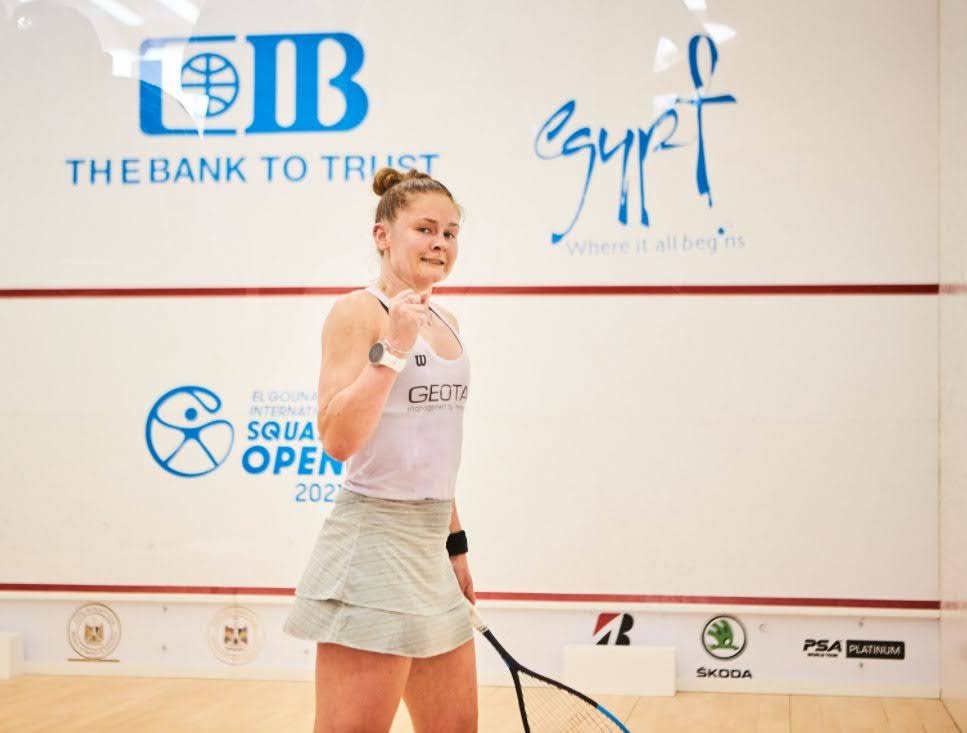 There were patches in there I played just like I wanted to play, taking the ball in, I had some good holds, finding the back of the court, it was just a little bit of consistency.

I’m happy with it overall, despite the little ups and downs along the way.
I just wanted to play the way we’ve been working with Malcolm, he just liked the game to be played in nice spirit. He liked the variation, he had a huge part in me finding the confidence with the variation, so I can keep going, and keep making him proud.

Everyone at Ponte, they are all behind me, and Pat, we all know that Malcolm would be happy to see us play the way he wanted us to play.

Hania : I never played against Emily, so I didn’t know what to expect. She is a very tricky player, she can do kills from anywhere, and that’s both tricky and worrying at the same time. I had to be really focus in order to win 3/0.

I would say I played really well today, I’m very happy with my performance. After BlackBall, I wasn’t really happy with myself, and I worked on a few things. And I could see the improvements I’ve made to my game today.

I really worked on my mental state after BB, and I worked on myself between the two events, and I’m ready now.

Emily : When I went to Blackball, I was just burned out, exhausted I didn’t get the combination between COVID lockdown and working. But here I came quite fresh.

I don’t think I’m a million miles away although when the ref read the score out loud I though 11/4, but I thought I played quite well.

It’s quite bouncy, and she got a better line, especially on the forehand side, her width is sharper than me. And I overhit my length, she did more with that than I could do with hers. And when I hit a drop, it was a bit too high, where hers were just perfect for the court conditions. And I didn’t quite get that. If I won a point it was because it was tight, not because it really sat forward.

It’s a bit of a shame it’s a second round I feel I’m playing better than that, but I least I moved freely. I didn’t go for anything stupid, out of desperation.

But yes, she just played better.