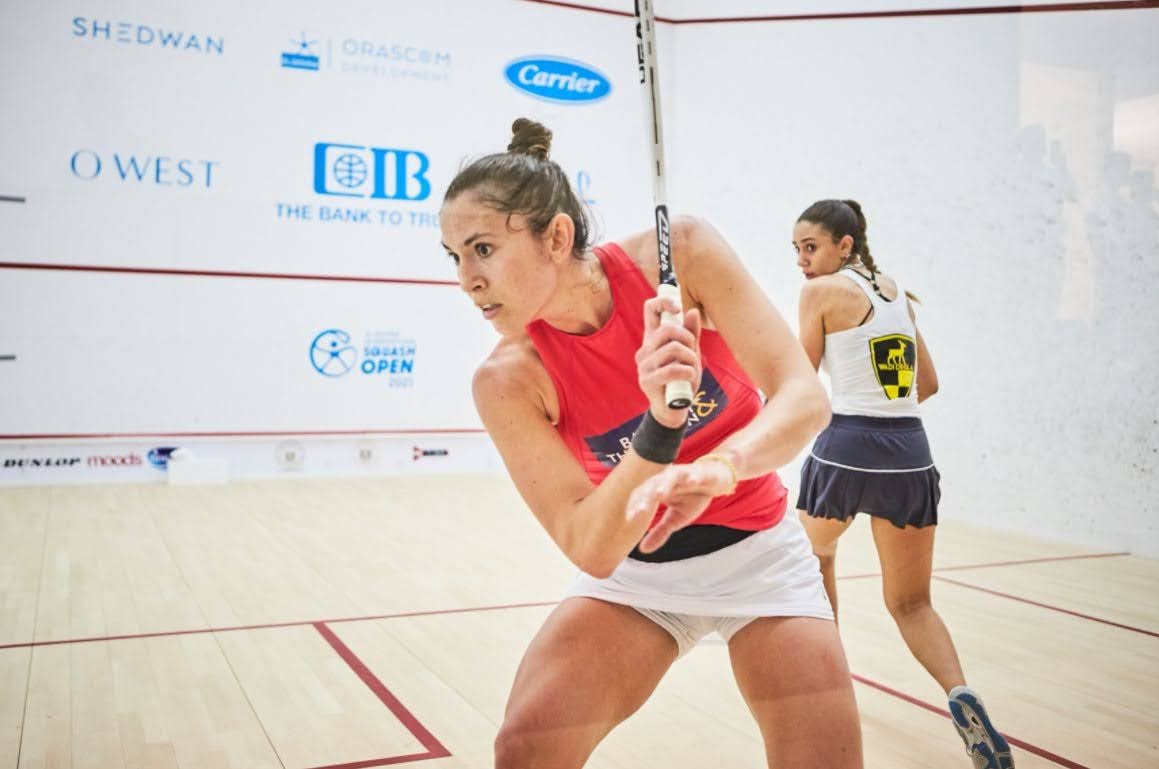 Joelle: To be honest, I haven’t seen much of Jana especially of late, but I came on expecting something really good. She’s got incredible hands, she believes in her game, and she has a very attacking, very attacking squash.

So I tried to use my age and use my brain a bit more to make her play the extra shot. And sometimes, with the young ones, with the transition from junior to senior, patience can be a factor we can use.

But her constant attacking, even her drives, they’ve got their bite on them. You really have got to be prepared that you are going to have to move, and it comes back with interest really.

To be honest, it was a great match for me, she got me moving, I had to keep my balls in the corners otherwise she would put it away, lovely kills. A very clean match, there were hardly any lets really. 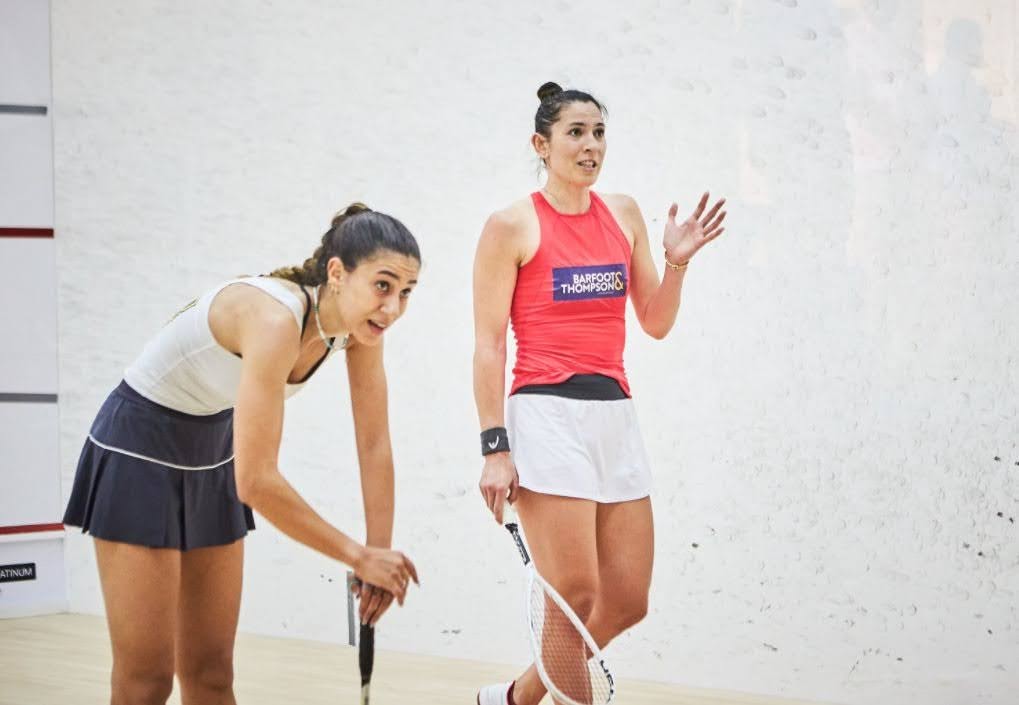 I’m happy with today. There has been a little time between Blackball and today. I’ve been working on some stuff, so it’s good to test those things when you come to a tournament, because it’s a different thing to do it in practice.

Jana pushed me today, the scores weren’t easy and I had to work to win the match. I’m happy, I think it was a really good match, for a first round.

The next round I’m playing Rowan, I had played her once, it’s nice to play new players. Sometimes I have the impression I am playing all the time the same players. It’s nice to see the younger ones starting to come through, trying to push us away, the ‘old girls’. And I’ll be back in two days.

A superb clinical performance from the young English player – 21 years old, WR37 – against the experienced American Liv 28 years old, WR12. Lucy took Olivia by the throat and never let it go. It was like the American was trying her best to find solutions, making the rallies longer in the first game, but it was like Lucy was on a mission today.

And apparently, she owes it all to her brother’s advice. Read on to see what it was… 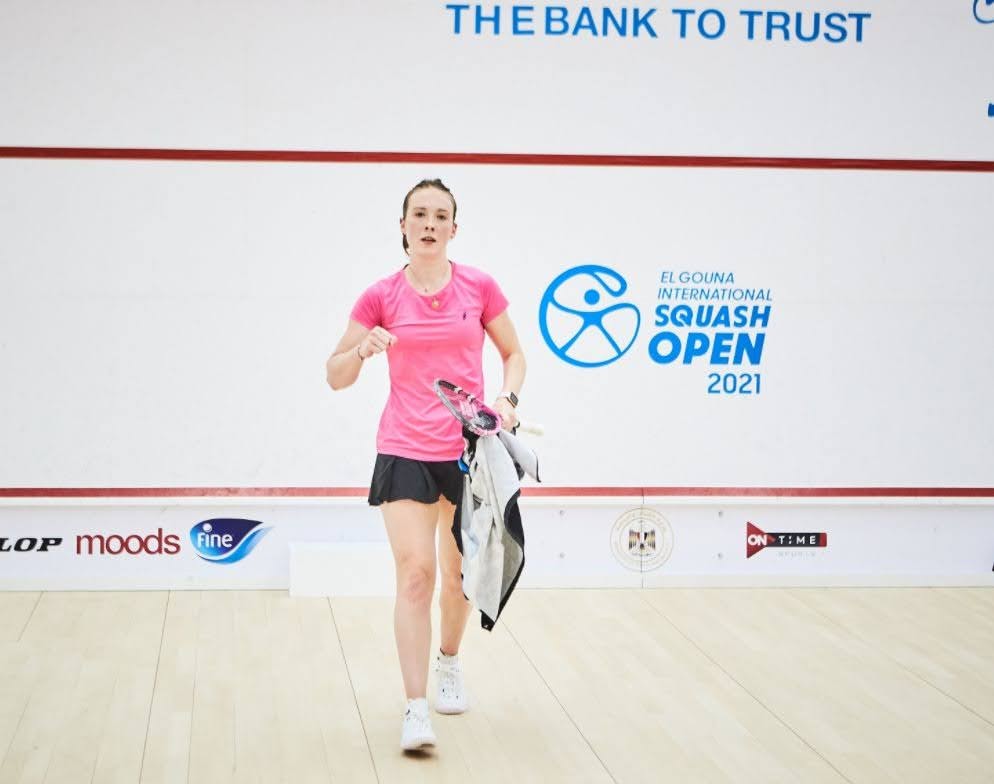 I felt very comfortable on the court today. Again, like yesterday, it was very clear what my tactics were going to be. At the beginning of each game, I found my corners pretty earlier on, and that allowed me to stand in the middle of the court more than she did.

Like I said, at the start of each game, I found in front and at the back my corners, and that what set it up. It relaxed me. I wasn’t seeded, I had nothing to lose. This tournament, I really wanted to prove to myself I could play the level I think I can play at. The aim to go home happy with the way I performed….

Rowan: Of course, I was very nervous, it’s been a while. It took me a while to get into the match in the beginning. But I did find a way, I did OK at the end.

I play so much better when I play in practice, I even play with the boys back home, so now I have to find a way to relax and enjoy my matches the same way I enjoy my practice matches.

I’m playing Joelle next round, she is of course a very tough player. I played her once before and it went my way. I’m looking forward to enjoying the match, no pressure, to give it all, and see how it goes.

Siva: Obviously I played very well in the first game, I was really warmed up and ready, very comfortable.

But the second and third, I was doing plenty of errors. She was not winning, I was just giving her points. It was very frustrating, because it just happened in the first game, and the next two, I’m just losing it, pretty short games.

From the 4th on, I told myself I have the fitness, so I’m going to keep pushing the ball back, even if you have the opportunity to volley, don’t, keep sending it to the back, and that worked well.

The rallies were going longer, and I think she was feeling it too.