Incredibly clever Greg, age is just a number. He just get a bit tired in the 4th, but it was a squash lesson in tactic today. As Fares said, he was placing the ball better and the Egyptian covered a lot of ground…

Fares :Yes, very easy match today, so happy to play Greg in my first round… NOT! 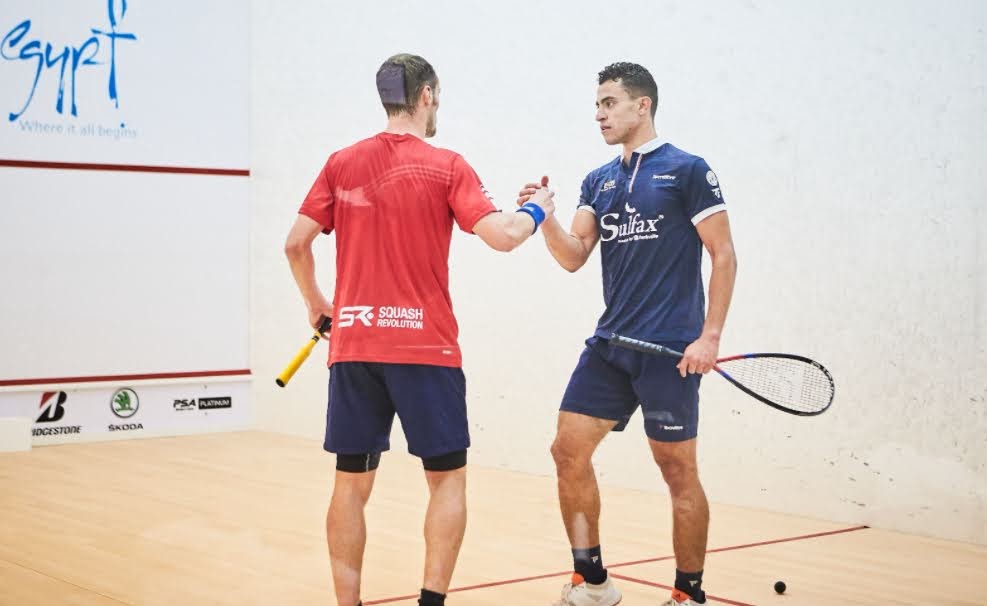 I knew that obviously, it was going to be a very tough first round and I knew that he was not going to give me any easy point. And from the first rally, he played very well, put me under pressure, and today, I looked very silly on court, like running around all over the court.

And this is out of my comfort zone, I’m not used to it. Normally, I’m the one doing the controlling, and everybody else is running around! So today was completely different, I was moving around from the first point. It was very brutal for me, physically.

At the end of the third, actually, I started cramping in my calf. So I had to accept it. He is a very tough opponent indeed. He is moving very well, like somebody my age!

Today he was placing the ball much better than me today, controlling the ball better. So I was running better, but the accuracy was coming from his racquet.

So I was thinking that if we were going to five, it would probably go his way as fifth games are more about mental strength and accuracy than physical fitness. So it would be very tough for me.

I have a great match coming up, Patrick Rooney, I have been watching him so much, he very talented, I think he is the future of England. I am disappointed the match didn’t go to five though…

Mostafa: A lot of pressure on me today. I’m coming here to perform, having a lot of targets, and playing Saurav first round for me is very tough. 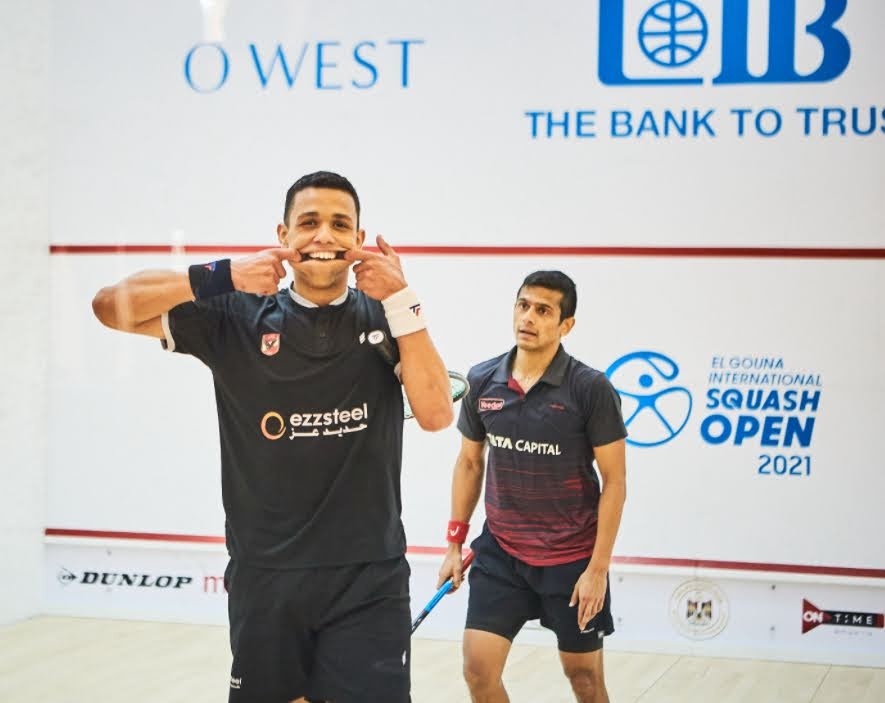 He used to arrive to the latter rounds all the time, so playing somebody like him with so much experience, it’s a very tough match, despite the fact he has been suffering from injuries recently, for me, he is a top 4 man.

I feel that if he took the second game, it would be a huge, huge match, mentally on me as well. And you know, if you focus on the draws too much you can miss the point of actually playing the match you are supposed to be playing on the day, just thinking oh but if I win, I’ll to play so and so, or how would I play so and so, and you forget to play squash…

I’m 20 this year, so I’m happy to get through, to keep my focus on court, next round is a very tough round, between the winner of Marwan and Abouelghar. I think it’s going to be a huge, huge battle today… And looking forward to my next match, all my friends, family, everybody is here…

Patrick: I never played Dimitri at all but I know of him, as we are in the same age group in juniors, so I always so I always saw how he plays. He is just very quick isn’t he… It was hard to break him down.

In the third, I got frustrated a bit and made a few errors but apart from that I thought I played well.

I tried to play straight. And when I was, I was most of the time rewarded with the volley. Whereas if I open against him, that’s when he is able to use his movement, so I tried to keep it tight.

I’m playing Dessouky. I am so excited as I never played any Egyptian except Youssef Ibrahim… Exciting times …