Belgium’s Tinne Gilis put in a magnificent performance to shock fourth seed Amanda Sobhy in round two of the 2022 El Gouna International as a trio of seeds exited the women’s draw of the final PSA World Tour Platinum event of the season. 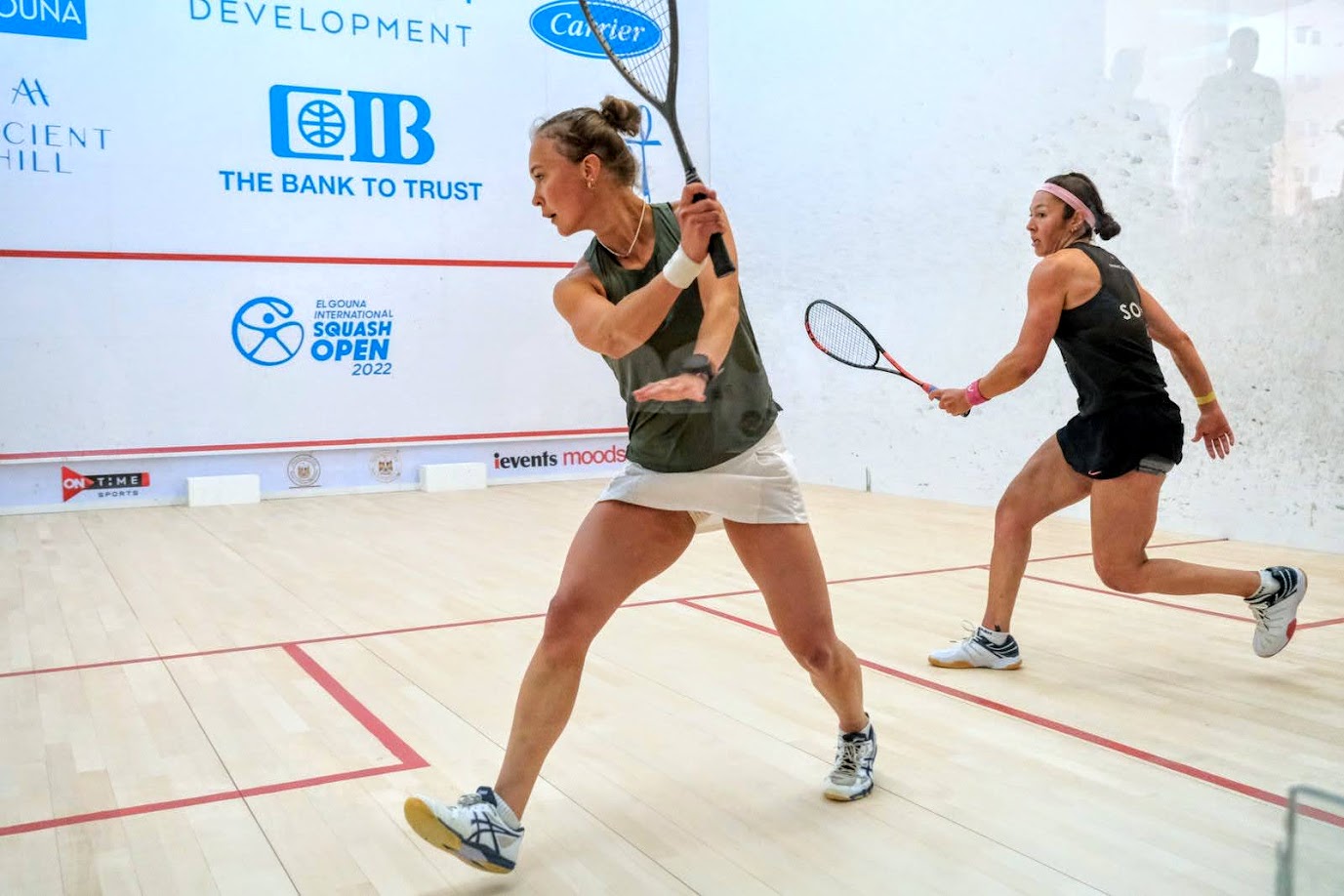 World No.13 Gilis has been close to an upset for a while – notably taking World Champion Nour El Sherbini all the way to five games twice this year – and put together a superb performance to dispatch World Championship semi-finalist Sobhy by an 11-7, 6-11, 11-5, 11-6 scoreline at the El Gouna Squash Complex.

Gilis will line up against World No.16 Nada Abbas for a place in the quarter finals after the Egyptian came from a game down to beat the younger Sobhy sister, Sabrina.

“It’s been a while since I’ve beaten a top 10 player, so it’s good for my confidence,” said Gilis.

“Especially because it’s the last Platinum event of the season, so it’s always nice to play well in the last ones. I’m really happy with how I played and how I focused throughout the whole match. Hopefully I can keep going for my next match.

“Beating a top seed will help me for sure with my confidence. It will make me believe in myself more and I know I’m capable of doing it, so I’ll take that with me into my next match. I think Nada is a few spots behind me in the rankings, so it’s going to be a great opportunity for both of us.” 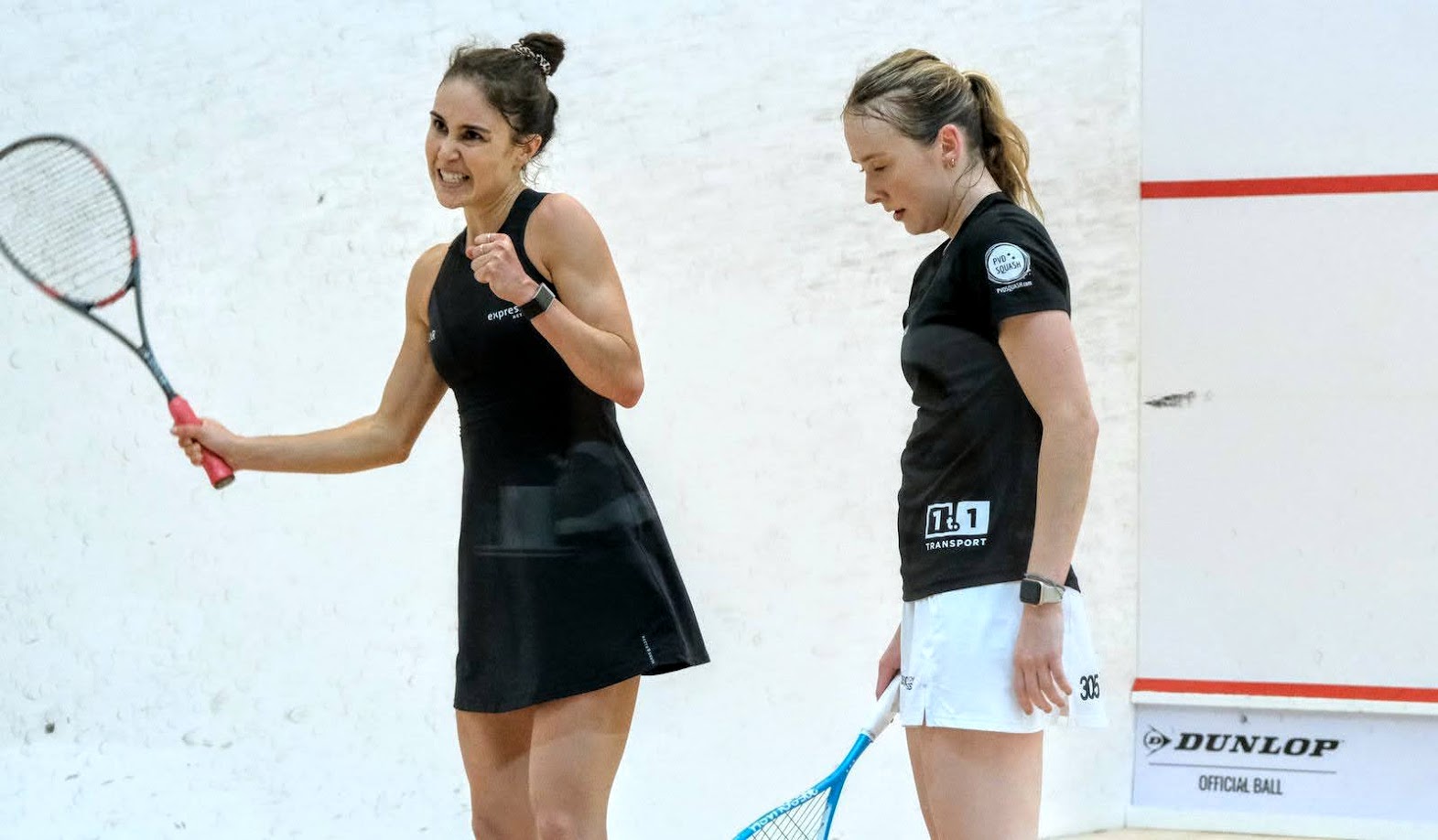 Meanwhile elder sister Nele Gilis also made the last sixteen, coming from two games down to beat Lucy Turmel in a 78-minute epic.

Elsewhere, World No.28 Nour El Tayeb sent seventh seed Rowan Elaraby out of the event as she avenged her 3-0 defeat to the 21-year-old at March’s CIB Black Ball Open.

El Tayeb has made fantastic strides back up the PSA World Rankings since returning from a 14-month spell away from the action following the birth of her daughter and reached the semi finals of the CIB PSA World Championships last week. 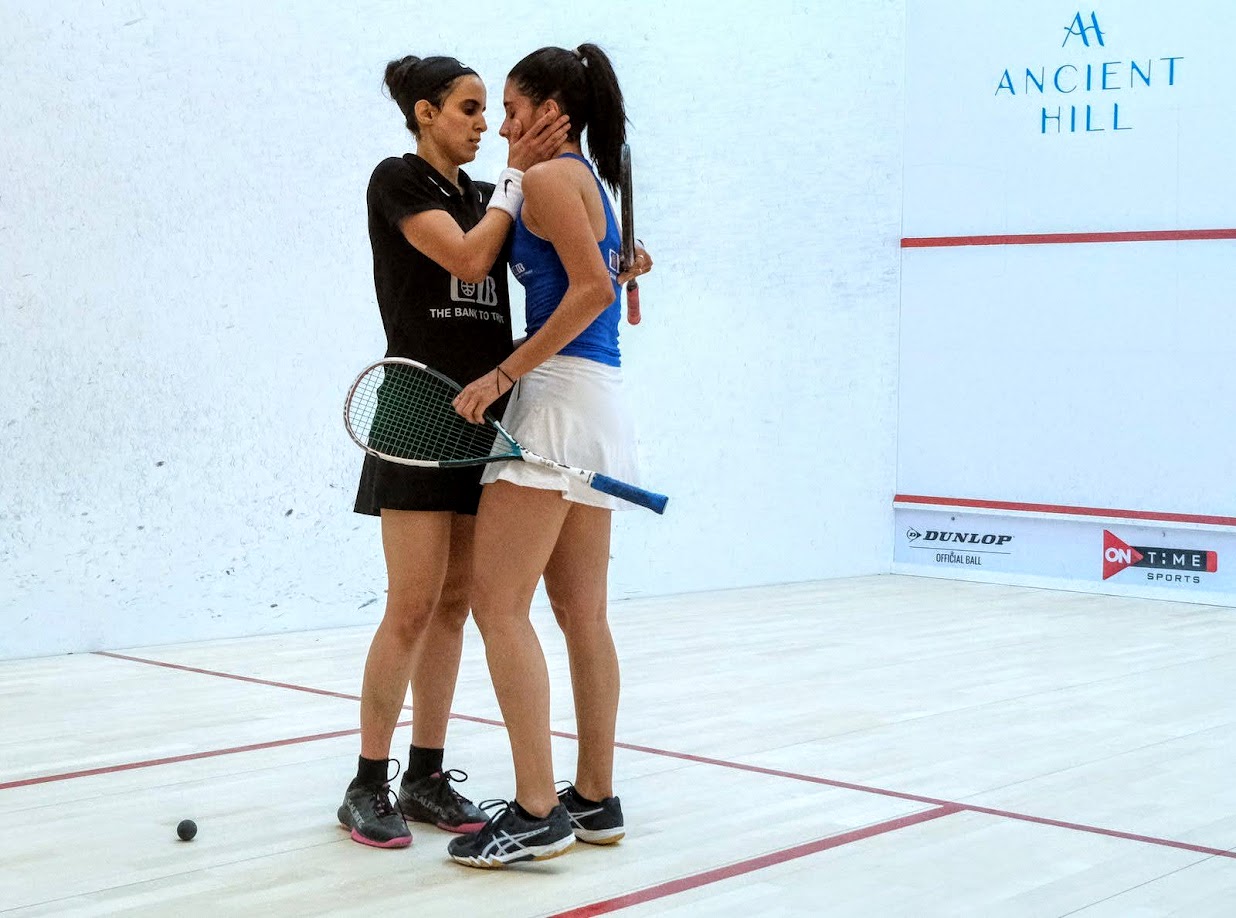 The former World No.3 will be eyeing up a similar run this week in El Gouna, but must first make her way past England’s Georgina Kennedy, who required five games to beat South Africa’s Alexandra Fuller.

“I think the hangover from the worlds is still here, I’m still not 100 per cent mentally focused throughout the match on my performance,” El Tayeb said.

“I think my focus was better during the World Champs. But still, I wasn’t too hard on myself today, because I have confidence and play longer rallies, it’s in my favour. I can’t believe this is only the last 16. I beat Rowan, played two matches, and it’s only the last 16.”

Eighth Salma Hany was the other seed to see her tournament come to an end, at the hands of Malaysia’s Sivasangari Subramaniam, while reigning champion Nour El Sherbini and top seed Nouran Gohar both got off to winning starts, beating Mariam Metwally and Hollie Naughton. 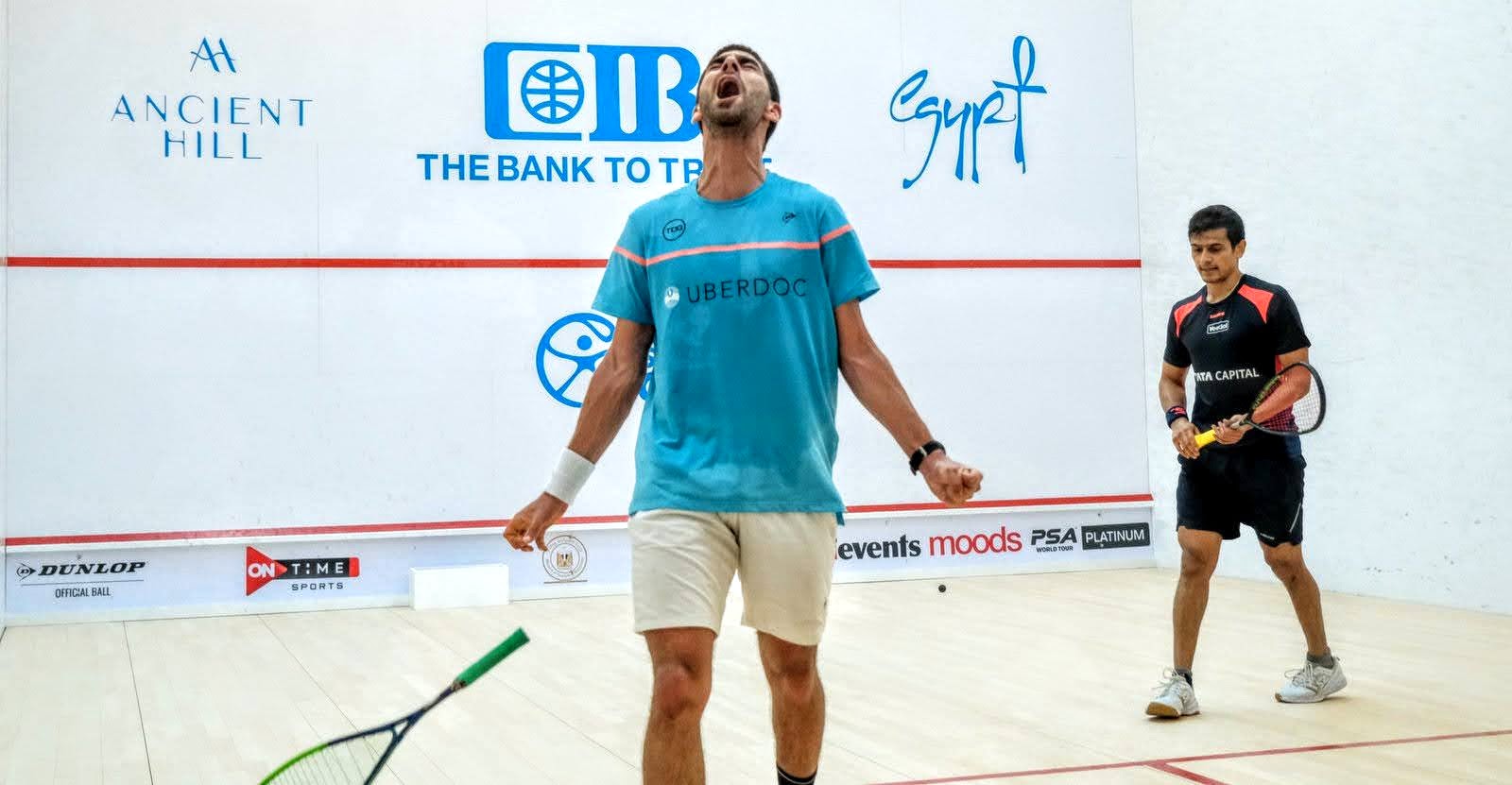 In the men’s event, wildcard Aly Abou Eleinen continued his giant-killing run as he followed his first round victory over former Omar Mosaad with a 3-2 win against India’s Saurav Ghosal, in which he overturned a two-game deficit.

Eleinen is appearing at only his second PSA Platinum event – with last year’s El Gouna International being his first – but the World No.76 has now reached the third round for the first time after a dogged performance saw him win 8-11, 8-11, 11-7, 12-10, 11-7 to set up a fixture with Tarek Momen. 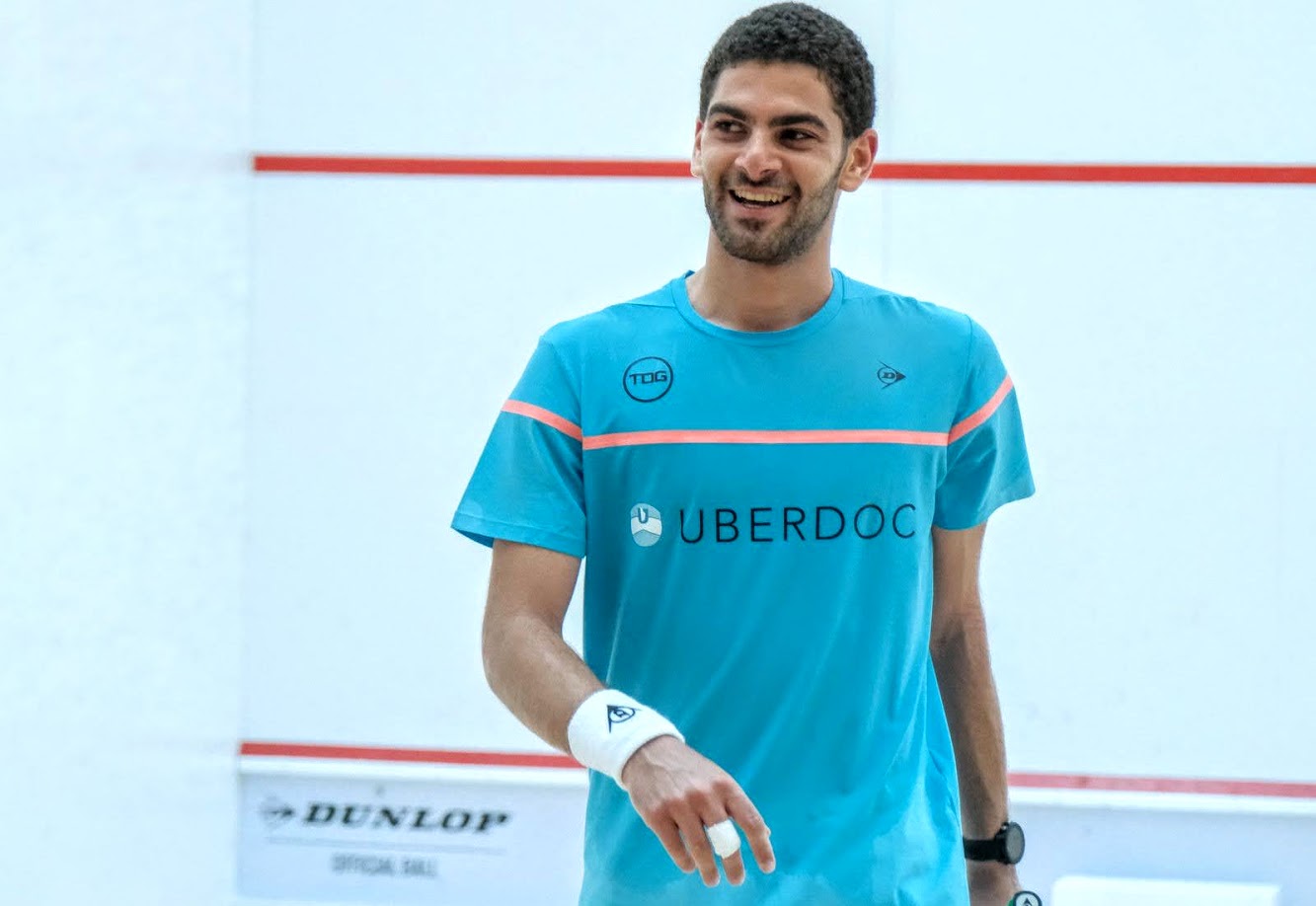 “For me, it was a matter of staying tough, staying strong and counting on my physicality to get through,” said Eleinen.

“When I was down 2-0, I told myself it came down to two things, give up or keep fighting. But here in El Gouna, I’m always going to keep flighting. When I saw [Tournament Promoter, Amr] Mansi coming to watch me play, the minute I saw him I just switched on, he gave me the opportunity and I was never going to let go of it. Now, I get get to play my idol, Tarek Momen.” 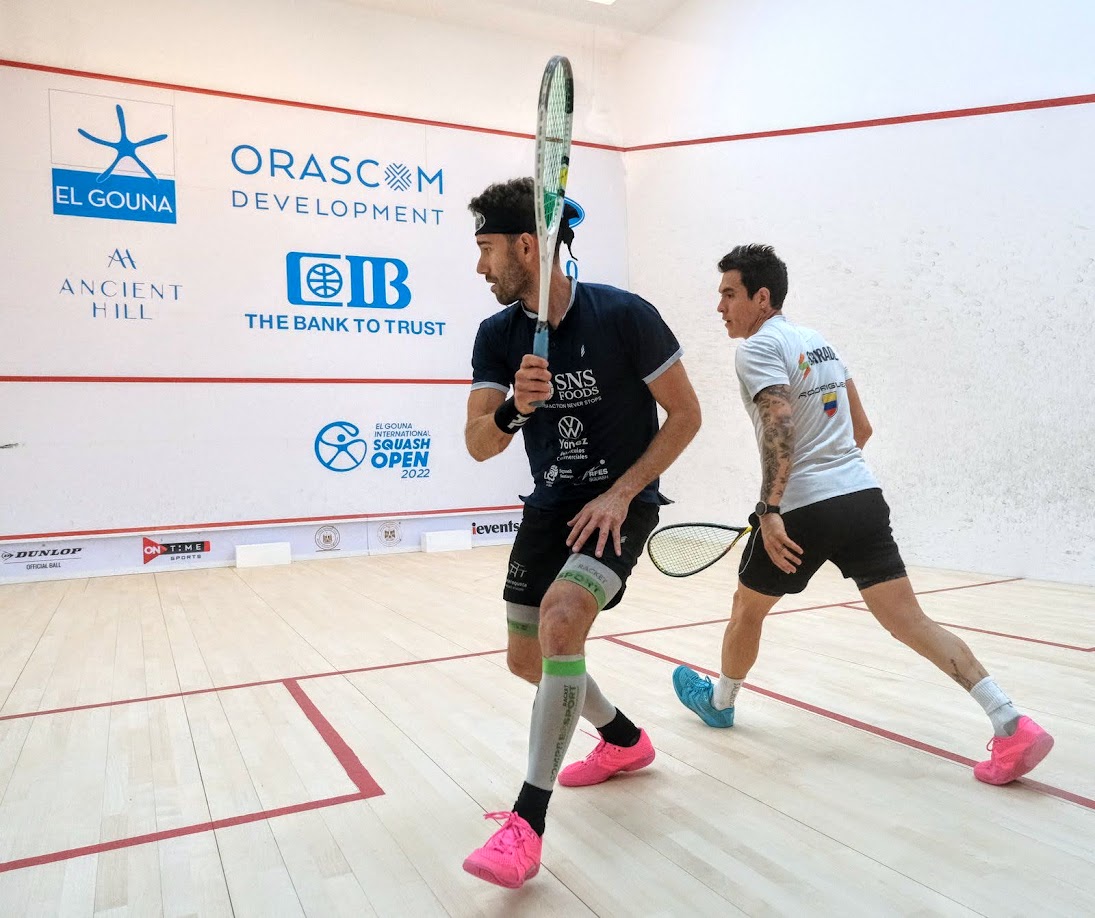 Golan will now appear in the third round of a Platinum event for the first time since February, 2020 and his opponent will be defending champion Mohamed ElShorbagy, who defeated Mexico’s Cesar Salazar.

“At the end, neither of us was 100 per cent, it was 82 minutes of non-stop, hard work, we only stopped as there were a few dives, but that’s it,” said Golan.

“There were very few calls and we were feeling the legs in the last 10 minutes of the match. We kept fighting, it was so nice to play a fair match like that with a good friend, to give your best and actually win, that’s the bonus.” 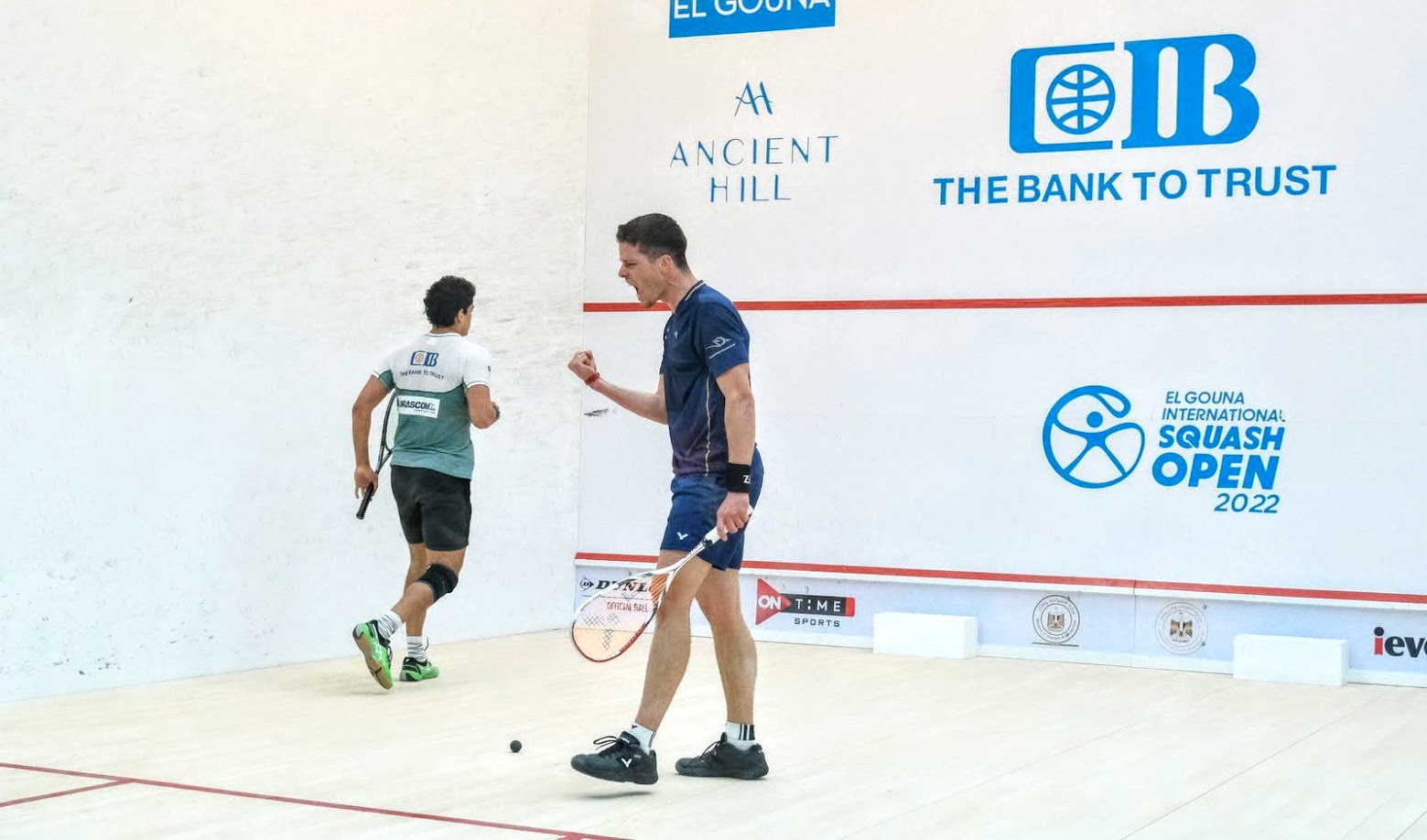 World No.1 Paul Coll got the better of Mazen Hesham in his match, while World Champion and 2019 El Gouna winner Ali Farag overcame England’s Adrian Waller as he got his title challenge under way.

The tournament now moves to one match at a time, with round three split over two days at the Squash Centre – four afternoon matches – and at the Cultural and Conference Centre – four evening matches.