Coll and ElShorbagy set to renew rivalry in semis

Paul Coll and Mohamed ElShorbagy will lock horns in the semi-finals of the 2022 El Gouna International less than a fortnight after their feisty semi-final battle at the CIB PSA World Championships.

They beat Tarek Momen and Fares Dessouky in repeats of their World Championship quarter-finals to ensure they will go head-to-head in a repeat of last year’s El Gouna final, which ElShorbagy won to lift his second trophy in El Gouna.

Following their World Championship match, ElShorbagy criticised Coll’s coach Rob Owen for his comments in an interview published prior to the event where Owen said no one would beat Coll if the Kiwi played well.

ElShorbagy repeated his Cairo straight-games triumph over Dessouky, fighting back from an early deficit in the third to win 11-7, 11-7, 11-8

“Honestly, I feel like anyone who says that Paul was tired against me in the semi-final of the World Champs doesn’t have any experience whatsoever,” said ElShorbagy.

“When you’re World No.1, you’re the fittest player on tour, how many matches did I play like that when I was World No.1? If someone says that Paul maybe was shaky in the semis with the pressure of being seeded No.1 and World No.1, I understand that. Because he definitely had that.” 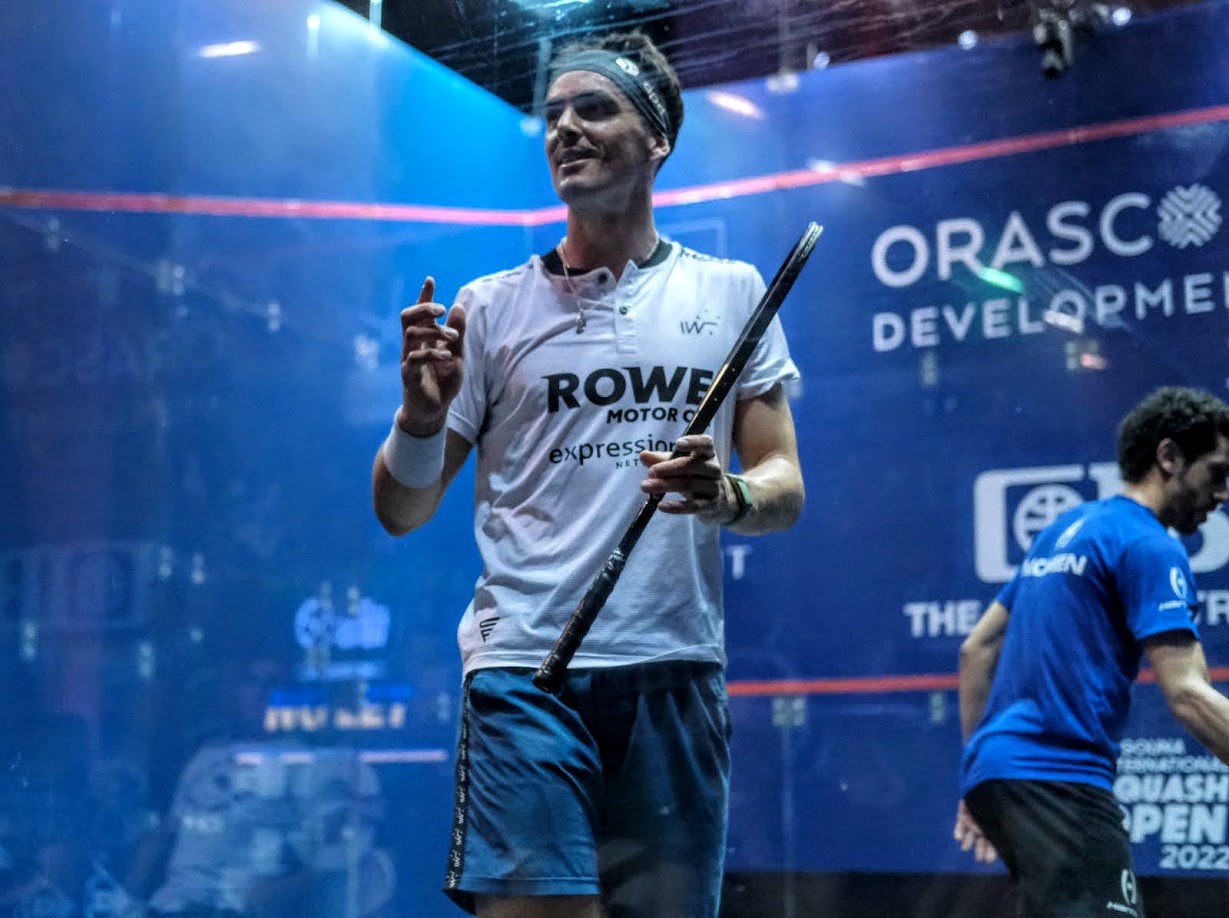 “I had to believe in my game and that what I did last week was going to be the right tactic still and not try to change anything. Last week was a brutal match, I was actually trying for 123 minutes in this match!

“It was a great battle last week and a great battle this week. The scorelines were tight, still long and tough conditions. I always enjoy playing Tarek, we always have great battles and we’ve had some huge ones in the past. I’m just happy not to have smashed the body after tonight.”

El Tayeb has got better and better since she made her return to the sport in December of last year following the birth of her daughter, and continued her progress as she dismantled Gilis in just 26 minutes to reach the semi finals of a PSA World Tour Platinum event for the first time since October, 2020. 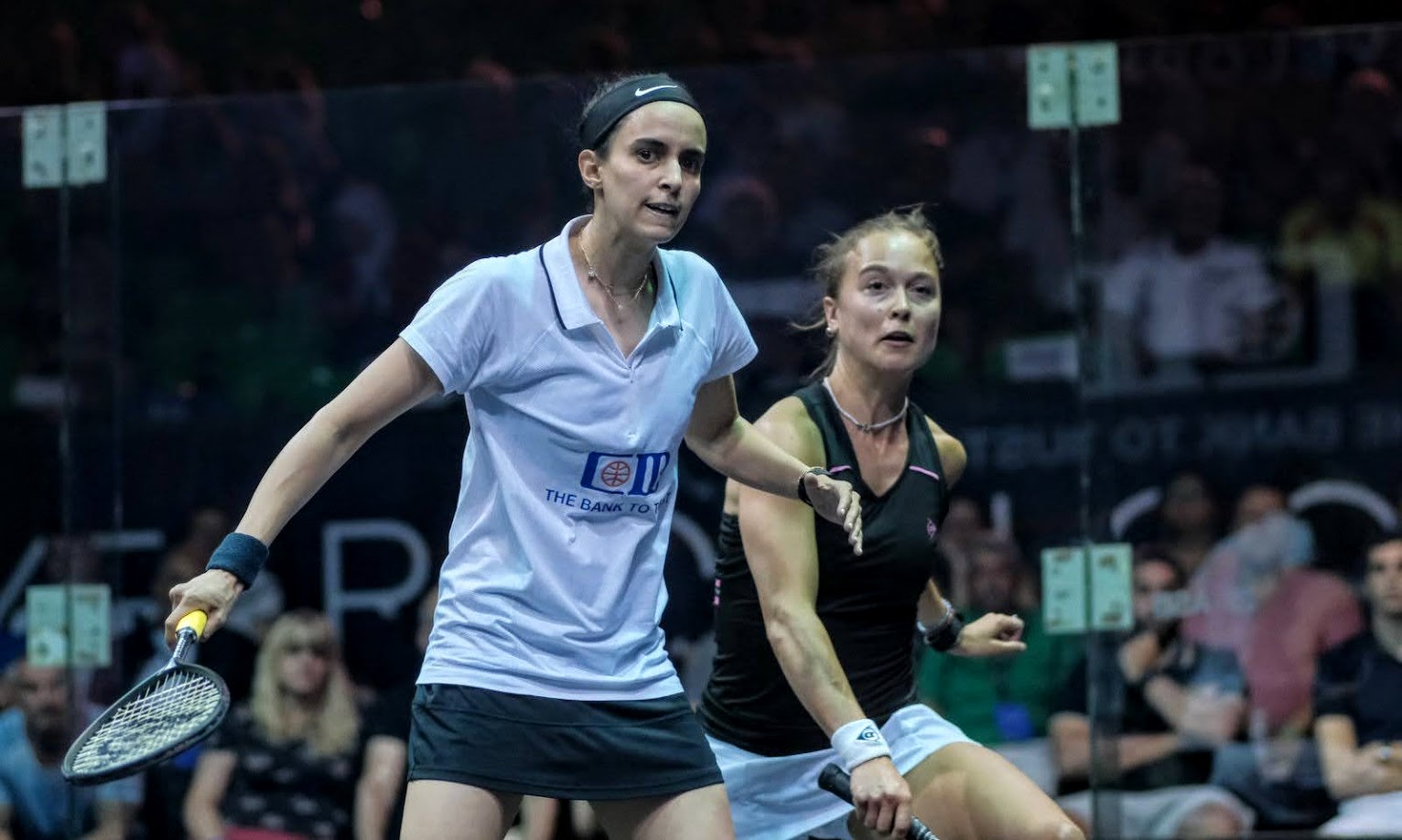 “I’m hoping to be better than I was, because I didn’t want to come back just to be like I was before I stopped,” El Tayeb said afterwards.

“I feel I’m getting better. Maybe my consistency is still the thing I’m not so sure about, but I was happy to have a rest day yesterday. I feel like I needed that after three hard games. I’m very happy to be in the semi-final once again. I’m very much looking forward to being hopefully back in the top four of the world.”

Gohar was also in red-hot form as the World Championship runner-up dispatched Sarah-Jane Perry in straight games on an evening which saw the temperature remain at 33 degrees Celsius after a scorching day at the Red Sea resort. 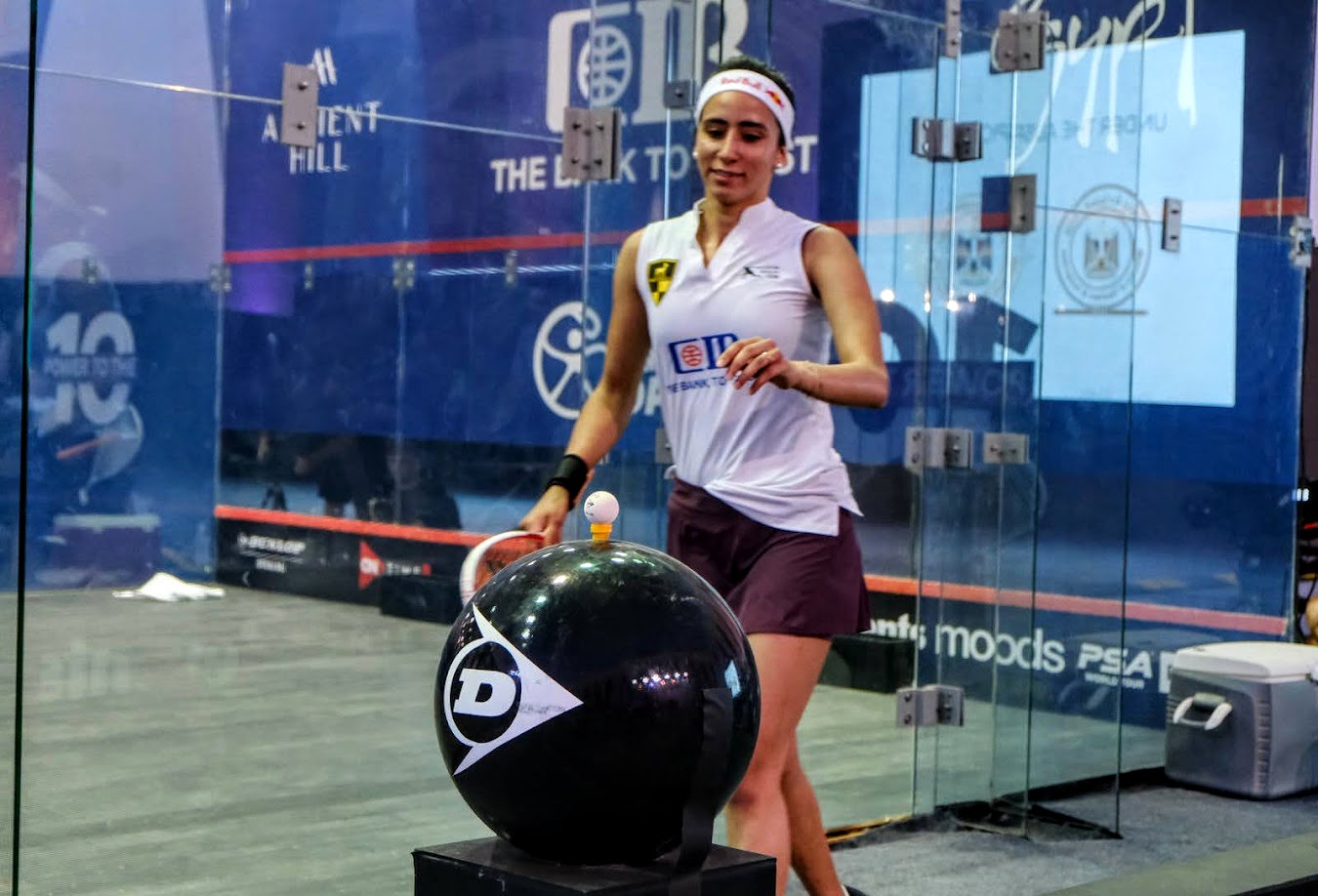 “I always like to play in warm, hot conditions,” Gohar said.

“It really suits my game, but honestly that was really warm for me. So I can’t imagine for other players how bad it is, because it’s usually the end of April [when El Gouna takes place]. These 30 days make a big difference. I can’t really complain about it because if it suits anyone, it suits me more, so I’m happy with that.” 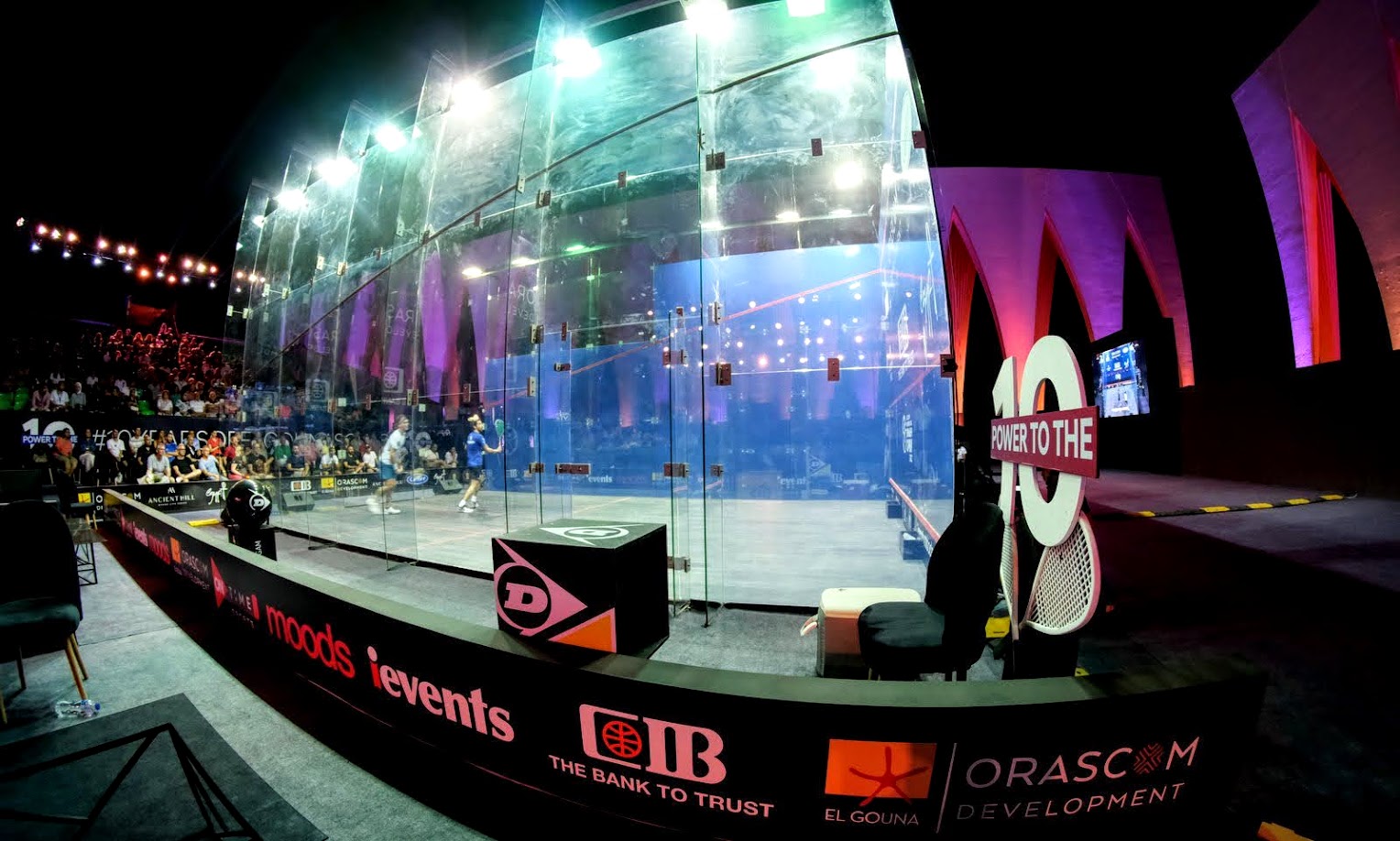