Wildcard Aly Abou Eleinen claimed the biggest win of his career to date as he overcame former World No.3 Omar Mosaad on day one of the El Gouna International to reach the second round of a PSA World Tour Platinum event for the first time.

The World No.76’s only previous appearance at a Platinum event came at this event last year when he narrowly went down to World No.16 Youssef Soliman after 80 minutes of action, but a 12-10, 15-13, 9-11, 11-8 victory over World No.26 Mosaad at the El Gouna Squash Complex means he has gone one better this year.

“I had the expectation that Omar was going to be a class act,” said Eleinen.

“He is so experienced, he was three in the world not that long ago. He doesn’t just play at the back of the court, if you open the court he is going to take the opportunity.

“I had to match his experience with my physicality. So when I saw I had Omar in the draw, I trained so hard physically. Especially as I had a little shoulder injury and couldn’t train my squash as I would have liked. It’s such a pleasure to play somebody like Omar, he is super respectful on court, he was very nice to me, I’m just over the moon right now.”

Eleinen will line up against India’s Saurav Ghosal in the next round, while World No.33 Greg Lobban overcame fellow Scot Alan Clyne in the longest match of the day at 98 minutes. 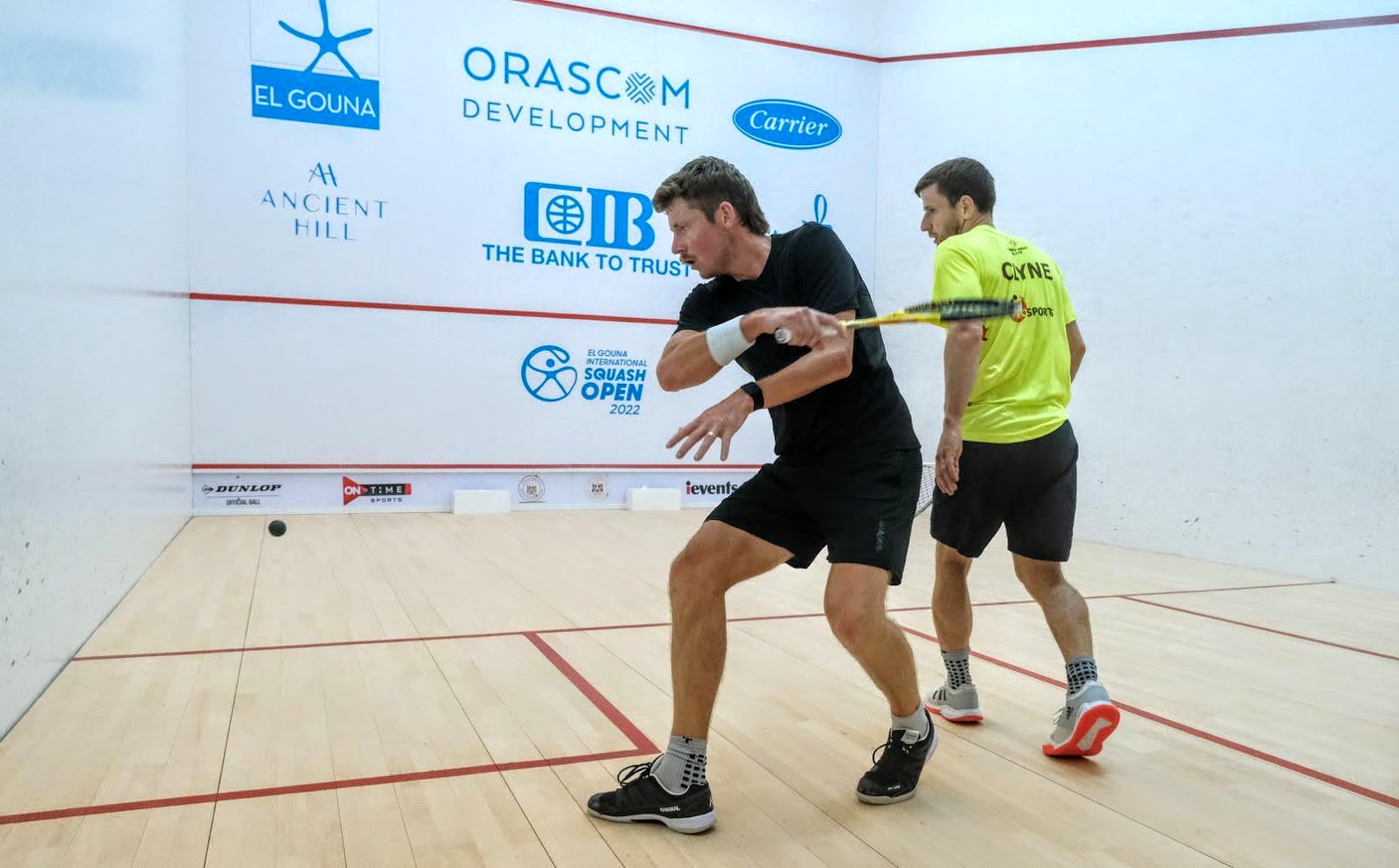 “I feel I didn’t play like I wanted to, but I just had to grind it away and make sure I won the last point, and that’s what I did,” said Lobban.

“I’m facing Marwan next, it’s always tough when you make it to the second round in these events. I know he is playing well, but for those guys that played the quarters and semis of the World Champs, it’s really tough to back it up, so I know I’ve got a chance.”

In the women’s event, World No.28 Nour El Tayeb continued her fine form as she overcame the higher ranked Farida Mohamed in four games.

El Tayeb, who reached the semi finals of the CIB PSA World Championships last week, is appearing at the El Gouna International for the first time since 2019 and put in an assured display to complete an 11-3, 11-8, 7-11, 11-5 victory over the World No.19. El Tayeb will go up against No.8 seed Rowan Elaraby for a place in the third round.

“Mentally, I was trying to prepare myself for a non-structured kind of game because she doesn’t play with structure,” El Tayeb said.

“Sometimes when she gets in a round of points, it’s not easy to get back into the game and play my game. At the moment, she is not playing at her best, there were a few errors here and there and that played an important role, as in the second and third at times I was under a lot of pressure.”

Hong Kong’s Lee Ka Yi booked her spot in the second round of the El Gouna International for the first time after she came back from two games down to upset France’s Melissa Alves.

World No.56 Lee had to weather an early storm as Alves, the World No.30 controlled the rallies and and put her opponent under a serious amount of pressure to build up a two-game lead. However, Ka Yi responded brilliantly as she slowed the pace of the match down to nullify her opponent, and the 28-year-old was duly awarded with victory in the next three games to claim a fine win. 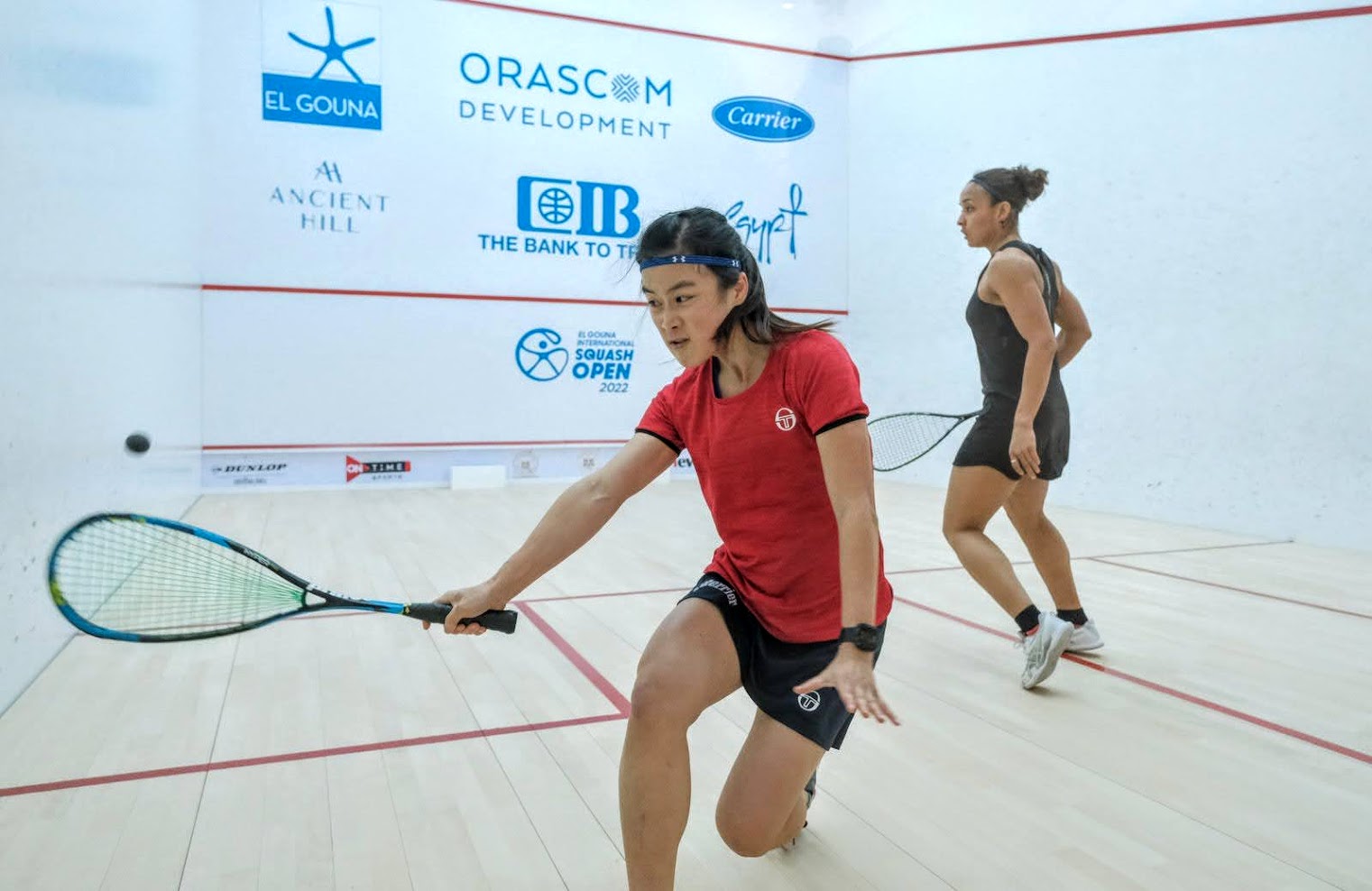 “In the beginning, she was controlling the rallies really well and really put me under so much pressure,” said Ka Yi, who will play England No.1 Sarah-Jane Perry next.

“Gradually, I tried to play my rhythm, slow down the pace and play my shots. And the most important thing was that I hung in there. I’ve never played SJ before, but I need to prepare myself for a lot of running and a physical session. But I will definitely enjoy the match, and it’s always a great chance to get to play against a top player. Hopefully, I can have a good match.”

There were also wins for the likes of Lucy Turmel and Danielle Letourneau, who beat Cindy Merlo and Nour Aboulkarim.

The El Gouna International continues tomorrow (May 28) as stars such as defending champions Mohamed ElShorbagy and Nour El Sherbini get their title challenges under way. Play begins at 12:00 (GMT+2).