That was not a good day for French squash, as both Enora and Melissa lost on side by side courts. Enora was able to impose a different pace in the third, while Melissa seemed on her way to a quick 3/0 victory…

I tried to not hit as hard as I did in the first games, the pace was just too fast for me, I was trying to put pressure on by hitting hard, but I was volleying too much, not accurate enough. And I felt that I wouldn’t survive long at the rhythm.

So I managed to find a better accuracy when I slowed down the pace, but at the end of the game, went for too short too quickly, I didn’t take my own space enough, and I was trying to imitate her pace, and that was not a good idea. I created opportunities I didn’t seized. Plus she runs a heck of a lot, so if your shot is not accurate, she’s got good hands, you can’t read her game too well, so a bit disappointed for that third, as I was leading, I was hoping maybe keep that momentum up.

When I play as well as I did in the second, I started having fun and go for some shots that I wouldn’t normally and they would come off, so sometimes, it’s just too easy. Like I was playing really well, and feeling comfortable, putting the ball away.

But that had to come from creating pressure to begin with, so in the third game, you still have to build those opportunities, and I stay in exhibition mode, looking for some quick shots, relaxed and having fun, I think I was me when I’m playing amazing but to do that, you need to have the respect to build the rallies, and I just wasn’t building anything properly.

Tomorrow, I’m playing Whitlock, can’t wait. I’ve been waiting to waiting to play her for a long time… 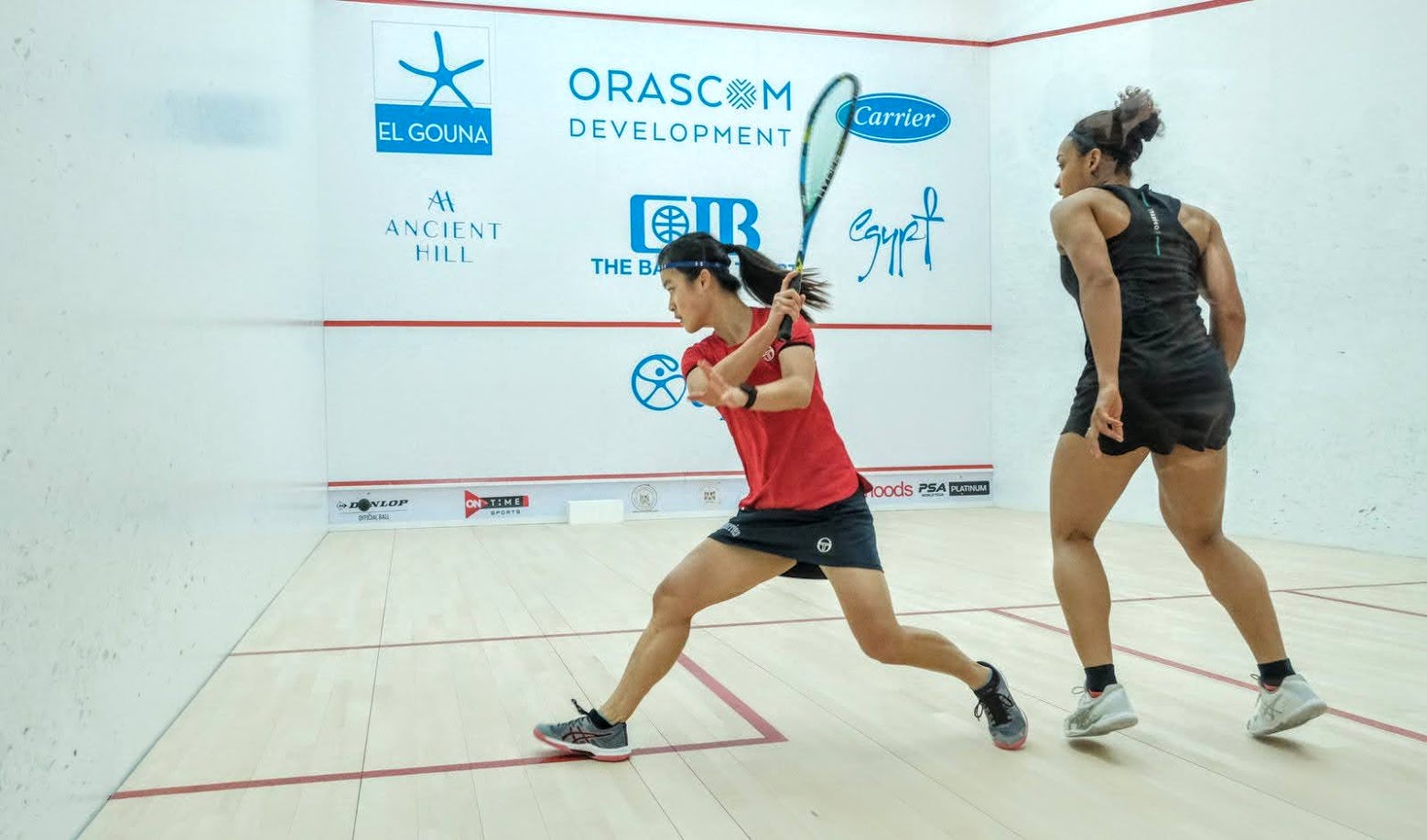 World No.56 Lee had to weather an early storm as Alves, the World No.30 controlled the rallies and and put her opponent under a serious amount of pressure to build up a two-game lead.

However, Ka Yi responded brilliantly as she slowed the pace of the match down to nullify her opponent, and the 28-year-old was duly awarded with victory in the next three games to claim a fine win.

In the beginning, she was controlling the rallies really well, and really push me under so much pressure.

Gradually, I tried to play my rhythm, down the pace and play my shots. And the most important thing: I hang in there.

I never played SJ before, but I need to prepare myself for a running and physical session! But definitely I will enjoy the match… And it’s always a great chance to get to play against a top player. Hopefully, I can have a good match.