Germany’s Raphael Kandra needed to draw on all of his resolve to come through a feisty clash with Switzerland’s Dimitri Steinmann in one of the final matches of the evening. It was a hard-fought contest with both players greeting their winners with cries of pure passion.

Steinmann came back from 2-1 down to force a decider, giving him a chance at his first win over the World No.19. However, Kandra stood firm when it mattered most and kept his opponent at arm’s bay to see out an 11-3, 6-11, 11-2, 7-11, 11-7 victory which will see him take on Egypt’s Youssef Ibrahim in the next round. 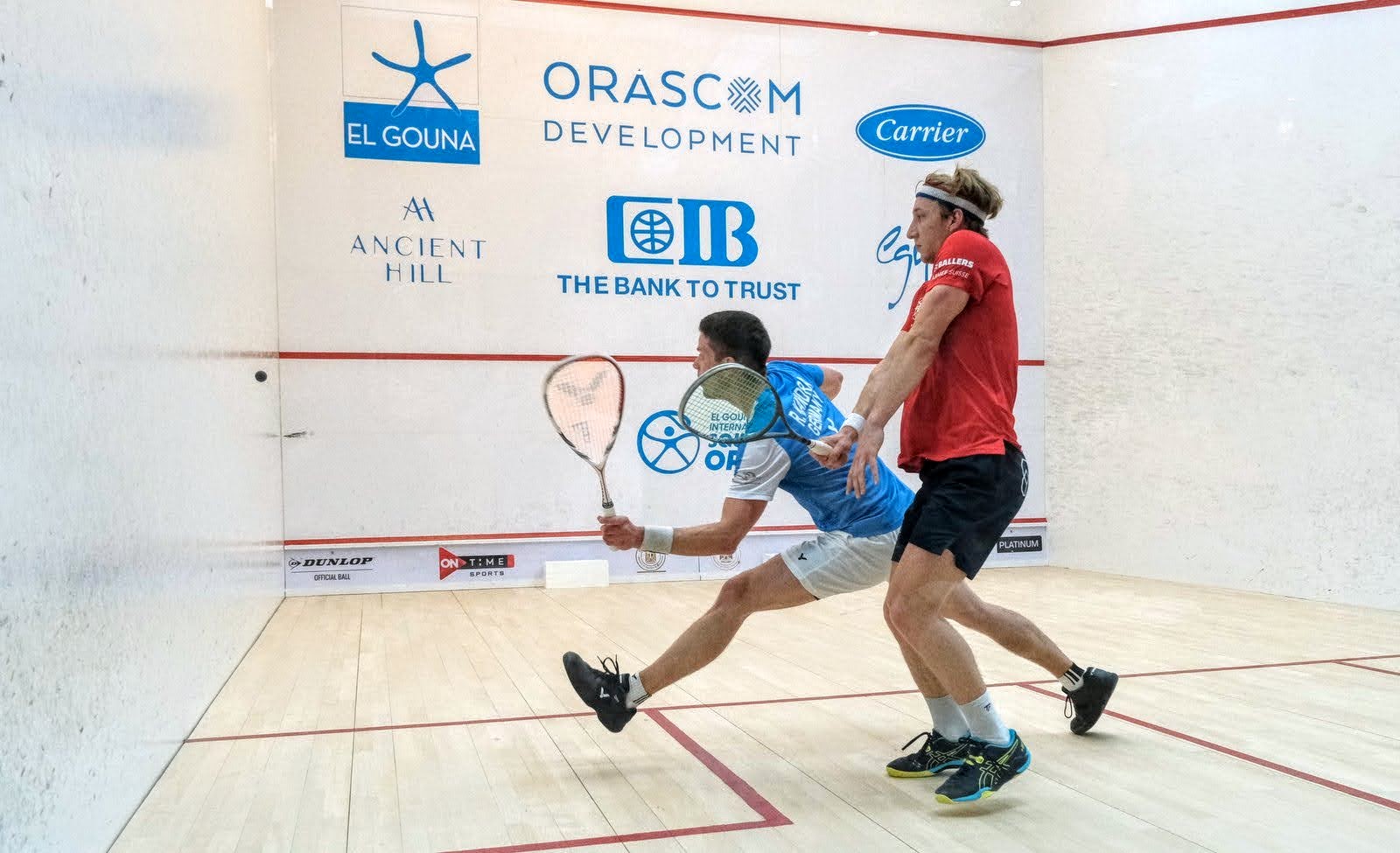 Mathieu
A bit frustrating because I had the COVID then in the Europeans, I slipped on the Glasscourt and tore over 20cm of my hamstring. Which meant I arrive here having not really trained for a month. And against someone like Mahesh, that’s not good enough.

Also, frustrated because we players are professionals, with a professional attitude, and now, we just don’t know how to play the game. Before, we were given guidelines and we knew what the refs were expecting of us.

But now, it’s a mystery. One time, they want us to clear the ball, then another time, we are asked to around, and another time, it’s something else. We just don’t know what to do anymore.

Plus, it’s hard sometimes to see a ref at the end of a very tough match, having given some terrible decisions, laughing their head off, on SquashTV! We are trying to do what is good for the game, and that doesn’t make us feel it’s fair.

But as for today, Mahesh, too good, and me, not fit enough. I get frustrated with myself, I give him the ball in the racquet, and I know I shouldn’t get excited but I do not seem to be able to prevent it.

I haven’t been training since last January for my last event, but this time, I had more time to work on my fitness so I worked on being a little bit more patient on court.

Because earlier this season, I wasn’t physically prepared to be patient so I was always going short and if I was playing on a bouncy court, my game was getting sacrified every time. Players were picking on me every time, but this time, I stayed physically very strong until the end.

I made sure I stuck to my game plan, and tried not to lose focus, you know, when I’m on a rhythm, and playing well, if I get a bad call or if my opponent plays a good shot, it’s a turn around.

I feel I did everything correctly, stuck to my game plan, and that’s why I won. And I don’t have a clue who I’m playing…

Hard match. I was telling Anna (Serme), I played him several times, and several in this kind of situation – as in Mazen coming at the last minute as a reserve.

As he is not too outgoing, you never know if he really wants to play. He looks like he is quickly tired but in fact, although he makes you believe he doesn’t want to play really, a bit nonchalant, he still gets to the ball if you give him just a bit of time!

He’s got a good hold, he is really not easy to play! We know each other’s game pretty well, we played several times actually. I have to really work on my holds that normally would work quite well, but against him, it’s hard work as he reads them well. I have to play a bit more straight as I normally do.

Very happy to get through, and now, Mahesh awaits. We didn’t play for a long time, at the start of our careers he was very dangerous, and I remember him beating me a few times, then it got a bit more balanced.

He went to Finland, we were not sure what was happing for his squash, but he seems to be back now, he had a few new matches. It’s going to be tough, he is a good, good player.