In the last match of the night’s play, Mostafa Asal was up against the Peruvian Puma Diego Elias for a place in the semi-finals. Asal fired out of the blocks in the opening game and powered his way into an early lead. This momentum continued as he blasted the ball into all four areas of the court and caught Elias off guard.

After taking the first game, Asal again raced out to an impressive lead at 5-0. Elias’ quality was on the way however and he managed to get to within two points at 8-6. Asal regained his rhythm from this point and closed the game out to lead 2-0.

The Qatar Classic Champion Elias started to find his own rhythm in the third game and disrupted the patterns of Asal that were causing him so much trouble in the opening two games. Elias managed to close out the third game 11-9 to keep his tournament alive.

In a closely contested fourth game, the referee became more and more involved with players struggling to both clear and get through to shots in all areas of the court. Elias himself a game ball to equalise at 10-9 and managed to earn a stroke to take the game and set up a fifth and final game.

The Egyptian started the better of the two in the final game and looked unstoppable on his way to victory. He marched on, firing off winners at the front of the court and partnered with Elias errors claimed a spot in the semi-finals.

“I’m really proud of myself today, it was tough but well controlled by John Massarella, he hasn’t refereed me in a while so it was kind of a new experience for me.

“Diego and I are cat and mouse, we are battling, we had four or five battles last season and he’s a great player. I have always watched him at the British Junior Open when he was Under 19 and I saw him winning all these titles. There’s more to come from him for sure.” 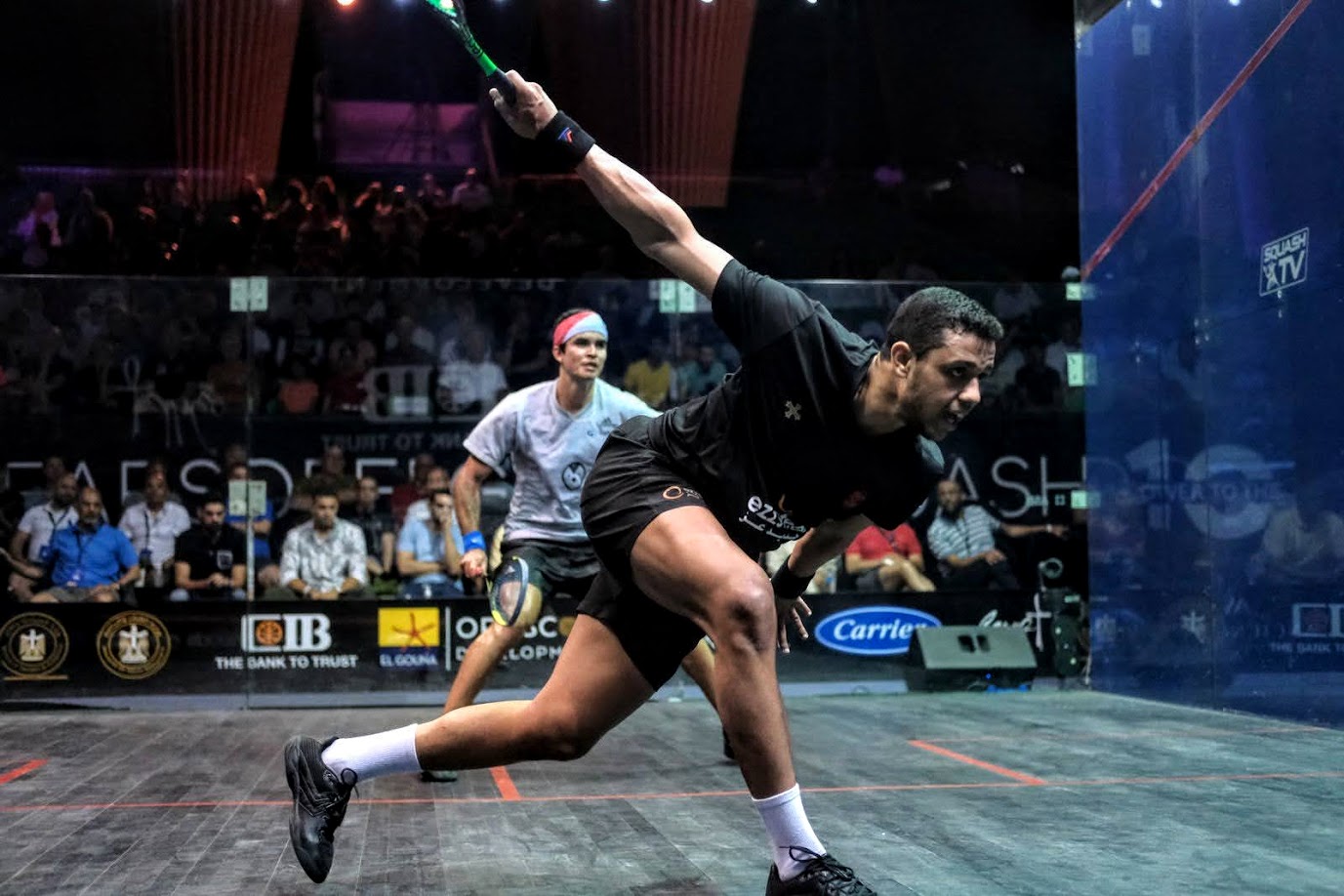