First of all, I’m happy to report the temperature is much clement tonight, and we can actually breathe normally, with a lovely cool breeze coming from the sea.

I was a bit surprised by the shot selection made by Siva. She is normally pretty sharp in that department. But tonight, I had the impression to see a junior on court to be honest. Sorry if it sounds harsh but it was all before the service line. I thought it was only because she was getting used to the glasscourt and conditions, but it didn’t really changed in the next games.

Mind you, saying that, I guess the idea was actually to try something to stop the hammering, and at least, she tried… Too many errors (4 in each game) to be confident in her own game on there…

As for Nour, she is out of this world on this event/court. Nothing seems to bother her, she is in a constant zone, calm, clever, accurate… Lethal… 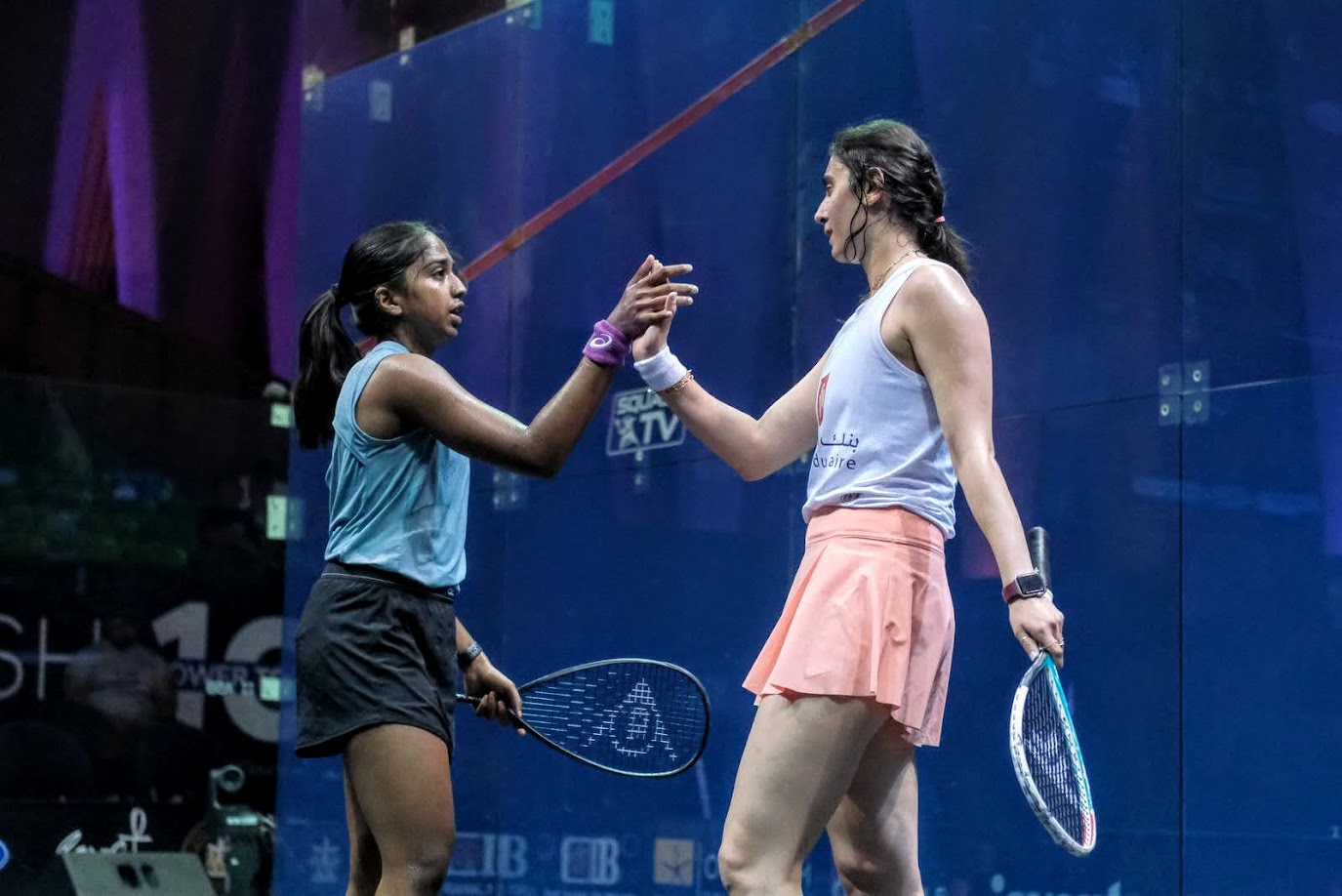 Exit in the quarter finals of El-Gouna 2022 for me, losing out to Nour who showed me why she’s the best in the world. Nevertheless, really happy to be playing my first platinum quarter finals in this event!
And also, ending the season with my new highest world ranking of #19 🌎💪🏻

“It’s hard playing a new player, she’s not new actually, she’s been on tour for a long time and Siva talented, I was trying to be prepared for it, it’s difficult playing someone for the first time but I think was prepared.

“I’m a bit slow starting but there’s a difference from the first match took I can see how I’m improving and every match is different from the one before and these are the kind of matches to get me back in the mood and stay in the right rhythm.

“I’m glad I’m not having any problem, but Siva is very talented so I think we both wanted to play slower on the hot court so I think I was a bit of my advantage in this match.”