QF: Fast and Furious, Mohamed just a bit better at it…

In complete contrast with the first men’s match, played in a slow pace, height and all, this one was a typical Egyptian squash at its best!

As in, no game plan – bit like the rule in Egypt is.. there is no rule – kind of squash. Fast, intense, ridiculously skilful. A bit like if they were back in Smouha Club a few years ago in Alexandria, juniors hitting the ball around the court while the adults were having a break…

It was great fun watching them to be honest! I still wonder how they could produce such a performance with the roasting temp but then again, as Mohamed or Paul and others would say: that’s why we train…. 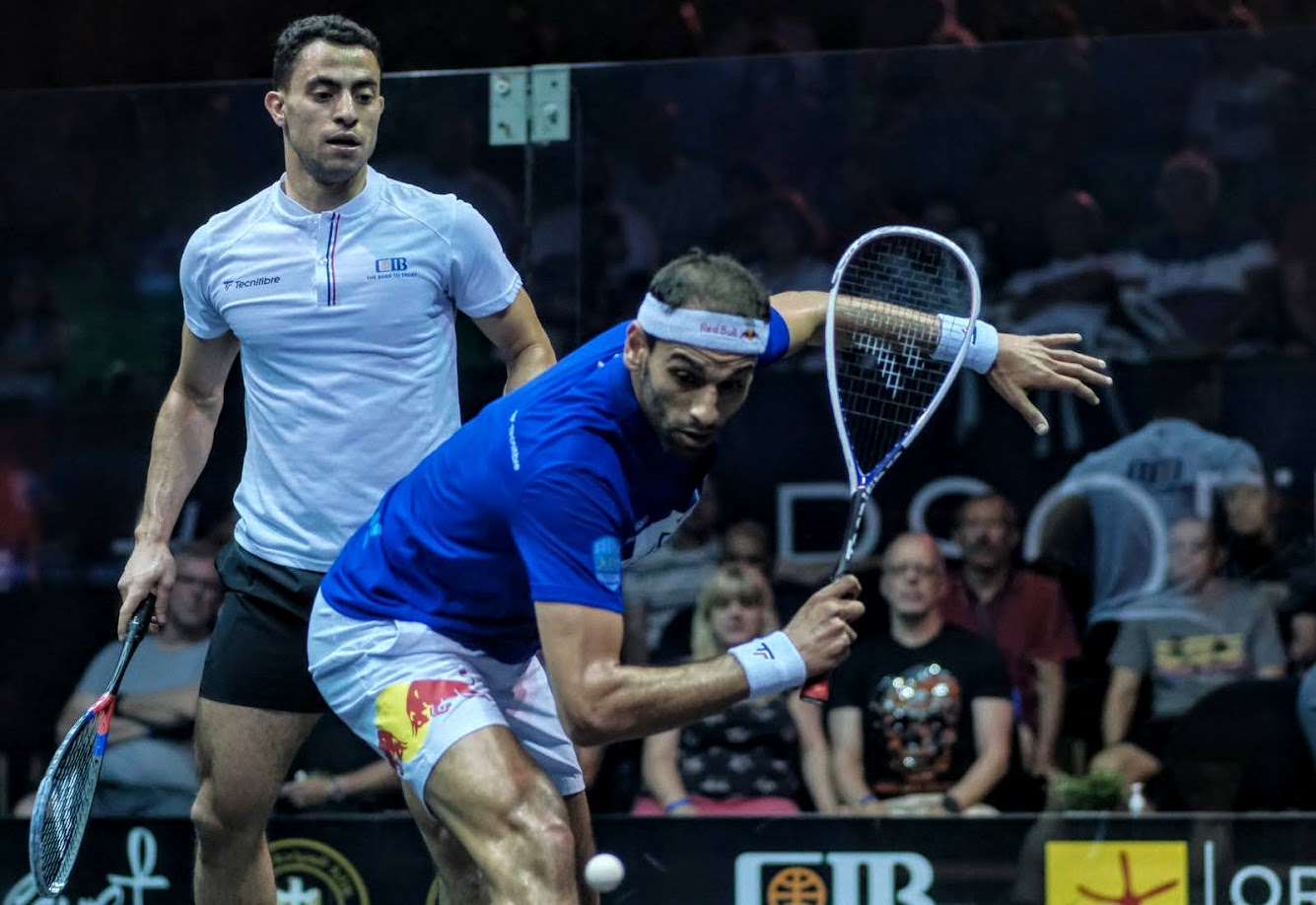 “The temperature is horrible, I have to say. I’ve never played in such hot conditions like that in my life. My socks are burning under my shoes! But these are the conditions that all the players have to deal with here. I’m happy to get through to another semi and really looking forward to having a rest day tomorrow and enjoying El Gouna to be honest.

“Honestly, I feel like anyone who says that Paul was tired against me in the semi-final of the World Championship doesn’t have any experience whatsoever. When you’re World No.1 you’re the fittest player on tour. How many matches did I play like that when I was World No.1?

“Now, if someone says that Paul maybe was shaky in the semis with the pressure of being seeded No.1 and World No.1, I understand that. Because he definitely had that. I get it, Paul was definitely not at his best at the World Champs. We even practiced together a couple of times and after the second practice I asked him, out of curiosity, how he felt being seeded No.1 and World No.1 in a World Champs, because believe me, probably the only two players on tour who understand the feeling are Ali and myself.

“I asked Ali that question when he was World No.1 and seeded No.1. It was interesting to hear his thoughts and everything he felt during that week is exactly how I used to feel. The pressure, you feel like you’re carrying 20 kilograms over your head.

“If someone says he was a bit shaky because of this, I completely get it, to be honest. But squash players are the fittest players in world sports and he and I had a massive 3-2 in the semi-final.

“The fifth game, he had a lot on his mind and I took advantage of that, 100 percent. This week, in El Gouna, he doesn’t carry as much pressure. He’s playing more fluidly, moving much smoother on court. You can see that he’s much more accurate taking the ball short when he wants to, so it’s going to be a big battle. I miss playing back-to-back big matches like this. I haven’t had it in ages and it will be good to have a go at each other another time in the same week.”