The match promised to be a tough one but unfortunately, the court conditions – it is I have to say pretty warm here, SJ suffered from the heat. “That’s not squash” she commented sadly at the end of the match, wearing an ice pack in her shoulder, trying to keep cool.

I see Mr Shorbagy senior with a bucket of ice water when he plays in warm conditions in Egypt. He knows…

At the end  of that game, we heard the ref asking the physio some ice for SJ.

A very unhappy bunny went back on court, the Terminator still lethally strong and not looking like suffering from the conditions. 4/1, 5/2, 11/5 in 7m. 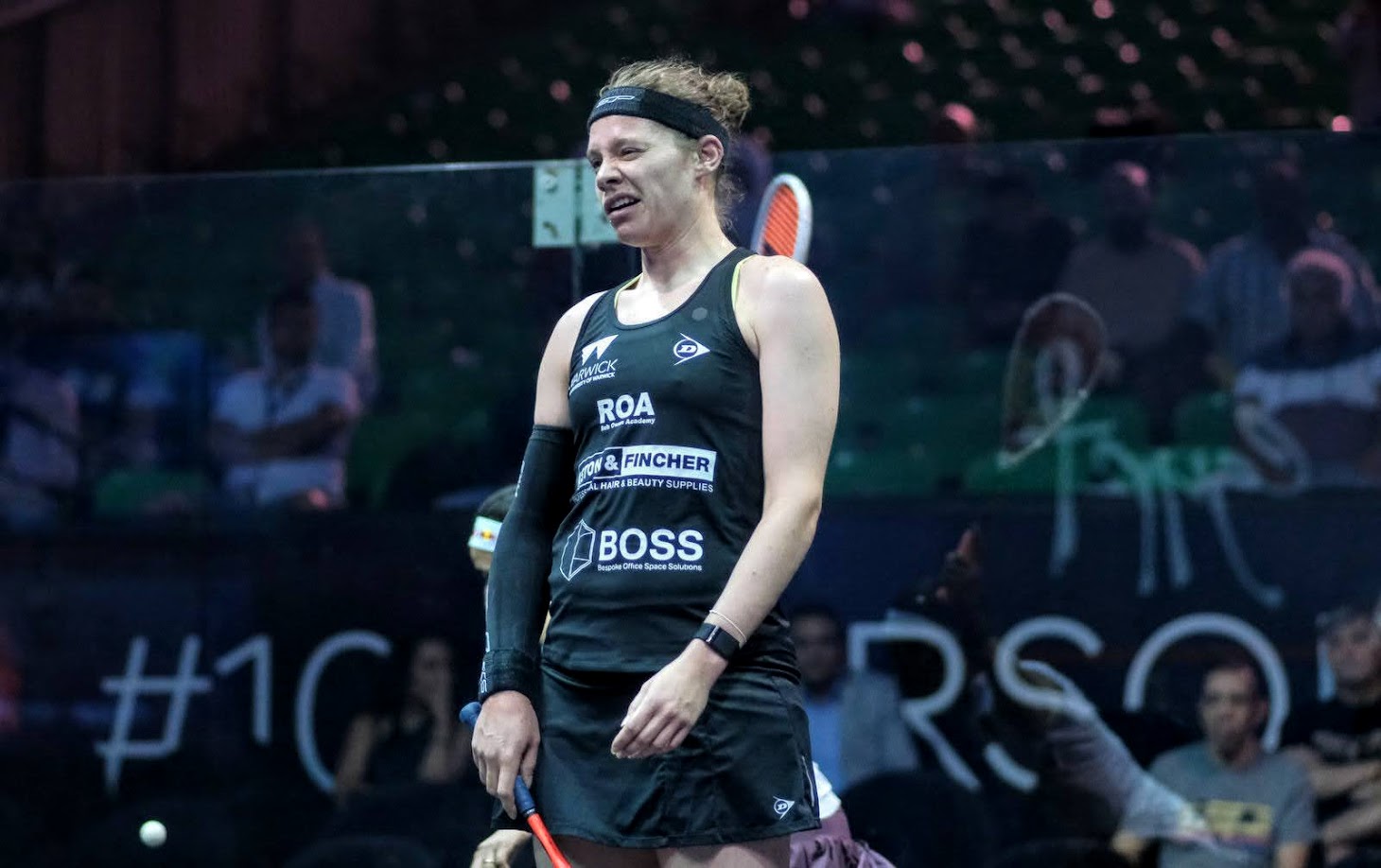 I’m not disappointed because that’s not squash. It’s too hot for squash. I had the impression of playing squash in a sauna for half an hour.

I want to play attacking squash, and that doesn’t encourages that. And then, I don’t ask much, didn’t ask for anything cheap whatsoever, but when I do and I get no lets for balls I can easily reach, two of which I thought were strokes! Especially if you consider how bouncy that ball was.

“I always like to play in warm, hot conditions. It really suits my game, but honestly that was really warm for me though! So I can’t imagine for other players how bad it is, because it’s usually the end of April. These 30 days make a big difference! I can’t really complain about it because if it suits anyone, it suits me more, so I’m happy with that.

“It was very different conditions compared to the last match against SJ, at the Black Ball Open]. It was really cold that time in Cairo, and she was really enjoying it out there. She won Black Ball before, so definitely she likes the court.

“I played well, but I had to adapt. I won’t say what I changed because that’s something for me! But I definitely took something from the game. She was playing really well, it was 3-0 but very close. I know SJ is very attacking and very tricky as well. She can be down but fight and win big titles when 2-0 down, so I wasn’t taking it easy at all. Playing against her is one of the hardest quarter-finals you can play. I was sure it wasn’t going to be an easy match and I’m really happy with the way I played today.

“I’m honestly not a big fan of rest days! I just like to kick off the tournament and get it done. But it helps with the long seasons, which we’ve had. I was looking at my tournaments and I’ve played 12 this year, which has never happened before. My body starts to feel it a bit and I’m just happy to be playing in one of the last tournaments of the year and I want to perform my best at the end.”