QF: Third was crucial between Ali and Marwan

And that was obvious in the first game. Marwan was playing a superb fast pace squash, putting a lot of work in Ali’s legs. And from the middle of the opener, it started paying off. Ali made three uncharacteristic errors. Marwan was putting him through the mill, superb attacking and positive squash. 5/2 Marwan, 9/5, 10/6 and 11/7.

If the first game was pretty fast and controlled by wait for it… The Controller, the second was completely different. From the start, Ali body language was different, and his position on the court as well. Now, he was the one making Marwan work, and from 7/6, went through game 11/6 in 12m.

The third is THE game. Sublime start from the Controller. God I love when he plays that type of squash, paced, but accurate, clever, panache and all. But a few chats with the ref started to creep in, he was making sure to take as much time the ref would allow – I love the going for the towel after a review/court cleaning… bless him…

And that’s the sign he is starting to tire a bit, and gets a bit under the opponent skin – if he lets him do it… 8/5, 9/6. That’s a big gap. And I felt that Ali finally succeeding in slowing down the pace.

5 errors from Marwan in that one.

“I think the World Champs always comes with nerves. This time around it’s always tricky when you play the same person so quickly, and you know how smart Marwan is, everyone is talking about the conditions, he dealt with it better to start with, I was trying to not overcook my shots but I ended up being too passive.

“So I told myself to be more aggressive even if you’re not going to win the point straight away, I can be more proactive but the third was the crucial one. I think I was 8-4 down but I’m very proud of the way I fought back.

“I was inspired by Paul and Mohamed and everyone playing this week and how much resilience they have and how they’re backing up after last week and were all pushing so hard and Marwan as well so I’m just very pleased to be through.

“Physically and mentally I’m fine, it’s just emotionally. All of the hype around the tournament, you know its the pinnacle of the season and when it’s done all the adrenaline fades away, but this is what we train for I have a great team behind me, I have Tim here whom I love talking squash with and he’s helped me a lot throughout my career and it kicks something in your head on the day.

“I want to thank my parents as well, my dad drove all the way here after finishing office hours in Cairo and my mum is always here and Nour as well so, it’s all so important to me.

“I wish I could celebrate better on becoming World No.1, I was locked in my hotel room all day, it feels amazing and consistency is the one thing we all strive for and I’m very proud to have it back and you know this season still has tournaments in it so hopefully I can hold onto it.” 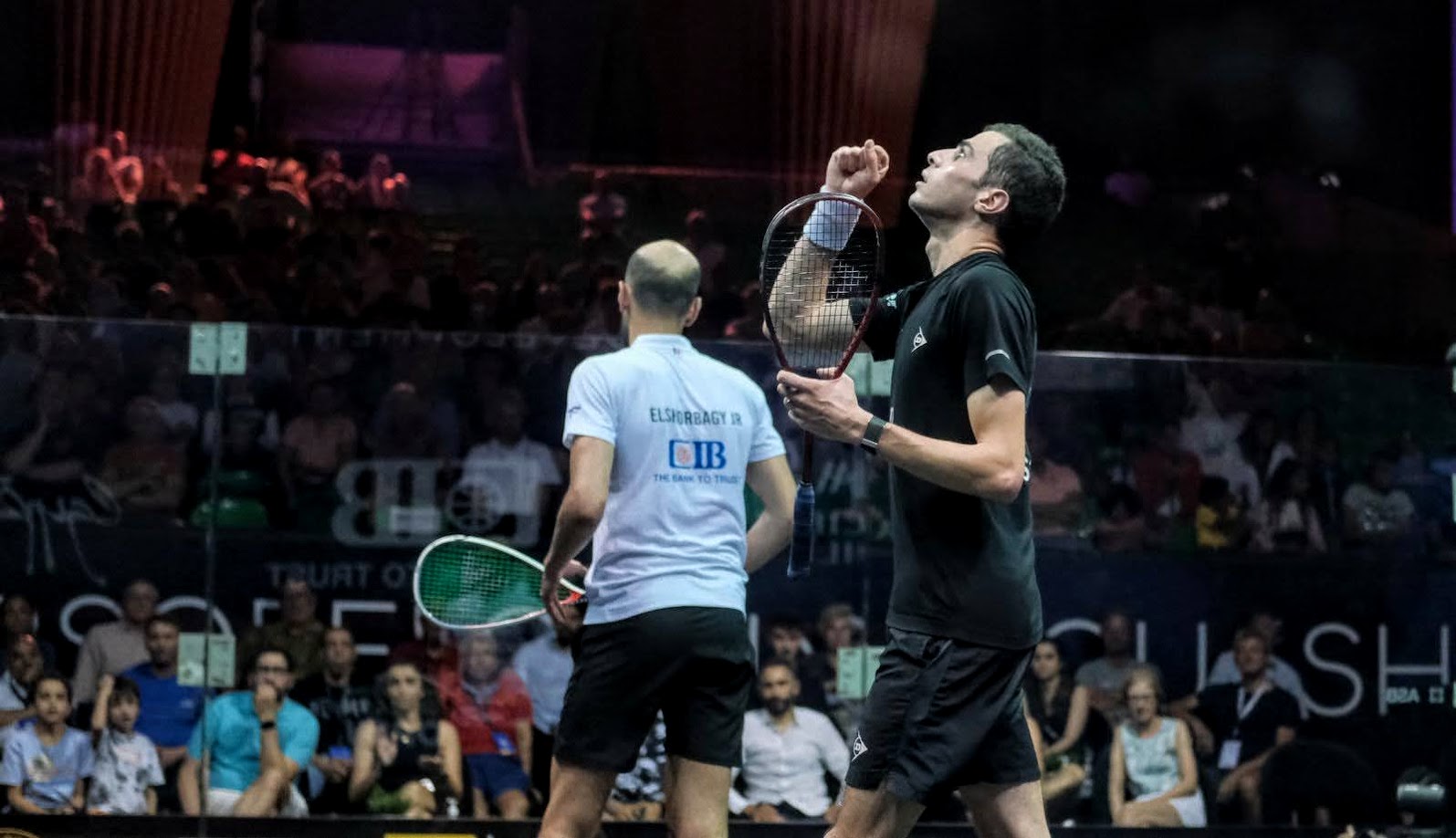