I have never seen Joelle that unhappy on a court. I mean, I’ve seen her unhappy with her own game, but she is usually pretty laid back.  Not sure when it happened but she complained several times from the middle of the second game about Hania getting coaching from Haitham Effat, who was sitting in the front row – like for the preceding match as he coaches Marwan.

First game was all about the Gazelle – I know somebody decided to call her a leopard but as Hania never changes her spots, I’ll stick to the Gazelle, sorry… 6/2, 11/4 in 9m. It has to be said that a warm and bouncy court was never going to suit the crisp and fast squash Joelle excels at.

If the first was onesided, the second was a big battle. Not much between the players, 2/2, 4/4, 5/5. The rallies are long, both girls are looking to impose a good basic game. Lots of movement, great squash to watch. Seemed very fair from my position.

But from that point on, Joelle is complaining that Hania is receiving coaching from Haitham. Unfortunately for her, the court doesn’t have a back door, only side ones, and she cannot be heard by the ref who repeats every time that she cannot hear what Joelle is trying to say.

Don’t ask me, I’m situated just behind Haitham, and I cannot see anything.

9/9, 10/9, first game ball for Hania, but at the end of a gruelling rally, the Egyptian finds the tin. Joelle gets a game ball of her own, 11/10, but the ball bounces at her feet, and that’s a stroke for Hania…

Joelle never really came back on court, very troubled and frustrated by what she saw happening at the back of the court, and Hania wheezed through the third 11/2 in 7m. 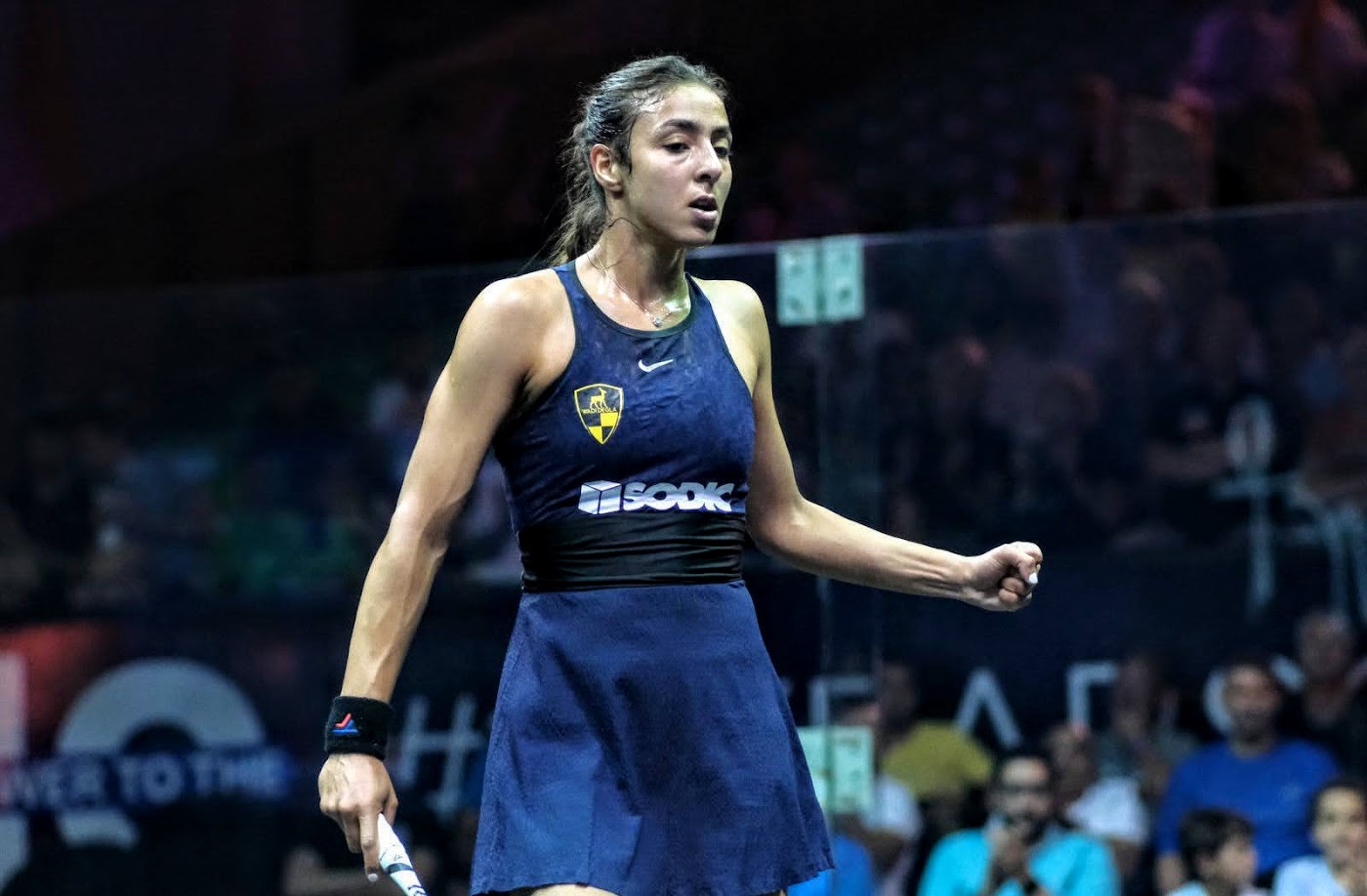 “Yeah I never had any tension with Joelle before and I don’t know why she thought he was coaching and she can watch the match back so she can see, maybe I’m wrong but I don’t think I am.

“Nour is a six-time world champion, she just won the tournament last week, if we speak about confidence, she is on a high right now but it’s always a pleasure playing her and an honour to share a court with her and I’m defiantly looking forward to tomorrows match.” 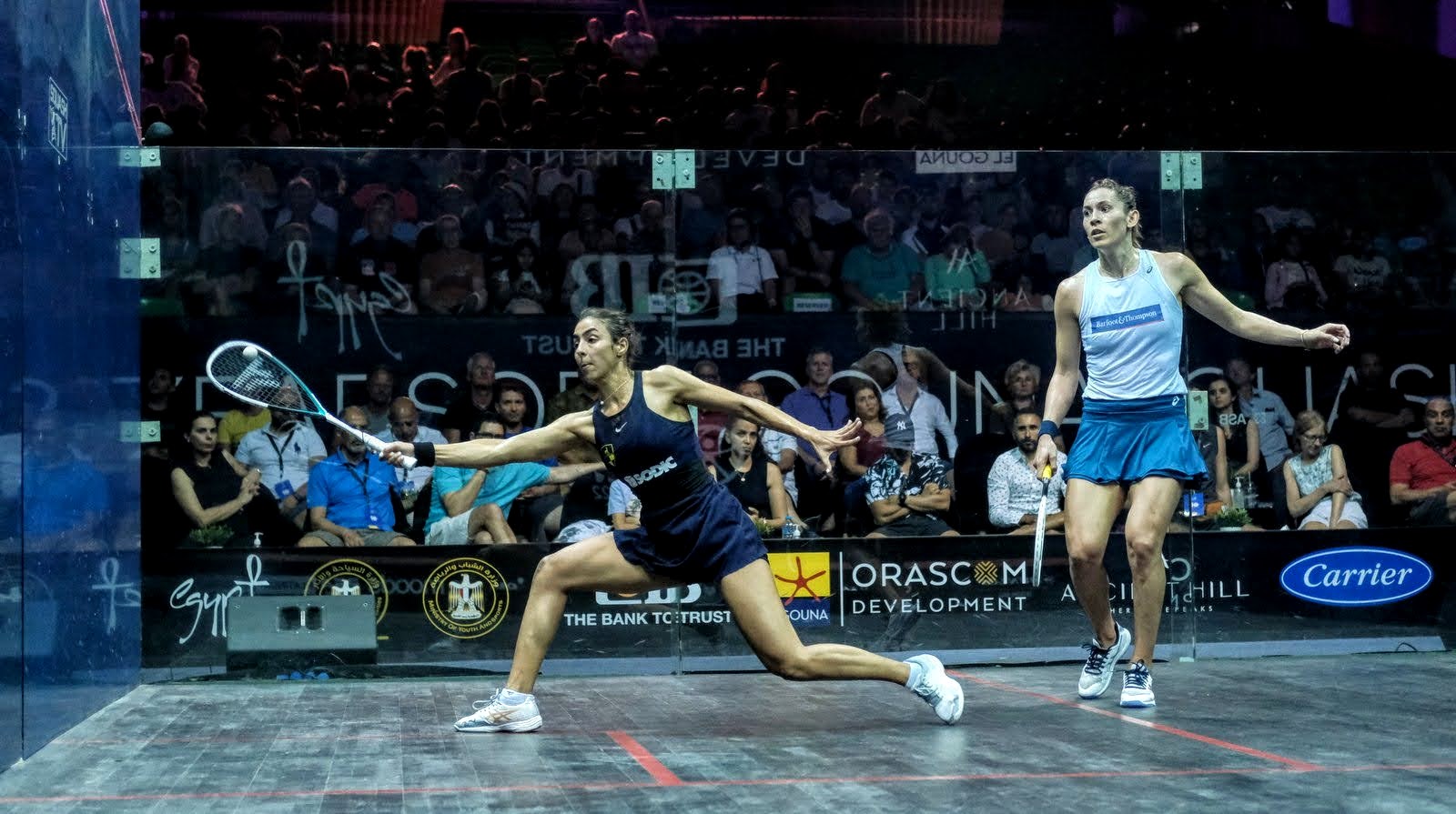