World No.1 Paul Coll came up against the tricky World No.8 Mazen Hesham, but produced a composed display to nullify the Egyptian’s attacking talents, and his 3-0 victory will pit him against Switzerland’s Nicolas Mueller, who came back from a game down to beat USA’s Todd Harrity.

“I was pretty happy, it was very tough at the start, he was firing it in short very well. I was a bit slow to start and he was chopping nicks in and doing what he does best. I had to be careful and once I got over that it was good.

“It’s quite a short break after the World Championships but it’s a good opportunity to bounce back. I’m looking forward to a good tournament, I got exactly the same draw, so it’s familiar this week, and I’m hoping to put in some more good performances.” 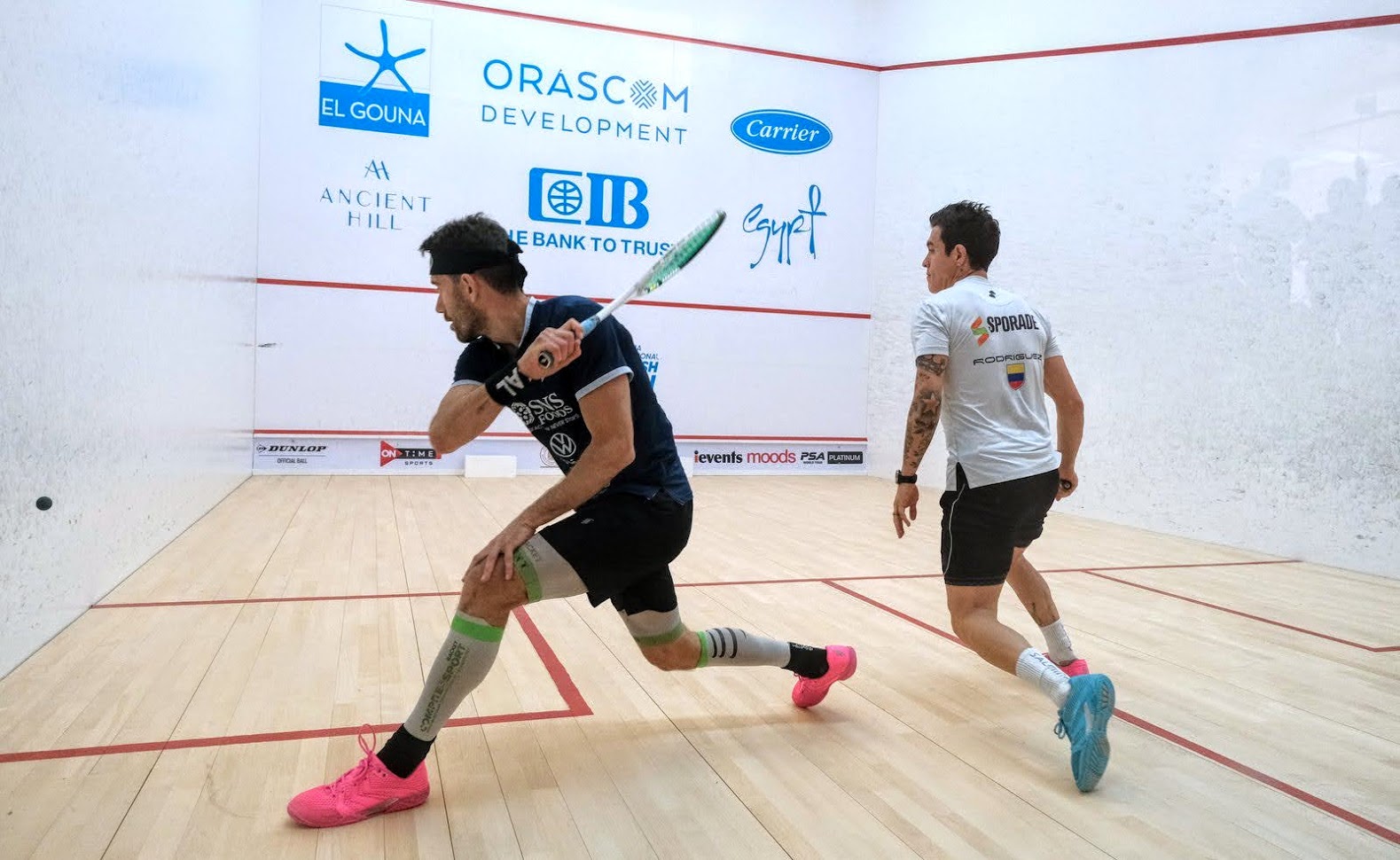 Spanish veteran Borja Golan has reached the third round of a PSA World Tour Platinum event for the first time since March, 2020 – and he will take on defending champion Mohamed ElShorbagy for a place in the quarter finals.

There was plenty of applause from enraptured spectators at the El Gouna Squash Complex, particularly when Rodriguez pulled off one of his trademark dives, and there was little to separate the pair throughout the contest, until Golan held his nerve right at the death.

Miguel started very fast, and had a great start, I think 6-1 in the first game. So I just tried to slow down, I took a few points back, but it was a bit short that one. 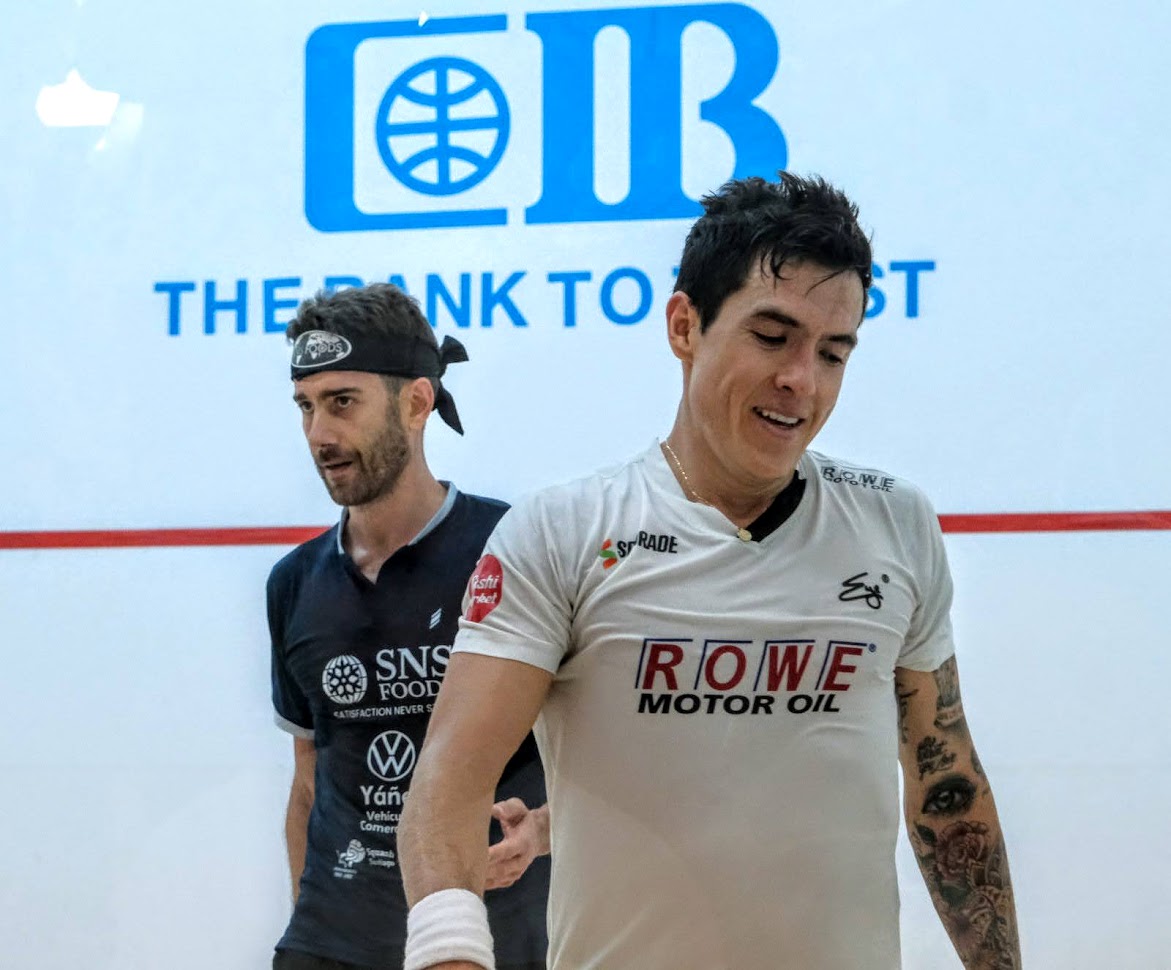 Of course, my game plan was to control the T, trying to play high balls, still slowing the pace down. Miguel started to run more and  logically he couldn’t sustain that pace forever as he started very very fast.

I was trying to keep the ball deep and stay in control of the T. I made him run, hold the ball a bit, took the speed off him. I tried to mix up the pace, and try to control him. Of course it was hard. We control batches in the match each our turn, it was also a mental battle.

At the end, neither of us was 100%, it was 82m of non stop hard work, only stopped as there were a few dives, but that’s it. Very few calls, and we were feeling the legs in the last 10m of the match, for both of us!

We kept fighting, it was so nice to play a fair match like that, with a good friend, to give your best, and actually WIN, that’s the bonus. 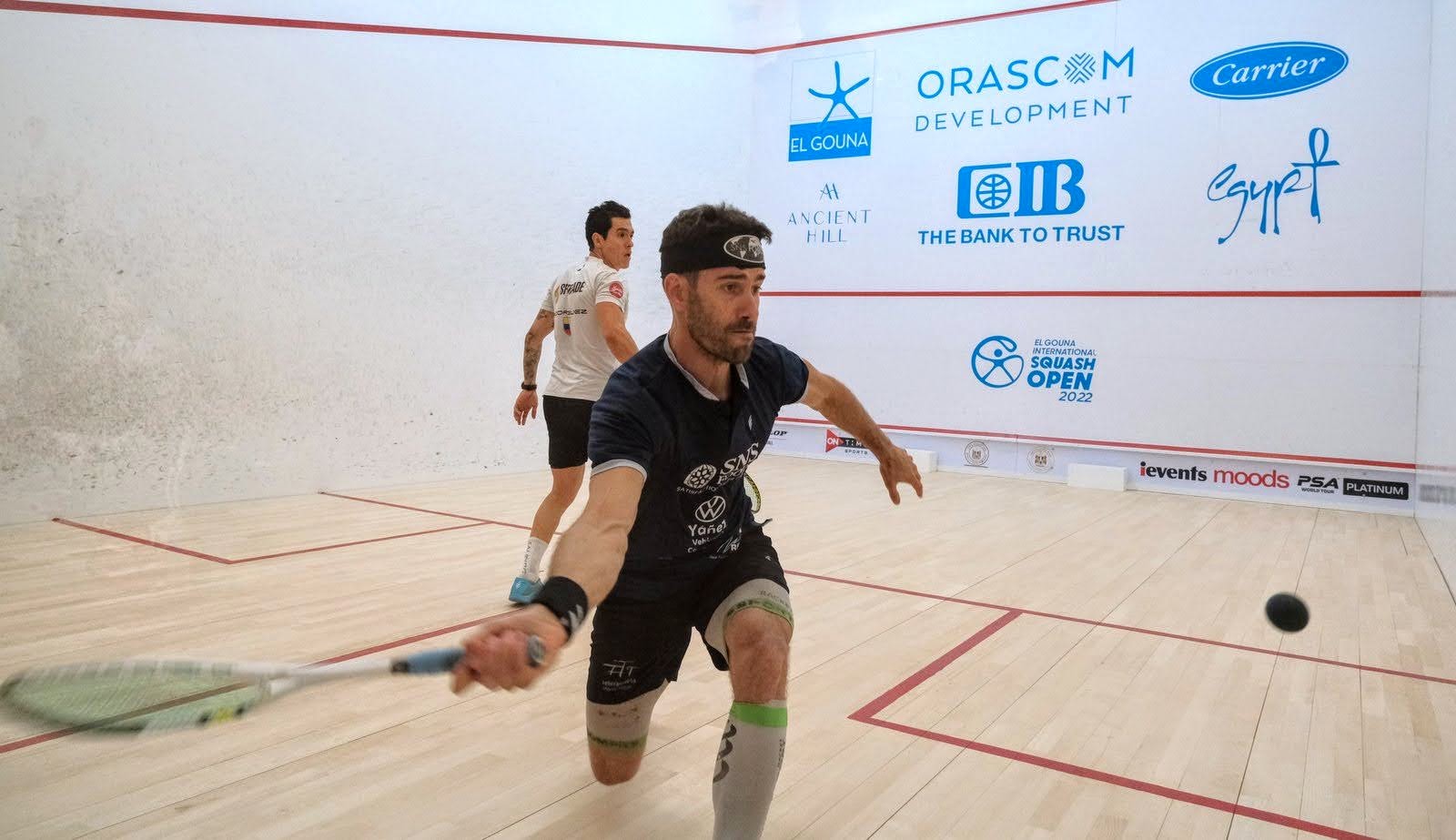