Women’s top half gets under way with wins for SJ Perry, Alison Waters and Nada Abbas …

Nada is struggling with a bit of a niggle on her playing wrist and is having it looked at by the physio, but it didn’t prevent her from taking a win today in a good contested match that went up and down for both honestly.

Good first game for Nada, then off she goes with the fairies in the second, down 8/0, saving 7 game balls to finally bow 11/9!

Nada : In the second, I just lost concentration but at the end of the game, I told myself that I would not give her the game that easy. So I gave it a fight, even I was to lose that game, to keep trying, to start the next game with a better energy. And I was close!

I’m trying to play my game, keep it to the back and keep the ball away from her volley, she is very skilful, so trying not to give her easy shots. She has an amazing volley drop shot and drop shot from the front. I watched her against Melissa, so I knew what I had to do, and how to handle her strength.

I tried to best my best from the beginning, to have the upper hand. I’m really happy to go through and delighted to play well again.

I am playing the winner of Hania and Emily. Actually I played both in 2019, and I lost to both 3/2, so whoever I’m playing, I’m looking forward to …

A lot of tension during that match, a lot of calls, discussions with the ref, Mariam truly not happy with some of the official decisions. The score tells the story, neither girls never had the upper hand, and Ali was “boy am I glad to win that last rally…”

Alison : I think that’s the hardest thing when I play Mariam, I played her a good few times, I know when I play well, it’s keeping calm, not getting involved in decisions, with what she is doing. Which is very difficult when you are in the heat of the battle and when you think the ref took a bad decision and your emotions take over. 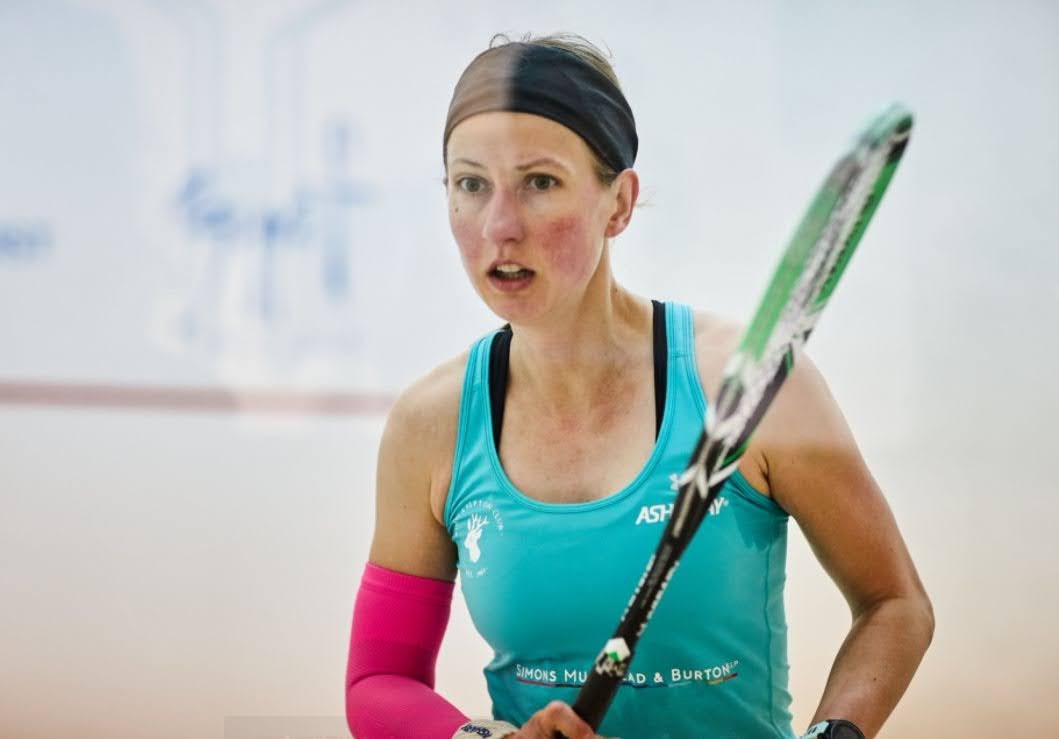 But I kept calm, and even when I lost that third, I still felt confident, I think I was playing the ball quite well, and I had the confidence I would win. Still very pleased to get that last rally, because it was a bit of a scrappy rally.

The way we both move is very different, so if I play a loose shot, I’m in trouble, she will look for a decision instead of playing the ball, so you are under more pressure to hit a good shot, or you’ll know there will be decisions.

I’m really pleased to have won a match after so many weeks, months not competing. And nice to have another match in a few days, against SJ.

It will be good we are really good mates, we share on tour, well, not at the moment as it’s not allowed, still I haven’t played her in a while, so looking forward to it.