A very highly entertaining match between Raphi full of confidence and energy, while Ali was just doing his Ali thingy, absorbing, slowing down the pace and finding a killer when you don’t expect it!

We were one all. Feeling the danger, Ali reassessed his plan and slowed down the pace a lot, 7/2, 11/3 in 6m, and a long 13m game for only 11/4 (a little interruption for blood injury around 5m), a few errors creeping in and Ali playing sponge with the German’s speed and intensity… 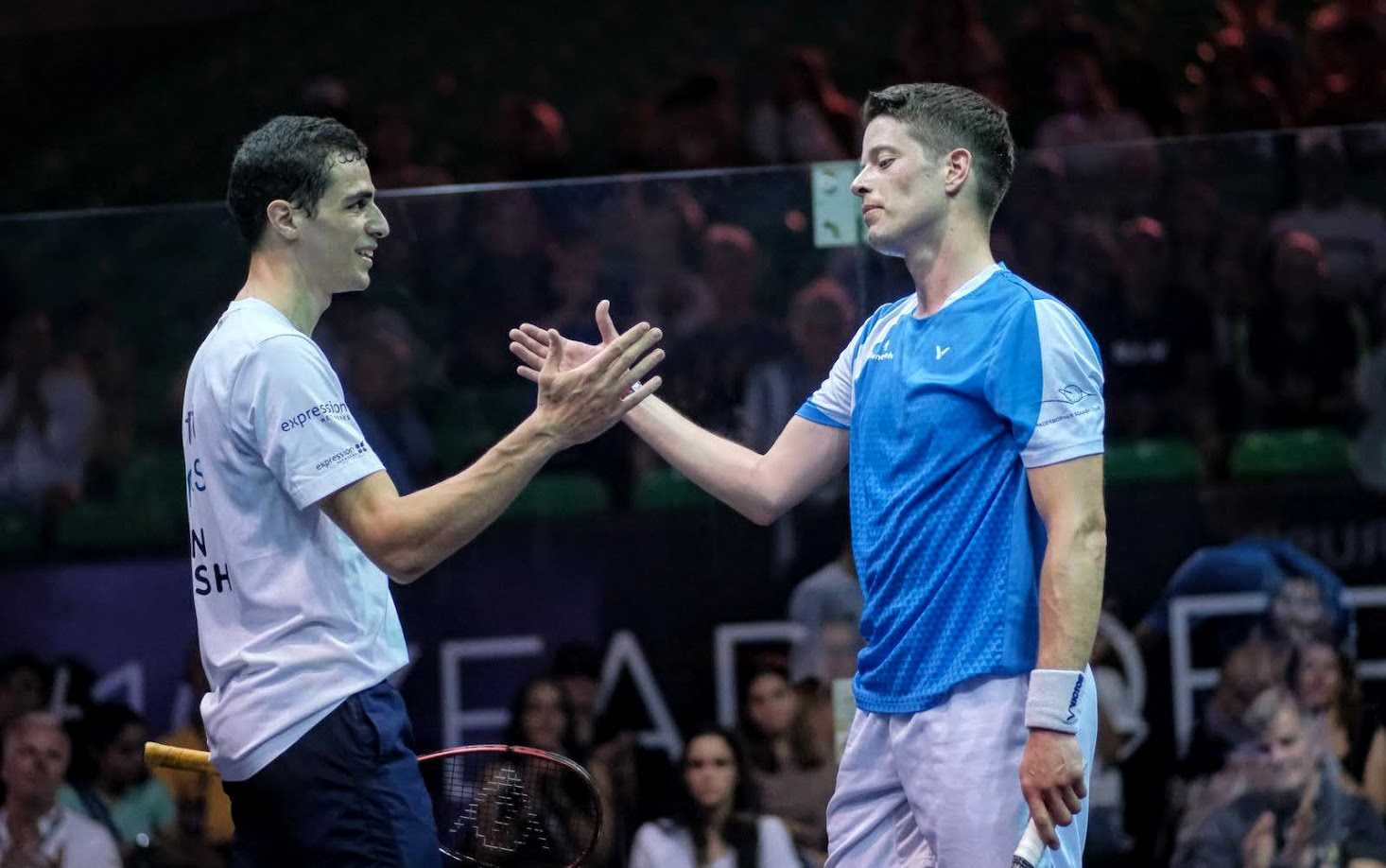 It was the first time ever playing Ali I got into the match a little bit.

The last two or three times we played, he just destroyed me on court, whatever I tried, he was bettering what I was doing. My plan A B C and D were not working and just not good enough, because my basic game was not good enough.

In the past weeks, I have been working on my basic game quality, and I think it worked out quite a bit, especially in the second match against Ibrahim, and now in the match against Ali.

I managed to get him way much at the back of the court, I opened up opportunities, sometimes the ball went in, sometimes went out, I had so much pressure on the purpose of the shot, but overall, I was hunting him so I had no pressure and I wanted to have a really good match, didn’t matter how the ending was.

And I think until the last game I gave it a really good and open match. Unfortunately, in the last game exactly what I shouldn’t do happened, he was absorbing everything. I can retrieve as well as he can at times but he is just much better at it and he feels so much more comfortable because also I’m a much bigger guy than he is.

At the end, it got it working for him but until the last game, I’m happy with myself.

“Playing a left-hander in the previous round definitely helps but they’re very different players, Raphael likes to play at pace and use a lot of angles, which is not easy as it’s such a bouncy court and it’s hard to put the ball away.

“I was trying to find my groove from the beginning, Raphael made it tough all the way through, but I’m very happy that I was able to contain him at the end and come away with a 3-1 win.

“You always want to be yourself and don’t want to change too much, I like to use angles myself but against Raphael, he’s going to pick me off so I tried to put him next to the wall and against other players I tried to twist and turn him as much as I could. It depends on the player, you want to execute your brand of squash, never forget what that is, but just come out and try and execute your game plan.

“There is a bit of a hangover after last week, on Sunday I finished the match and tried to recover as much as possible. I didn’t get much sleep and Monday was a busy day, replying to everyone and Tuesday was the celebration day. I didn’t do much but it was a good day, I was on the bike and did some exercises for recovery, then on Wednesday I drove here and hit with Nour and on Thursday and Friday I had some good hits then got going on Saturday.

“El Gouna International is one of the main events of the year, it was Amr Mansi and iEvents who kickstarted all the events in Egypt. I know we had the pyramids back in the 90s but it was backed up by the government, this was the first one that was a private run event. I was here at the very first one and I’m honoured to have lifted that trophy one time but it will defiantly sound better if I can lift it again.”