A first game with Greg getting quite a few stroke out of Diego sluggish movement, and a few errors as well. A 9m opener won by the French Acrobat 11/6. 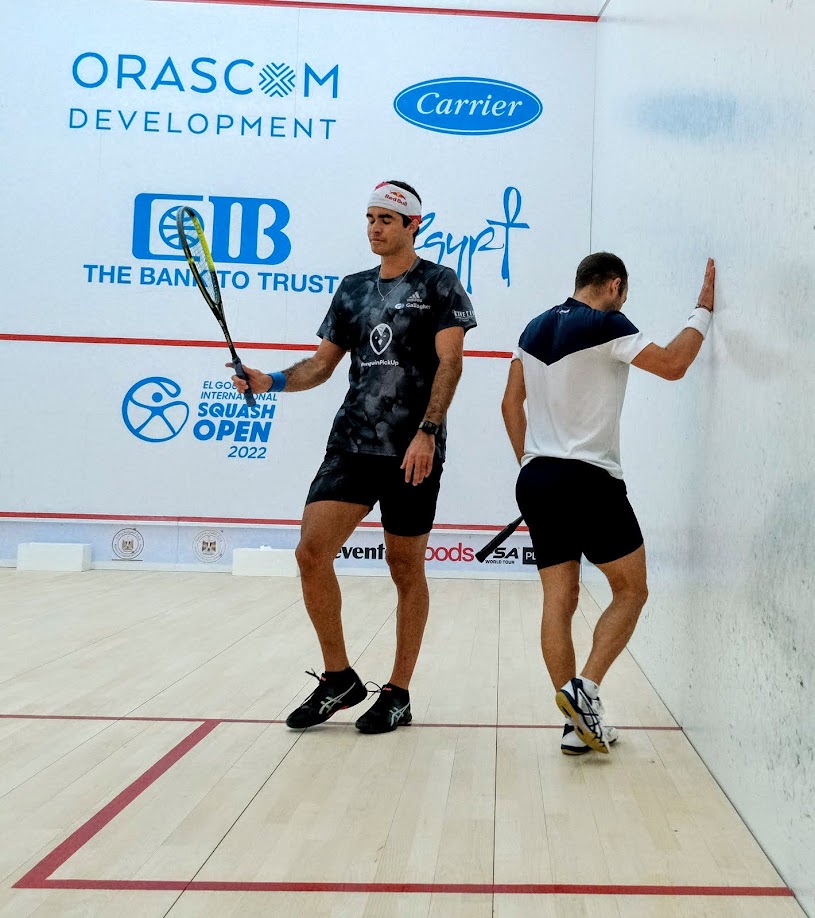 A good response from the Acrobat in the third, leading 4/1, until the Puma decided that time was up. 4/4. 5/5, 7/7, 8/8. Match was seriously on by then, long rallies, whoever was holding the T was making the other do a heck of a lot of running.

At that point, broken string for the Frenchman: ‘I’m really forking unlucky’ could be an edulcorated translation of his remark at that point. Change of racquet. 11/8 for the Puma, 14m game and both making 3 errors.

That was it for the Frenchman, nothing left in the tank – not exactly surprised, the amount of running he did in that one is quite surreal, and it’s 5/1, 9/2, 11/3 for the Peruvian in 5m.

To be honest, I was disappointed but happy, much better than two days ago, quality, pace, I feel there is like a world of difference between what I produced on Saturday and today.

Now, it’s always more difficult to get in an event against a player with no pressure and having nothing to lose. But if I look at the quality of the squash I played today, I feel I’m on the right tracks.

Not easy mentally at some point, 8/8 in the third, I feel I am onto something, and I break a string. Loss of momentum there, whereas that was the moment I should have gave it a big boost. Shame, I felt I was nearly in the red, and I really needed to be as lucid as possible, but the players of that calibre/quality, that’s where they make the difference.

If I take the third, he can start losing a bit of confidence, and if I have a little drop of energy in the 5th, you never know. So bit of a shame, I felt I had a good control at the front, although I didn’t seem to be able to finish the point although I created good opportunities. A little error, and zoom, he was back in the game. Whereas he was able to close much better.

If I compare it with my performance against Fares in the worlds, I was so frustrated and unhappy with my squash, my relation with the ref, the not that great quality of his movement at time, I felt I didn’t explore all the avenues.

Today, I did what I could, with fine lines, which is the case all the time with those quality players: you are not at their level by chance! Everything needs to be at the right place, mental, physical. So rather satisfied with my squash today.

“I didn’t feel very good today. My body was a bit stiff in the first game, every time he went short I was struggling to run. I’m happy that I could start moving after third first game and started attacking more. When I was behind him, I was so slow to react and had to get in front of him and start moving him.

“I knew he had a tough match a couple of days ago. I knew that if it was going to be longer it would be tougher for me. I’m just happy with the way I recovered from the first game.

“I’ve felt very good lately since my injury. Since the start of 2021 when I came back for the Worlds in Chicago, I’ve only had one bad loss in 15 or 16 tournaments, I’ve been getting to the quarters, semis and finals and I didn’t before. I’m happy with my results and I hope that I can keep going at this tournament.” 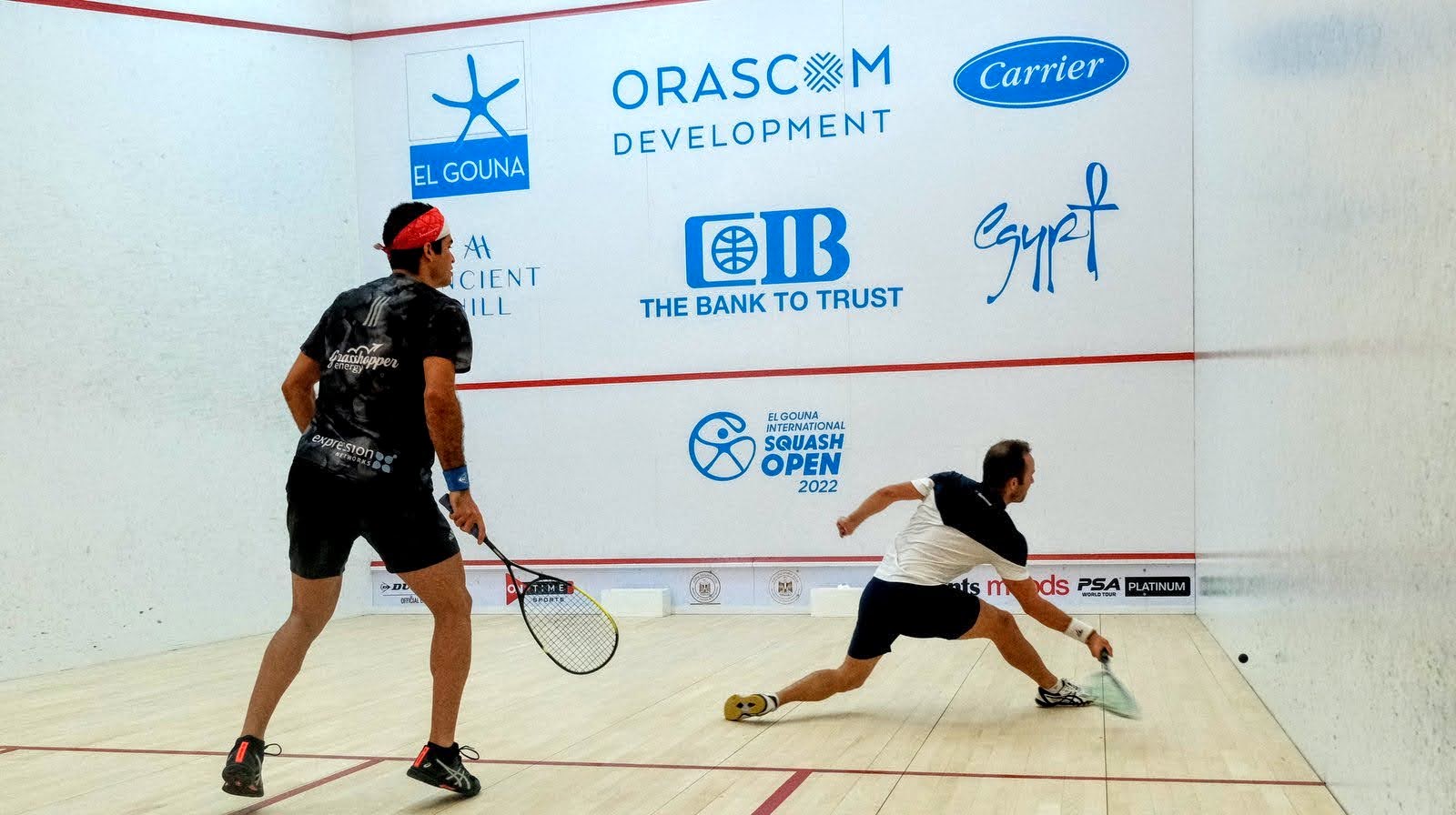