The score says it pretty well. It was never comfortable for the world number 2 who tonight was struggling to impose any sort of game plan.

The Egyptian was hitting pretty hard as normal, but her accuracy was slightly wobbly tonight, and Siva was absorbing the power and returning it with delicate dividends, feathery drop shots that Nouran was struggling to read.

Obviously there is a reason why Nouran is world number 2. So I tried to do my best, and give everything I can, which I think I did pretty well.

The first and the second, I was leading a few points. I felt pretty confident on court. As some crucial parts, I lost my focus and did a few errors, but overall, I think I did pretty well in this tournament. I played better than Black Ball for sure for sure!

I’m happy with the way I’m progressing, hopefully to come back stronger.

“Siva is not an up-and-coming player. She is already there, you know, she is one to watch. We haven’t played since the World Juniors which was four or five years ago, and I feel really old now!

We have evolved and it was completely different to the last time we played. I am just glad that I managed to grab the last few points in each game to win in three.

“Physically, it was hard. The court is really bouncy and it is hard to kill the ball so there are a lot of court sprints to do.

“Mentally it was really tough to handle when you are 8-all or 9-all and you know you have to attack but the court is not dead so you just have to have it in mind that the ball will come back. I just tried to stay tough even though I was not playing the best squash. I was just trying to dig in and to win.”

Those two had played 7 times officially (much more on the Egyptian tour for sure, with only one victory for Mazen, here actually in Gouna 2017. And I felt that Tarek was weary of that match.

Lot of work produced by both, and Mazen having trouble to refocus at the start of the second, down 5/0, 6/2. But as he did in the previous game, the Black Falcon closed the gap, and we were back level, 7/7, 8/8. There, a couple of decision, and a sorry to say ridiculous no let against Mazen, which was according to my Egyptian pros in the crowd an obvious stroke. Mazen, very affected by that call, seemed to let go of the next few points, and it’s 11/8 to the Momenator.

So after a 15m game, Tarek was leading 2/0, and when he came back on court, Mazen was not there. He was stringing the tins, mentally absent. He made a few efforts at some point but the writing was on the glasswall, 10/2, 11/4 in 6m.

Mazen is a very tough player, he is very dangerous, he is extremely skilful and I knew from the beginning that my plan had to be to elongate the rallies. I wanted to make it physical so I could have the edge.

I have some shots of my own but I still wanted to make things conservative and not give him openings to throw in those crazy nicks. Still, he managed to throw in some crazy shots in the crucial moments. It is very difficult to make those decisions but it worked for him, but I was glad to close both games out.

When I got the lead in the third, I knew I had to focus and not let him back in like I did in both the first and second games. When you rattle off quick points, like when I went up 5-0 in the second, most of them were mistakes off his racquet. There were no rallies, there was some structure and then when he started to play better, it took me some time to get back into my rhythm and when things start going his way, he can rattle off points in two seconds. I find myself 5-0 or 6-2 and then in seconds, we are 6-all. Both times I stuck in there, and eventually it worked.

“She is a feisty up-and-coming player so she is young and hungry and it shows with the win she had previously. I waned to just find my game.

‘I wasn’t happy with my performance on the first day and I wanted to get settled on to the glass court so it is good to get a match that tests you and she did that. Really pleased to just win in three and not let her get any momentum.

“It is difficult because it is one day on then a rest day so you play then lose the momentum and due to the COVID rules, it isn’t like you can go out and about.

‘That means a lot of time in my hotel room, trying to get some sort of tan to go back to the States with. You have to test yourself mentally and not only do you have to prepare for your match but you also have to prepare for the environment of the tournament and spending your time in the hotel.

Yes, a lot of strokes in that match, I think it’s because I was rushing a bit too much.

Actually, the last rally, I played the right sort of game, I slowed down the pace, but I needed to do that from earlier one.

I think I played too fast with her, trying to match her game too much. I didn’t find my corners well enough as well, and she was allowed to volley.

She was in front of me too much during the match, and you leave anything on her volley, and the rally is over. I was never allowed to settle, I always felt rushed. 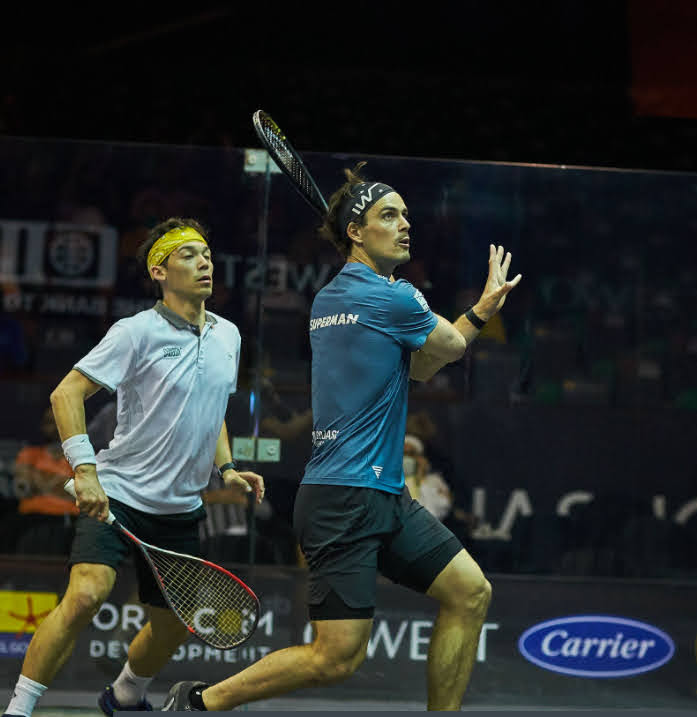 Paul on the war path tonight in the first game, thanks to Victor not finding his length and width, opening the court to the Kiwi only too happy to oblige and test his short game!

Back to the wall at 4/0 down in the 3rd, the young Frenchman, 21 yo, was finally able to put his ball a bit deeper and then twisted and turned Paul to force a few errors from him, finding in the process some lovely long drop shots and volley drop shots.

It was the second time in a few months Victor was playing the New Zealander. Maybe like he said, he’ll start earlier attacking the way he found out worked! 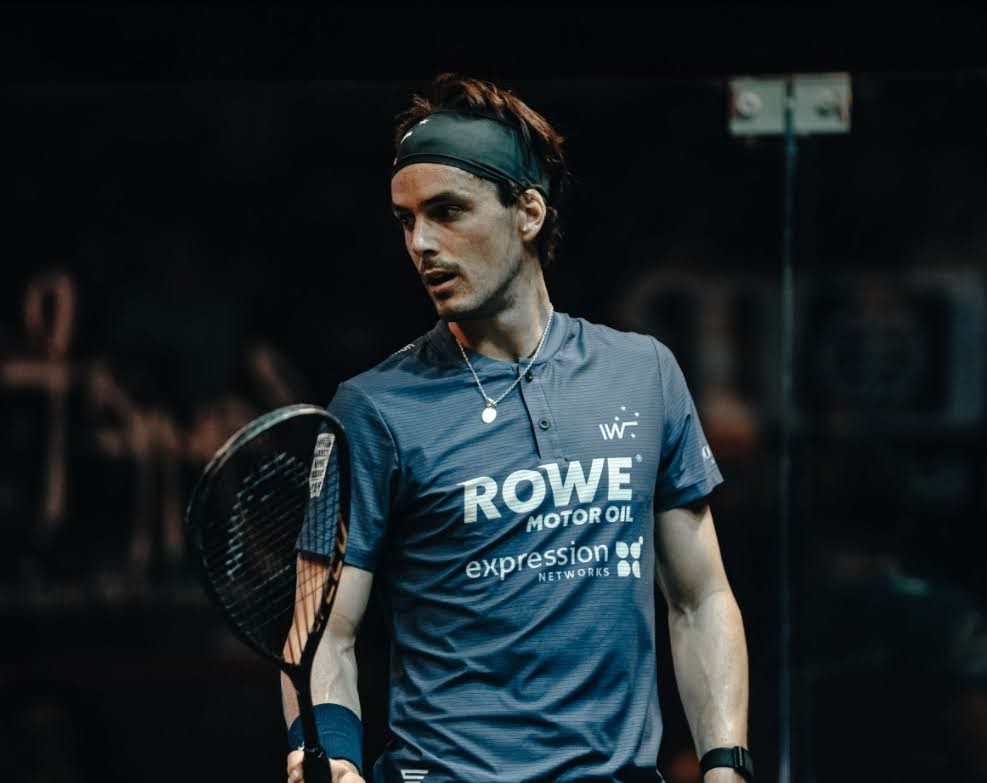 Paul: “I was very happy with the way I adjusted my game to the glass court in the first two games, I just lost a bit of concentration and he is too good of a player to let him play the way he wants to, and I think he showed that in the third.

“I didn’t give away much in the first two games, it was just in the third there, just a lack of concentration. He made me play and I wasn’t as stable on the ball. I just need to focus on the whole match. The ball moves in the wind a bit out there.

“Grinding it out and training is the best way to build that mental toughness. It is something I have been doing throughout my entire career and I need to keep doing it!”