That was a match that was very promising. Two attackers, very physical and full of energy/testosterone, and yet, good friends respecting each other.

And I have to say the 1st and 4th game was pretty good!

In the first game, Baptiste was up, both scorewise and on the T. 7/5, looking good. A good spell from the Egyptian, 9/7. But maybe did he relax a bit? Baptiste gave it a big push and it’s 11/9 in the opener for the French, 14m.

The next two games, Fares didn’t have to do too much, Baptiste was doing it for him. Unforced errors, getting out of the match mentally – was it tiredness? Or a bit too excited by the chance he made for himself to lead Fearless? Not sure…

But back he was in the 4th was the French. And even if Fearless was leading 4/1, a couple of errors helped – good pressure from the French, and it’s 5/5.6/6, 7/7, 8/8. The tension is obvious, a few calls at that point, getting in each other’s way, not surprising due to the court conditions.

A winner, a no let, 10/8 match ball, the rallies are superb and so fast! Another great rally, a great winner out of the back from the French, 9/10. But a short rally and an error, that’s it, 11/9 to close that 18m intense and great fun to watch match….

And the respect they both showed to each other at the end was just a credit to them both. 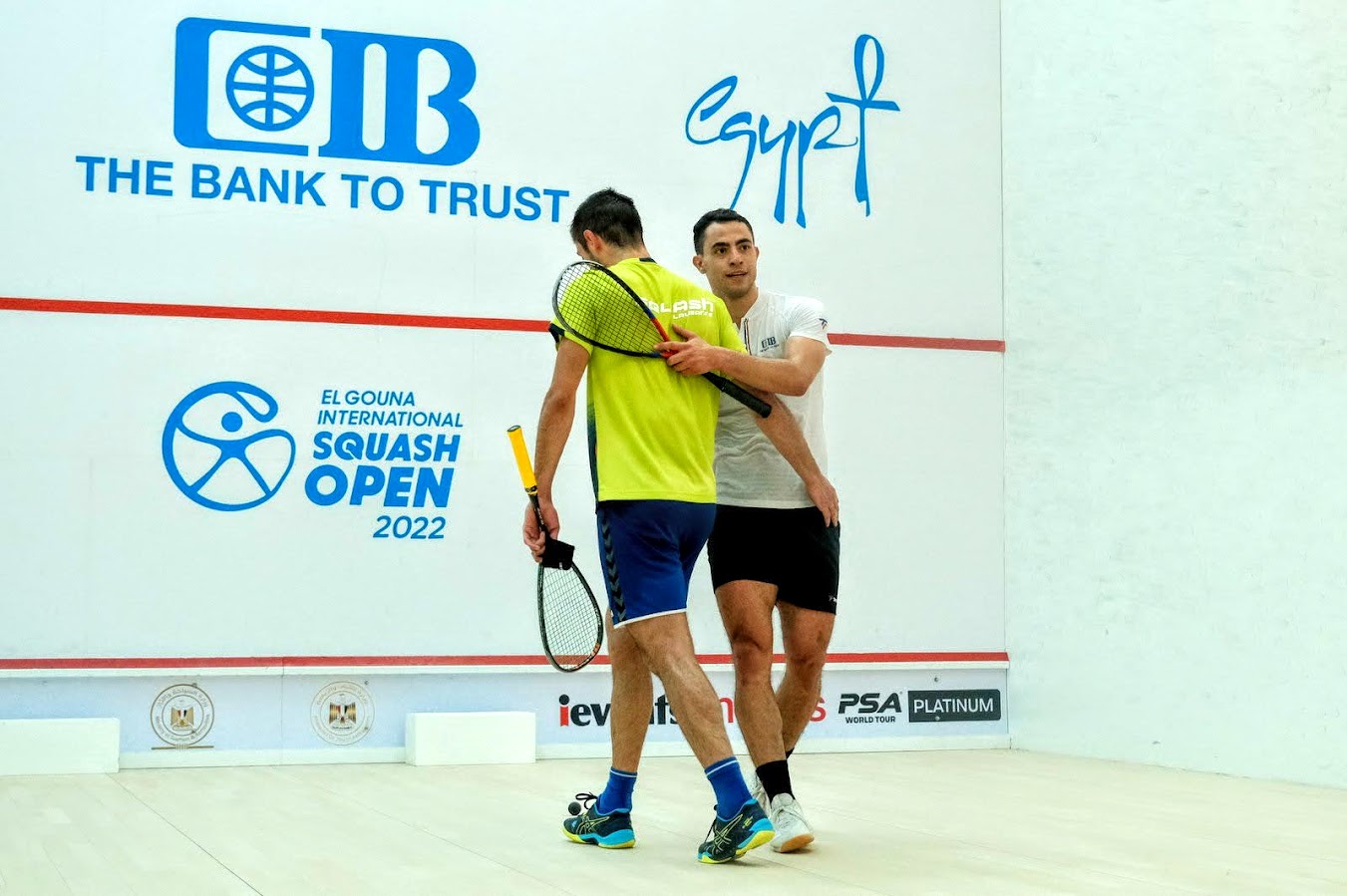 We had to have a small chat together, but it was very friendly, it wasn’t very aggressive and this is part of the game. At the end we are friends and it was a very fair match, so I’m happy with that.

“Tactically, I took a step forward because I know that he kills the ball very well from the back of the court.

“Especially on the forehand, so I was very aware and ready for whatever shot he was going to play. He took the first game and it was very hard. I was expecting that I would win the first game because I was 9-7 ahead and I thought he would give up, but he played very well and that was silly from me.

“It was a very good game and I’m happy.

“I’m going to watch ElShorbagy and Golan and I have a rest day tomorrow after I played two tough games back to back.

My best memory of El Gouna is beating Mohamed in the quarter finals right after I came back from my ACL surgery. That was a good one.” 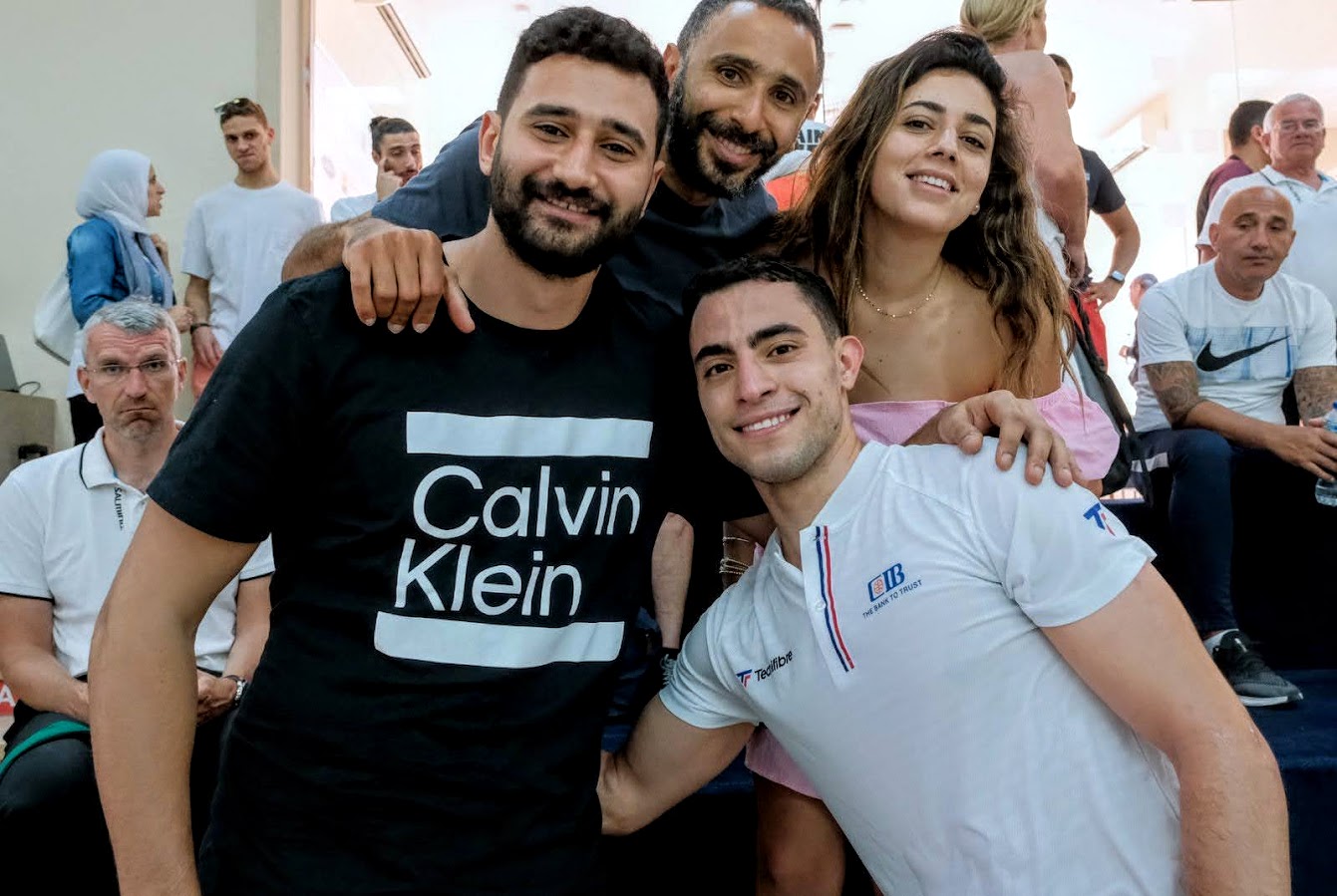