R3: Nour had to dig in against Gina

A few facts to start with. This was Gina’s first ever Gouna. She is 25 and at her best WR of 9. She had 56m court time before starting the match. On the other hand, Nour was playing her 4th Gouna, and her best here was semi finalist in 2018. And in two matches, she had only 66m of court time…

Nour at no point in time thought the match was going to be easy. And if Gina had her foot troubling her yesterday at the end of the match, today, she seemed to move pretty well indeed. Which was excellent news.

Not a single error from Nour. 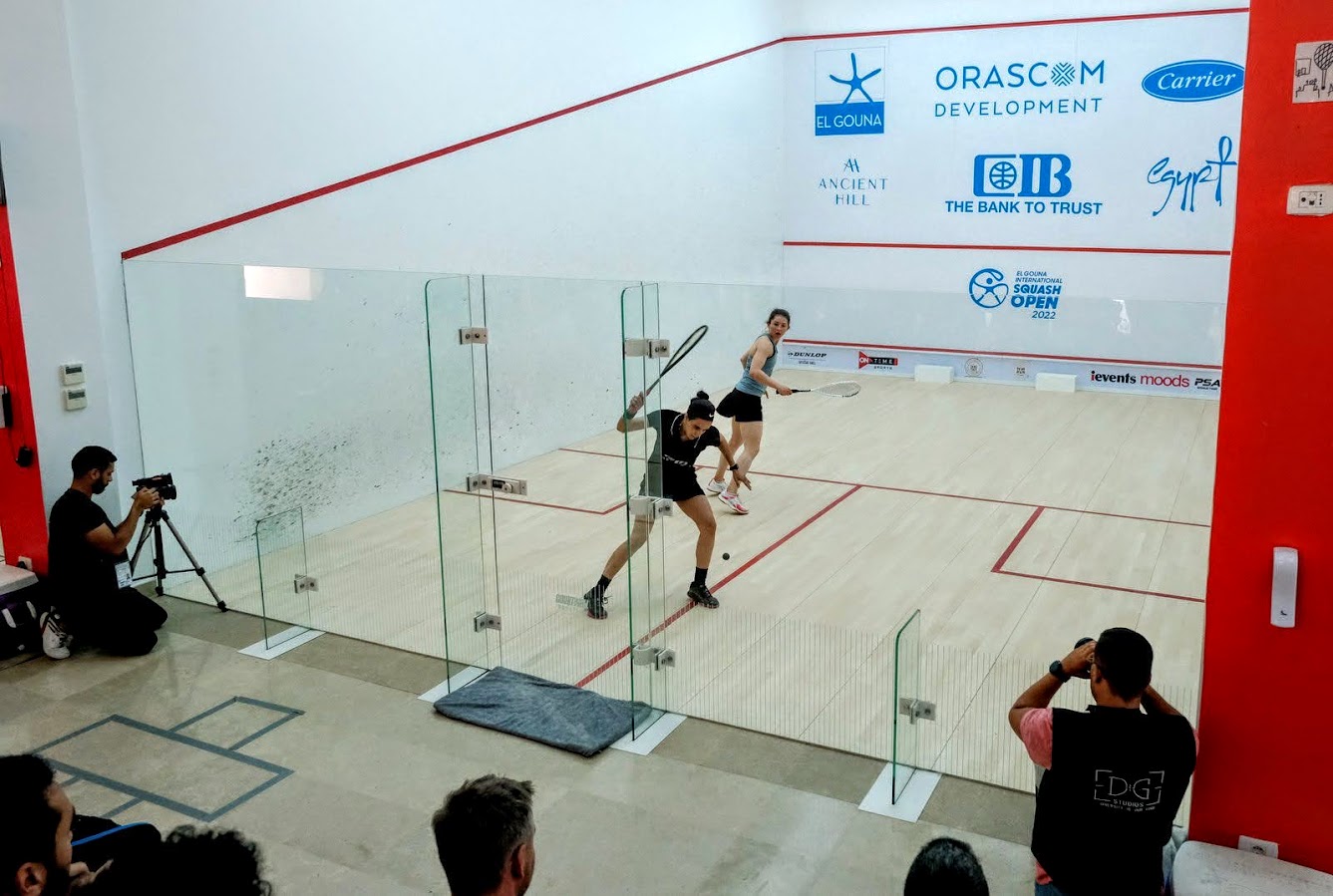 Nour still not a single error.

The third is a typical lack of match fitness from Nour, as she admitted herself after the match. Gina took the opportunity with two hands, and showed us why she is ranked out of the blue top 9 in the world!

And oh my Lord did we seem to head for a 5 setters when Gina, keeping the momentum, lead 4/0, 6/2. “I was thinking about taking a plane back to Farida, and that relaxed me, realising that if I was to lose, it wouldn’t be the end of the world”.

One error from Nour on a return of serve.

Like PSA said not too long ago: Nour El Tayeb. That it. 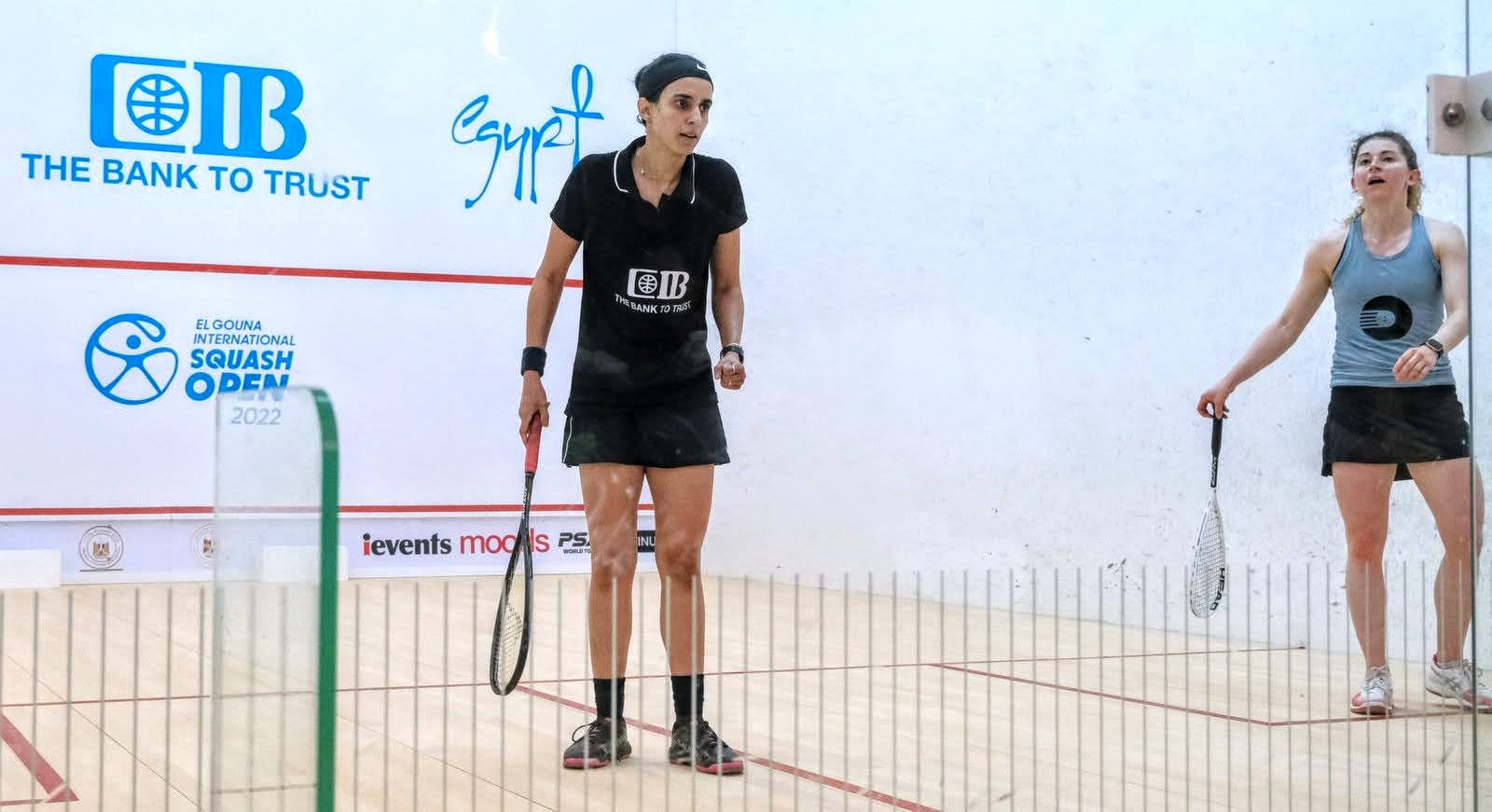 “After beating Rowan, I told Ali yesterday that the uphill battle was won, I won the hard one.

“I didn’t think that today was going to be easy, but because it’s a different type of squash I kept watching Georgina’s matches where she was beating top players so I could put myself into the frame of mind that she is very hard to play and hard to beat. I think I managed to do that well in the first two, but then I think I lost a bit of energy in the third. Maybe I felt that I was 2-0 up and I could start going for it.

“I’m not used to playing three tough matches in a row, and she’s the type of player where there have to be rallies, I can’t win on a flick or two. Even if she tins some of the crucial points, it has to be at the end of a rally. Maybe I wasn’t prepared mentally for this, but in the fourth I was thinking already about my flight back home to Farida [daughter], and I think this made me relax a bit.

“I was trying to tell myself that losing is not the end of the world, you can still go home and have a nice day. Maybe I worked harder in the fourth without being too overwhelmed about whether I was going to lose after being 2-0 up. I lost a few when I was 2-0 up and it breaks a part of your confidence, so I’m not confident like I should be when I am 2-0 up.

“I’m lucky that at 8-6 in the fourth she had a clear cut stroke which she didn’t ask for, I think 9-6 from 8-7 is a huge difference, especially psychologically for someone who is down in the game. I’m happy I dug in, in the fourth. You get the reward when you dig in and work hard, I got a few tins from her and one stroke.

“I’m glad to be in another quarter final, I’m super happy to have a day off tomorrow, I need to relax and take some time off before I can go again in two days. I want to win matches like this rather than lose and go back with less confidence. Winning this match gives me a lot of confidence, even though it wasn’t the best squash in the world, and actually, it gives me confidence BECAUSE I won playing not the best squash in the world. 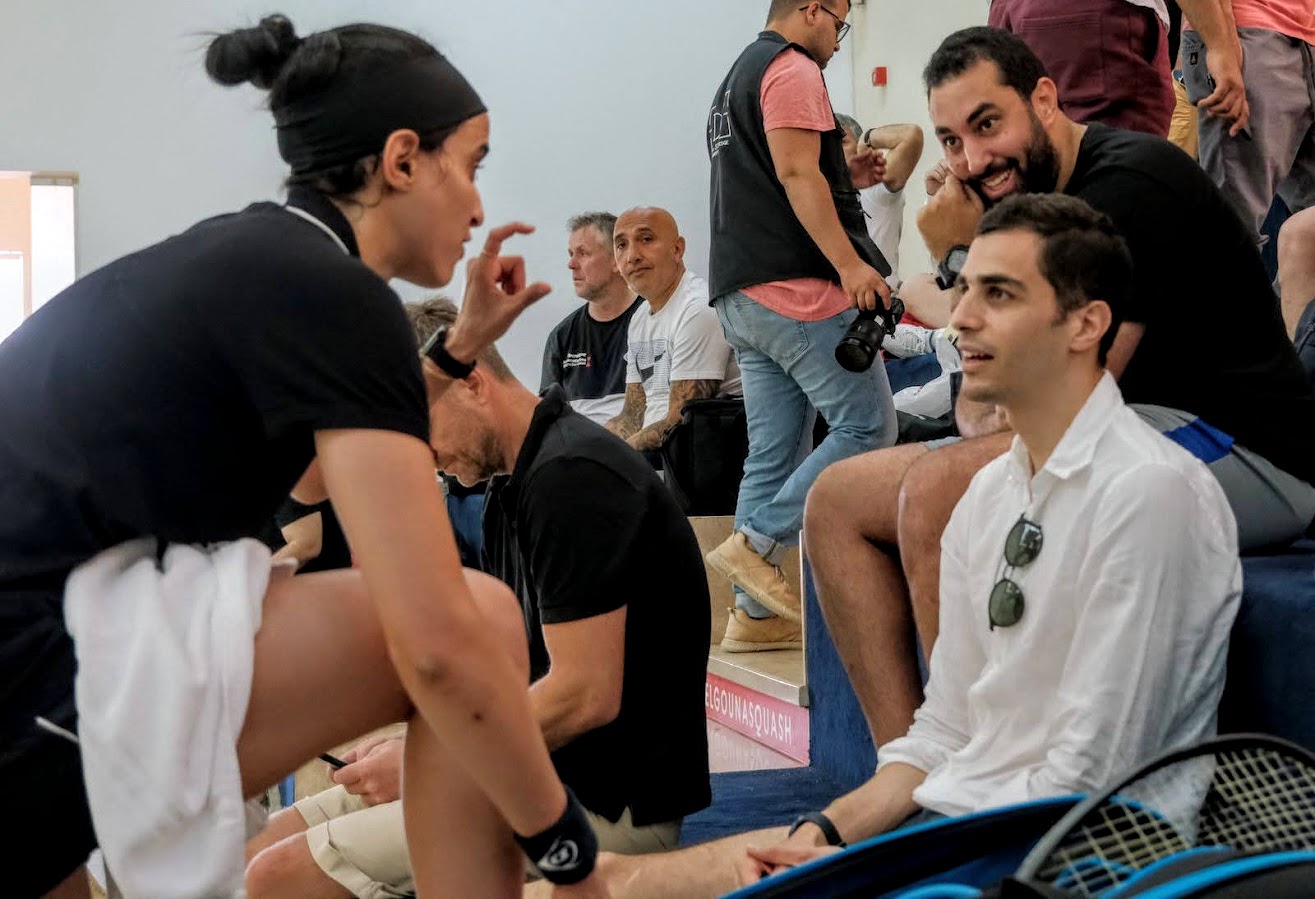