“I only want to do better than I did in the British against her” confessed Lisa yesterday when asked her thoughts about the upcoming round three.

It’s common knowledge that Lisa and SJ are close friends, and support each other on the tour. So playing against the other is never easy for them.

I looked at the clock there, and it was only 20m. “Lisa will be disappointed if she doesn’t do well in the third” I thought.

She must have heard me!

She led the game 4/1, 7/3, 9/6, got herself in front and was dispatching her accurate attacks, mixing pace and height beautifully. A well deserve é 10/8 game balls… that came and went, at the end of long and intense rallies. 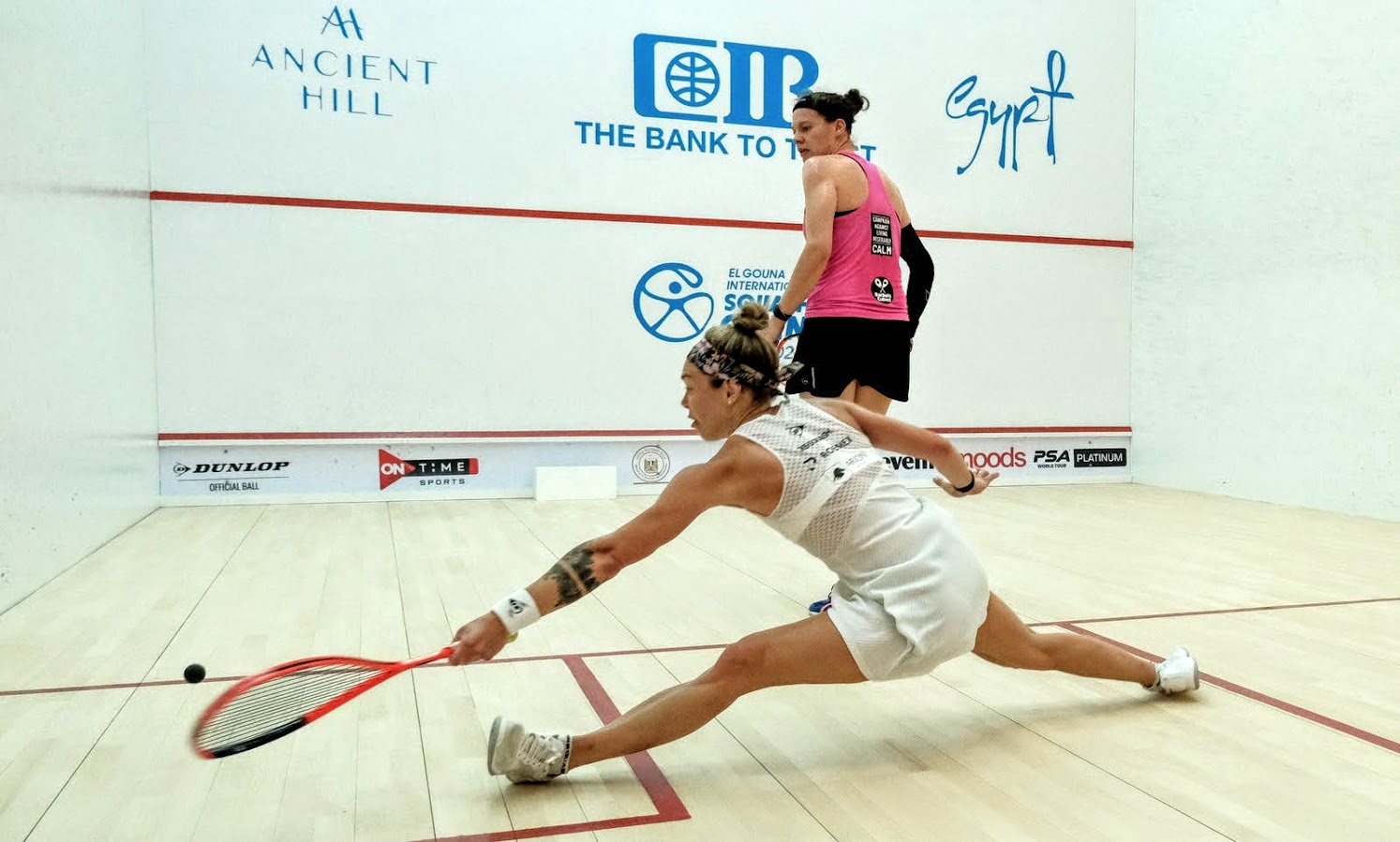 Lisa was to get another chance, 12/11, but it was the Gladiator that EVENTUALLY close the match on her 4th attempt, 18m match.

As SJ admitted, Lisa will be going up the rankings… Hear hear. 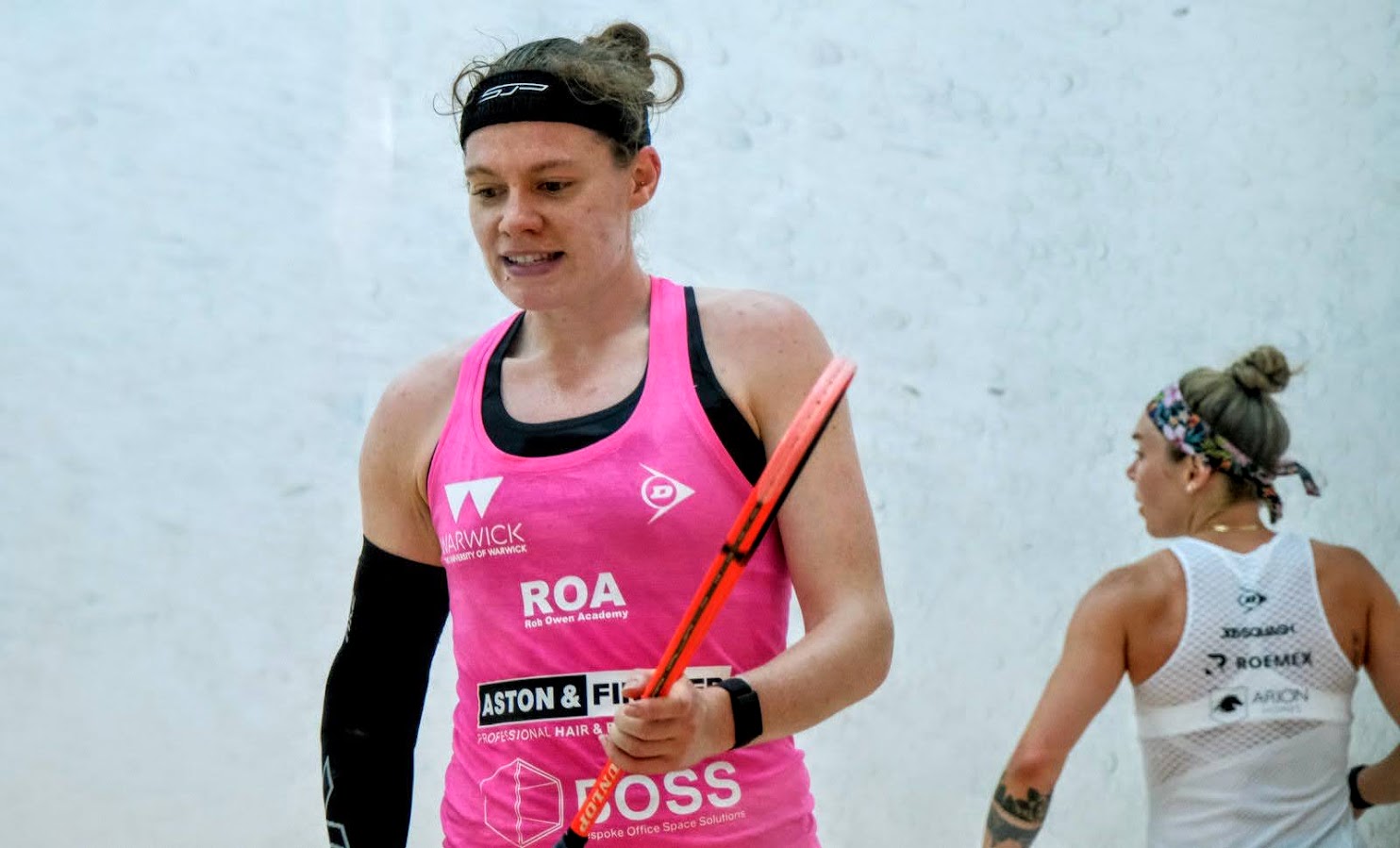 The ball was just flying around, so I couldn’t make the court big like I like to, and WHO CUT THE AC??? Yesterday, it was freezing, and today, it’s boiling!

“We’re very good friends and it’s always difficult playing someone when you are good friends, but I know the danger she possesses, particularly when she gets the temperature in the ball and was flying around like she did today. She was getting on the ball early and she has been working hard on her short game. She’s a great athlete too, so there is no reason why she can’t keep going up the rankings, she had a good win yesterday.

“I had to find the weight of shot to the back so I could get control of the middle. In patches I did that, then in patches she was trying to stop me doing that, and she’s not just going to sit back and let me do it.

“She’s far too much of a fighter to do that. Every time I got control, she was trying to stop me doing that and get onto the ball as early as she could to hold me and change my movement up. That’s what players try and do against me and I have to play well enough and in the right way to contain that. 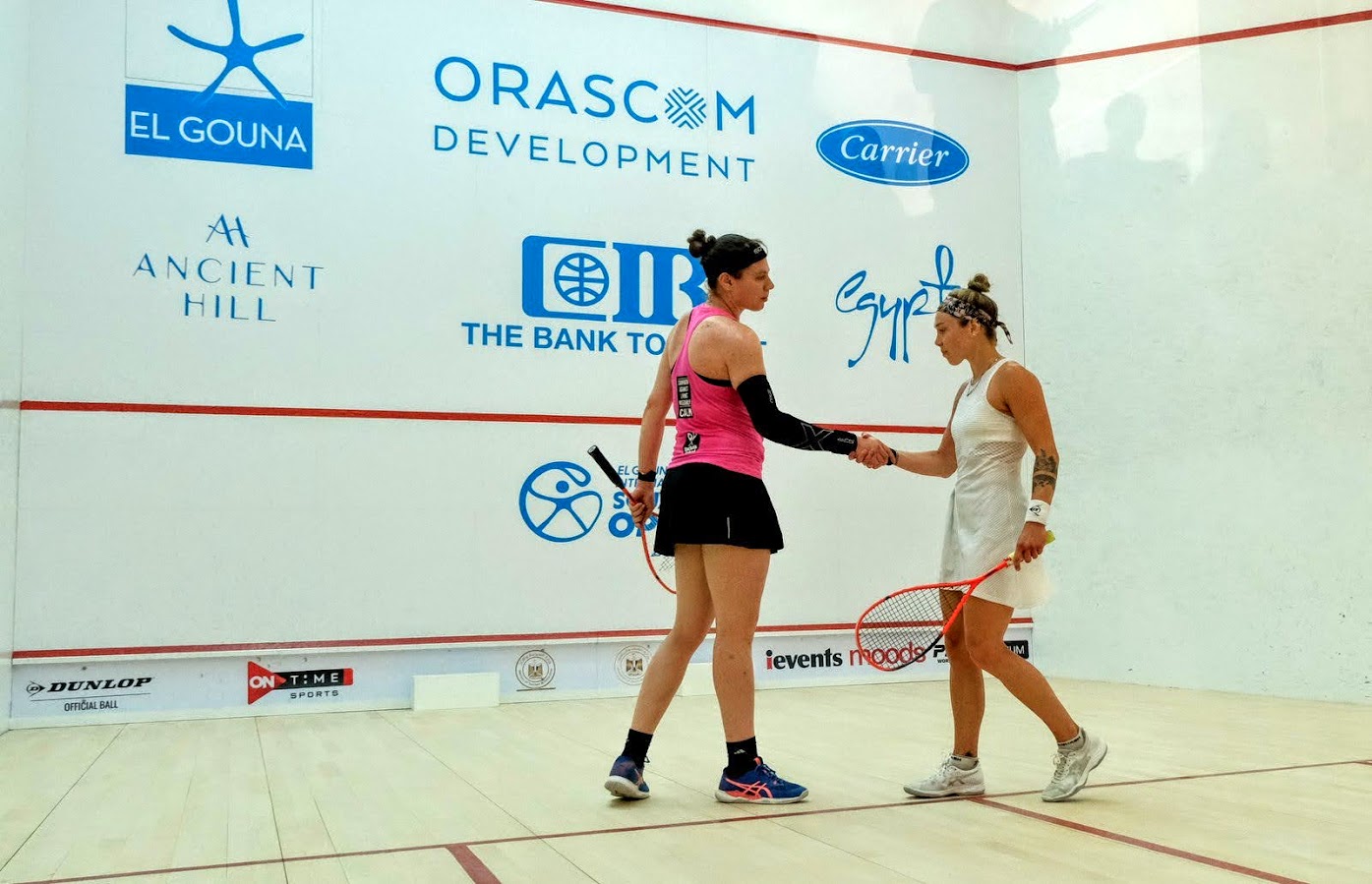 “I still had plenty of confidence that I was doing the right thing, but Lisa was throwing everything at me there at the end. I backed myself to keep the ball out of the tin at the crucial times and I did that today.

“I’ve got plenty of good memories in Egypt. There are a few boat trips that we’ve been on after the tournament which have been fun, me and Lusty [Victoria Lust] got a bit out of our depth swimming in the sea, it was a bit past our swimming level, but Joelle ‘The Dolphin’ King had a fun time laughing at us. It’s always fun here in Gouna, it’s a really chilled place and I’ll enjoy going for some dinner at the Marina later, it’s a really nice place to be.”