World No.4 Mostafa Asal produced an assured, almost low-key, performance to stun World Champion Ali Farag and reach the final. Newly-crowned World No.1 Farag came into the match the favourite, due in no small part to his dominant 11-1 record against Asal and having won the last five meetings.

Asal made perfect start in his bid to overturn Farag’s advantage, taking the opening game 11-4 in 14 minutes, with Farag unable to force the 21-year-old, who had spent a gruelling 214 minutes on court to reach tonight’s match, to exert himself too much.

The World No.1 attempted to take the ball earlier in the second, but was thwarted by intelligent and controlled hitting from ‘the Raging Bull,’ who took a commanding 2-0 lead with an 11-6 win.

Farag went short in third, leading to some exciting high-tempo squash that put Farag’s reactions and Asal’s famed court coverage to the test. The tactic paid off for the 30-year-old, as he pulled a game back with an 11-6 win.

In the fourth, it was the turn of Asal to attack the front, as the World No.4 continued to mix his physical dominance with tactical nous, earning six match balls as he stormed to a 10-4 lead. Farag overturned two, but in the end the lead proved too great, as Asal took the game 11-6 and the match 3-1. 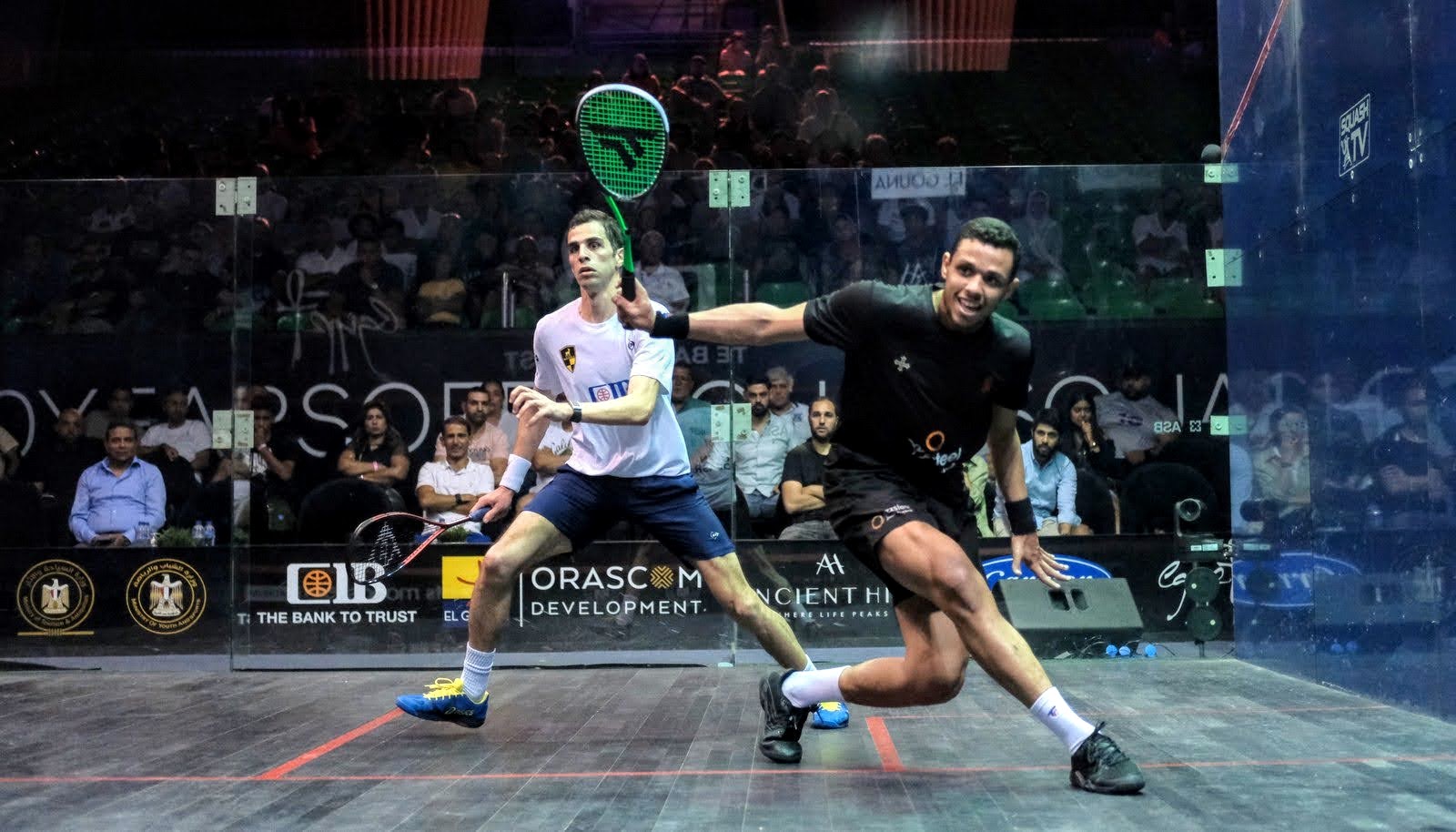 “I think me and Hania are at the same age and every time she plays before me, if she plays Nour, if she gets the win I have the feeling that I could win, because we always play World No.1.

“I want to thank Ali for a good match and congratulate him for World No.1. The achievement this week, he’s definitely going to be fatigued today, mentally and everything. I’m so happy and glad that I did it today, all my family and coaches who believe in me, my physio who’s doing an amazing job with me, he’s doing three sessions a day with me in recovery. I’m so happy and glad to have the win today.

“I’m always losing to Ali, I lost 11 times to Ali and it’s been tough. But today, I stuck to the plan, my head was inside the court and I didn’t argue or do any stuff if the decision was bad or wrong or good. I’m happy with my strategies today and I want to thank everyone who came today, all my friends from Cairo!

“Paul is an old rival. We setup good clashes in Egypt and his performances have been unbelievable over the last couple of tournaments and he was World No.1 two days ago. It’s going to be a tough match but with this crowd we’re going to get the tournament on Egyptian soil!

“For sure, the crowd is going to be all over the place tomorrow and boost my confidence and my performance.”