Wildcard Aly Abou Eleinen continued his superb tournament after he followed up an opening day win over former World No.3 Omar Mosaad with a comeback from two games down against World No.17 Saurav Ghosal. 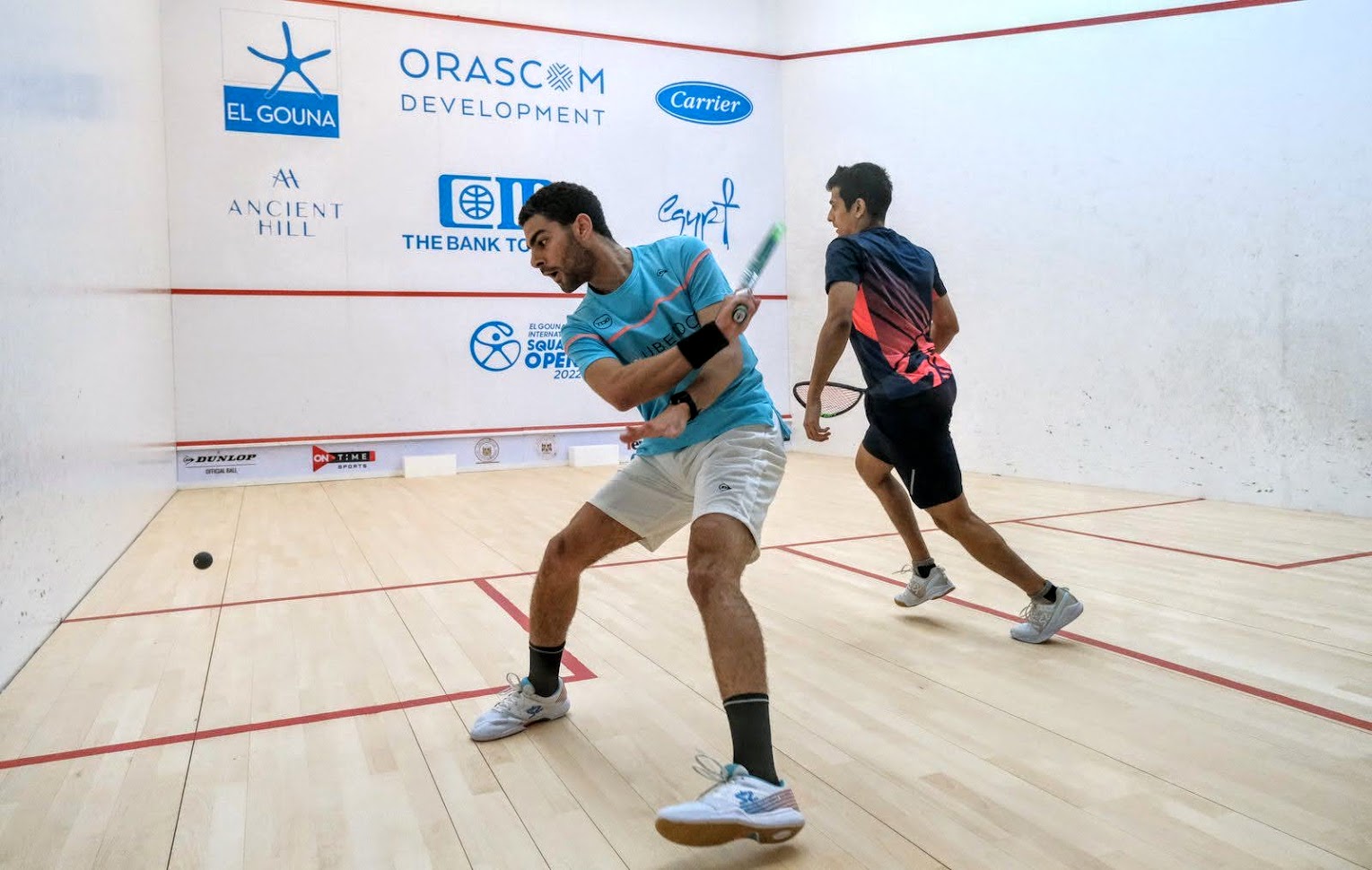 Eleinen is appearing at only his second PSA World Tour Platinum event – with last year’s El Gouna International being his first – but the World No.76 has now reached a maiden third round after a dogged performance against Ghosal.

22-year-old Eleinen looked down and out after falling two games behind but dug in his heels and battled to victory over the course of the next three games, which included a tie-break in the fourth.

His maiden third round fixture will be against former World Champion Tarek Momen, who got the better of England’s George Parker in four games. 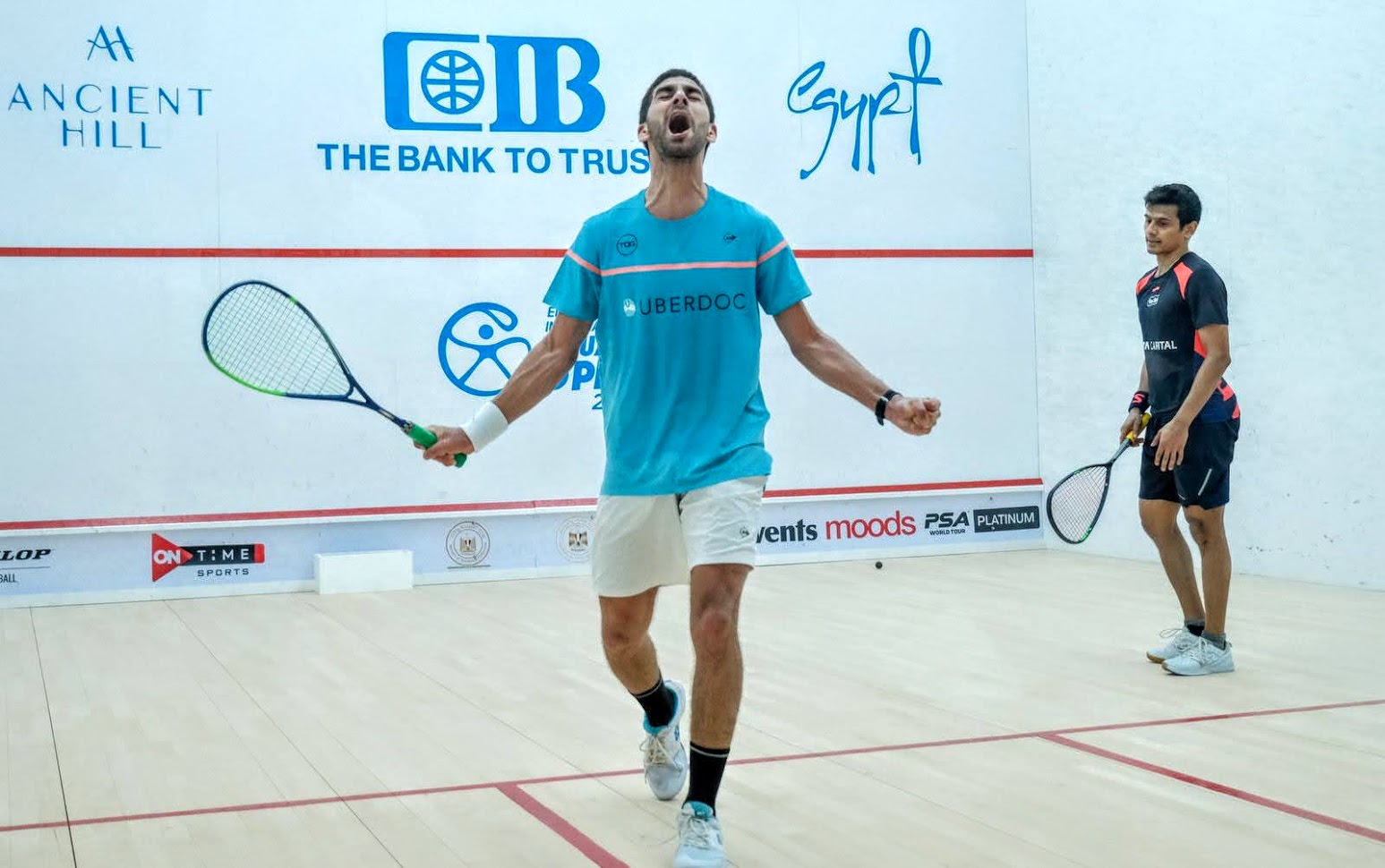 I have been watching Saurav for such a long time, he had a great season, I watched him in the TOC having a fantastic match against Diego, I’ve enjoyed watching him.

Coming in, I knew that he likes playing at the front, so I tried to reach the backcorners as accurately as possible. In the first two games, I tried to play a fast deep game, find the corners at the back, be patient and wait for him to attack.

But he was way too quick. I was way too passive, I had to find ways to attack him. But every time I attacked, he was so good at the front. So for me it was a matter of stay tough, stay strong, and count on my physicality to get through. 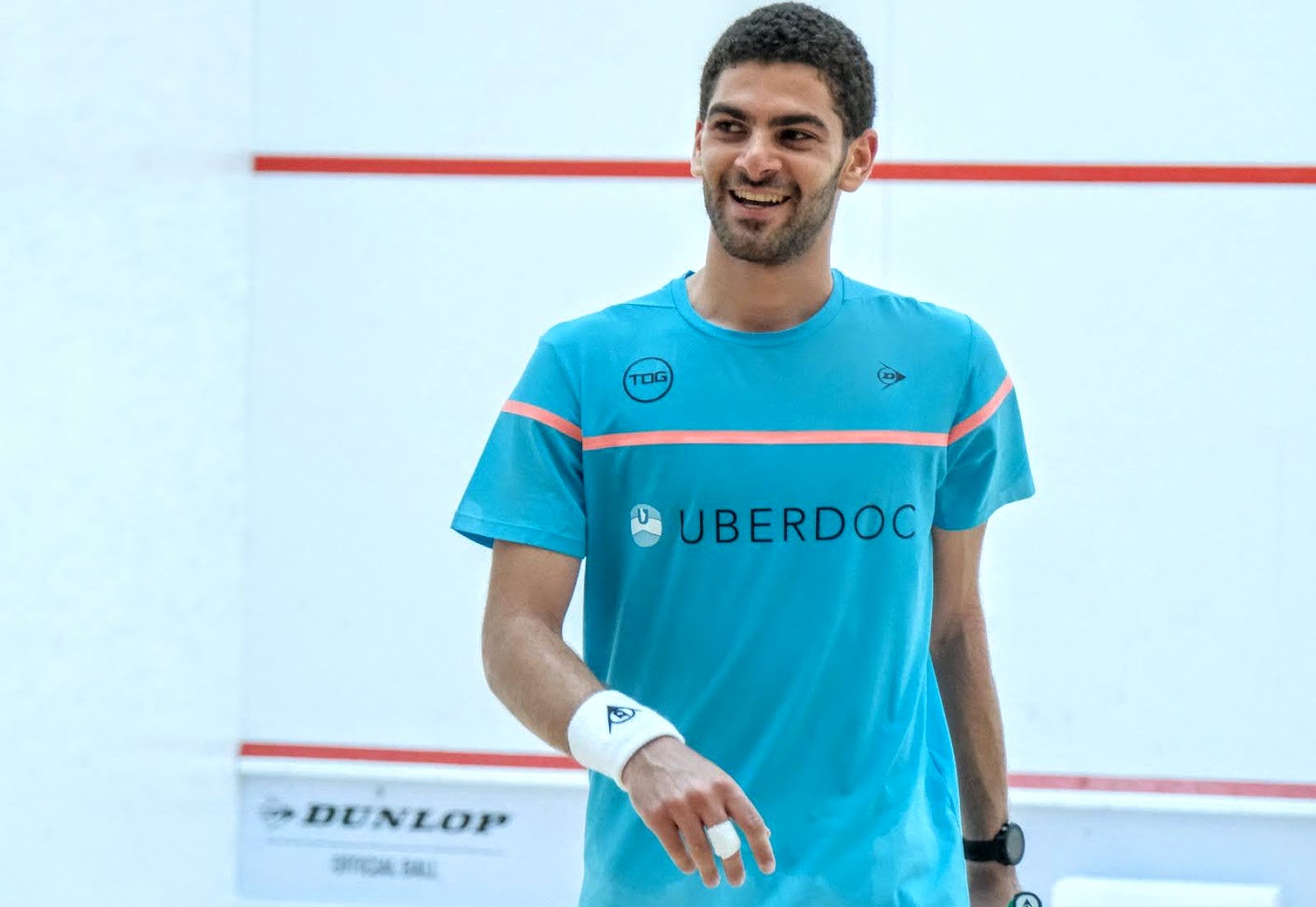 When I was down two love, I told myself, it came down to two things, give up or keep fighting. But here in El Gouna, I’m always going to keep flighting.

And when I saw Mansi coming to watch me play, the minute I saw him I just switched on, and I was like he gave me the opportunity, and I was never going to let go of it.

And now, I get get to play my idol, Tarek Momen. I’m enjoying every moment, I’m just going to have to recover and come back stronger tomorrow. 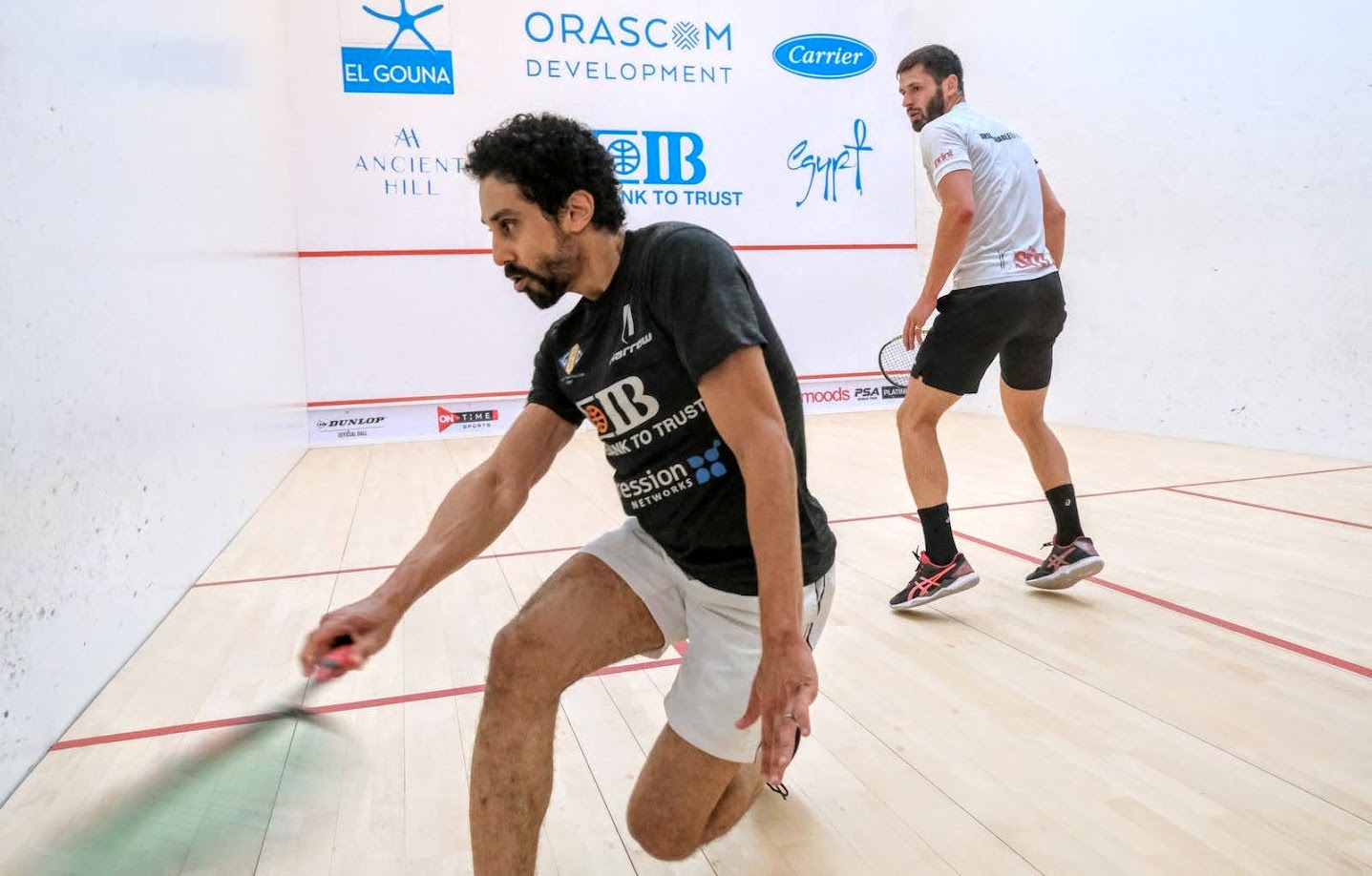 The problem for me of course was the fact we never played so playing someone for the first time is always tricky, specially when he is as good as George.

In the second game, I think I was still playing well but, I got rattled a bit with the ref. There were a couple of decisions I was not happy with, and they came out like towards the end of the game, I thought they were a bit harsh. I lost a bit of focus, and all of a sudden, George was back, playing brilliant squash and he managed to close it out.

All I had to do was to regroup in the third, which thankfully I did. I played much better and although I was playing more focused and better squash, he was already in the match and playing much better as well. We had a well contested third game, I managed to close that one out.

in the fourth, I had a good lead, and I kept it towards the very end, and happy to have closed it in four.

Ali must have played extremely well to beat Saurav, he played really well to beat Omar Mosaad yesterday, and he will be another opponent I have never played in a tournament, but thankfully, I have played him a few times in practice. i know what to expect, he is tough and very hungry. So I need to prepare myself for a tough one.